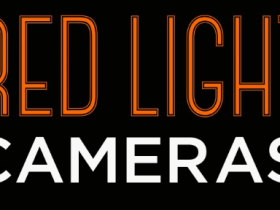 For generations, we’ve been told that experienced drivers are just better than youngsters. But repeating something doesn’t always make it true, and this is one area where society’s opinions are fairly wide of the mark. Now by no means is this a rant aimed to moan at older motorists, especially as millions use the roads well. Instead, the purpose is to defend the young road users that often get tarnished for no real reason whatsoever.

The idea that young drivers are bad isn’t only something believed by the public. Car insurances reflect the idea that boy racers and inexperienced drivers are more dangerous. While the stats do point towards a slight increase in crash probability, it’s worth taking variables into account. For example, youngsters are more likely to use the roads at night compared to senior citizens.

Meanwhile, the distractions that used to harm young drivers are becoming a thing of the past due to increased technology. When a problem does occur, however, inexperienced drivers

Young drivers may lack the experience to deal with certain situations, relying solely on experience. On the flip side, though, their education is far more relevant. Many older drivers have either forgotten their lessons or have picked up bad habits along the way. On a similar note, experienced road users often become far too confident, which can lead to mistakes. Likewise, their understanding of the theory side can suffer too.

Being a good driver isn’t all about safety, though. Given the costs of driving, many younger drivers are forced to learn efficient driving to make their money last longer. Moreover, most of the best cars for first-time drivers tend to carry smaller engine sizes. From a financial and environmental perspective, this is a positive for the younger driver.

know how to find a local car accident lawyers. They’ll take quick action whereas some older drivers try to find a solution. Unless it is a tiny bump with no human injuries, the professional approach is always for the better.

Better still, young drivers are more likely to fix car issues themselves. The internet generations know how to make good use of tutorials and video guides. Whether it’s fixing a tire or improving the health of the engine, this can save a lot of money in the long run. Even if they can’t fix it themselves, inexperienced vehicle owners won’t leave the issues untouched. Older drivers frequently allow problems to escalate until they become major risks.

Perhaps most importantly, the majority of young drivers are aware that other road users look down on them. Even family members will make negative comments when they are passengers. As such, many inexperienced motorists are determined to prove the doubters wrong. In the very early moments, this can result in nervousness. After a little while, though, it makes them better drivers than ever.

Are there bad young drivers on the road? Certainly. But it’s also worth noting that the vast majority are safe and responsible road users that are no more likely to cause accidents than anyone else. When added to the benefits that gain from their youthfulness, they are, in many ways, the best drivers out there.