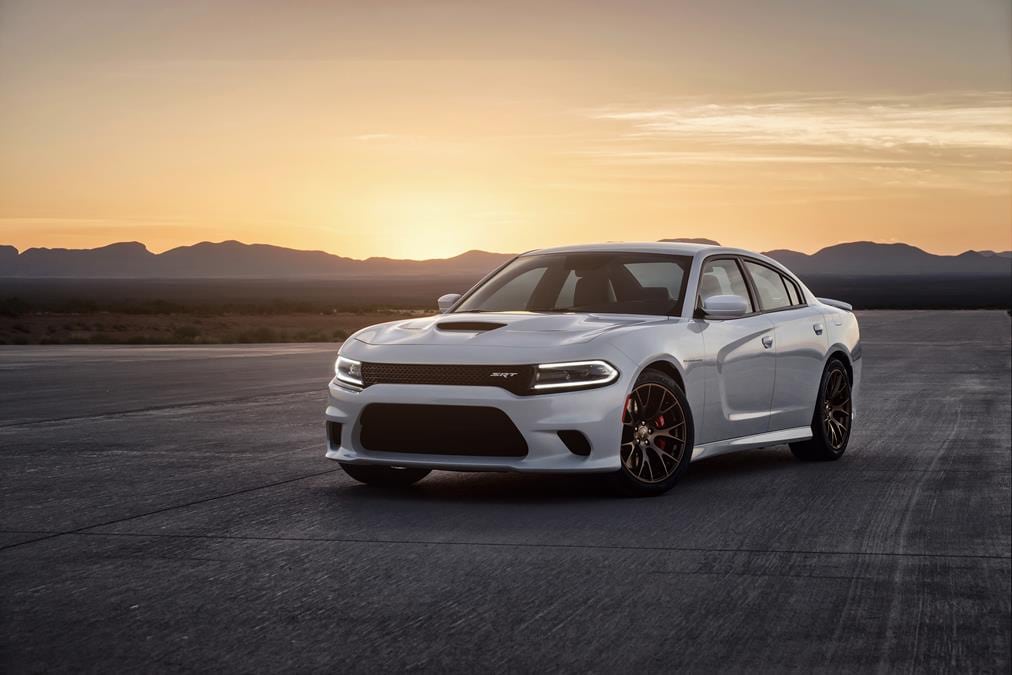 The Dodge Challenger is a big, burly coupe with tons of back roads credibility to its name. Everything about this car is muscular, from its huge size to its heavy haunches and low roofline. The 2018 Dodge Challenger GT takes that a step further by adding all-wheel drive to that testosterone mix.

The 2018 Dodge Challenger GT is, like all of the Challenger models, a heavy, thick muscle car. Of all of the current crop of muscle and pony cars on the market, the Challenger alone holds to the brand’s serious identity as a purely horsepower-driven coupe. It’s as much nostalgic as it is blue-collar madness. The Challenger actually plays on the 1969 and 1970 Charger model, which was similar in shape and size and which boasted far more umph than nearly any other car in existence at the time. The Charger, meanwhile, has become a four-door muscle sedan popular for its mixture of family friendliness and power.

The 2018 Dodge Challenger GT takes the huge Challenger two-door and puts a well-considered all-wheel drive system into its drivetrain. Some might be disappointed to learn that this AWD option can only be coupled to the V6 engine option, but there’s plenty of umph in that little six banger to get the job done.

The Challenger GT is itself a trim point for the Challenger model and thus only has options to be added to the base level accoutrements found in the big AWD coupe. It comes well appointed with lots of goodies, including: The extremely muscular exterior of the Challenger is impossible to ignore, especially in the array of cool color schemes available for the coupe. The GT model includes striping and GT-specific badging.

Inside, the 2018 Challenger has a huge amount of space for a sports coupe, with ample front seating for adults of any size and a rear bench that seats up to three with enough legroom for average and smaller adults as well as kids. Seating all around is comfortable and well bolstered.

The dashboard and center stack are very nostalgic in their look, with heavy padding and lots of bigness to their presence. Some have said that the interior design of the Challenger is outdated and not very upscale, but we beg to differ as we really like the look. It matches the car very well and provides an ensconced comfort not normally found in this class of vehicle.

Infotainment in the 2018 Challenger is Chrysler’s Uconnect system, which is easily the best in the business right now. With easy to use controls, fast menu responses, and the ability to do everyday things like speech-to-text for messaging, it’s tops in our book.

The 2018 Challenger GT has extra items in the controls that are related to its AWD system. Most important of these is the ability to both lock the center differential and the ability to open it, disconnecting the front axle for pure rear-wheel drive performance. When driving in the dirt and sand, Dukes of Hazzard style, that latter item is important to know. The drivetrain in the 2018 Challenger GT is very well done. Doge put some effort into the AWD setup and it really paid off. The 305-horsepower 3.6-liter V6 outputs plenty of go for the Challenger and, more importantly, offers a fairly long power curve for the 268 pound-feet of torque output.

An eight-speed automatic transmission translates that power really well, putting the power in a rear-biased differential that muscles all four wheels. Fuel economy in the 2018 Dodge Challenger GT is good at 19 mpg in the city and 30 mpg on the highway.

The Challenger GT is a lot of fun to drive as a performance machine, especially in those situations where it’s really at home. Dirt tracks and snow seem to be its forte, as we might expect. We had the chance to drive the 2018 Challenger GT on the ice and in the snow as well as on dirt during our week with it and found it to be more fun than just about anything else you could name.

The big, heavy coupe is easy to maneuver and dance when not on the pavement, if the driver allows the inertia and powerful rear-drive bias to work their magic together. On the snow and ice, for example, we put it through a gymkhana course and learned to counter-turn and throttle goose it into half-moon 180s and sideway slide through slaloms. In the dirt, while handling is a bit different in details, the same rules apply and the big Challenger GT beast will rock a dirt track with abandon if you let it. In everyday driving, the Challenger GT is a surprisingly smooth drive for its bulk. A big, heavy vehicle like this often imparts either a lot of roll or an over-stiff maneuverability that grates. Instead, the 2018 Dodge Challenger GT is a big, floating machine like cars of yesteryear. Some may not like that, but we love that reminder of how great it was to drive a tank of a car back in the day and are impressed that the modern equipment of the Challenger allows this while keeping things like backup cameras, stability control, traction control, and the like all safely in place.

Those who wonder will be glad to note that the GT model’s AWD means that the Challenger handles really well in corners when compared to its siblings in the Challenger model lineup.

There are two main rivals to the 2018 Dodge Challenger, none of which include all-wheel drive as an option. The traditional competitors are the Ford Mustang and the Chevrolet Camaro, both of which have plenty to offer on their own. Neither is equivalent to the Challenger GT model, however, so comparisons are moot.

The 2018 Dodge Challenger GT is a great mixture of nostalgia and modern technology with a beautiful all-wheel drive system that the Duke brothers would have swooned over. The Challenger is both a fun muscle car and a car you can live with everyday with a back seat large enough to accommodate the kids on occasion.