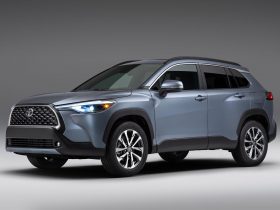 Pure McLaren, the exclusive driving program of McLaren Automotive, that gives both McLaren owners and prospective owners the chance to experience the performance of the cars in the controlled environment of a race track, will launch in North America in 2018.

All Pure McLaren events offer not only the opportunity to enjoy the McLaren range of road cars but also track-only variants. In addition, participants can choose to improve driver skills or even select a  path to progress through the advanced coaching program for those whose aim is to go racing.

For the first time, Pure McLaren will offer an introductory calendar of three events for the 2018 season, visiting some of the finest North American circuits:

Ranging from a half day course with driving coaching sessions in a McLaren 570S, to a full day circuit experience in a McLaren owner’s personal car, all the courses let owners and prospects enjoy McLarens in their natural environment – on the track. Bespoke elements include one-to-one driver coaching with professional race drivers, video analysis and telemetry sessions, a dedicated technical team and pit garage set up, along with VIP hospitality, hotels and circuit transfers, allowing the guest to fully focus on their time behind the wheel.

Also offered is the two-and-a-half-day long Performance Academy Race Level 3 course that takes place behind the wheel of a McLaren 570S GT4 race car, and qualifies a participant for a full IMSA GT racing license.

Further details of the 2018 Pure McLaren events in North America can be found by e-mailing the team at: NAexperiences@mclaren.com or by visiting the website at: http://cars.mclaren.com/experiences/pure-mclaren