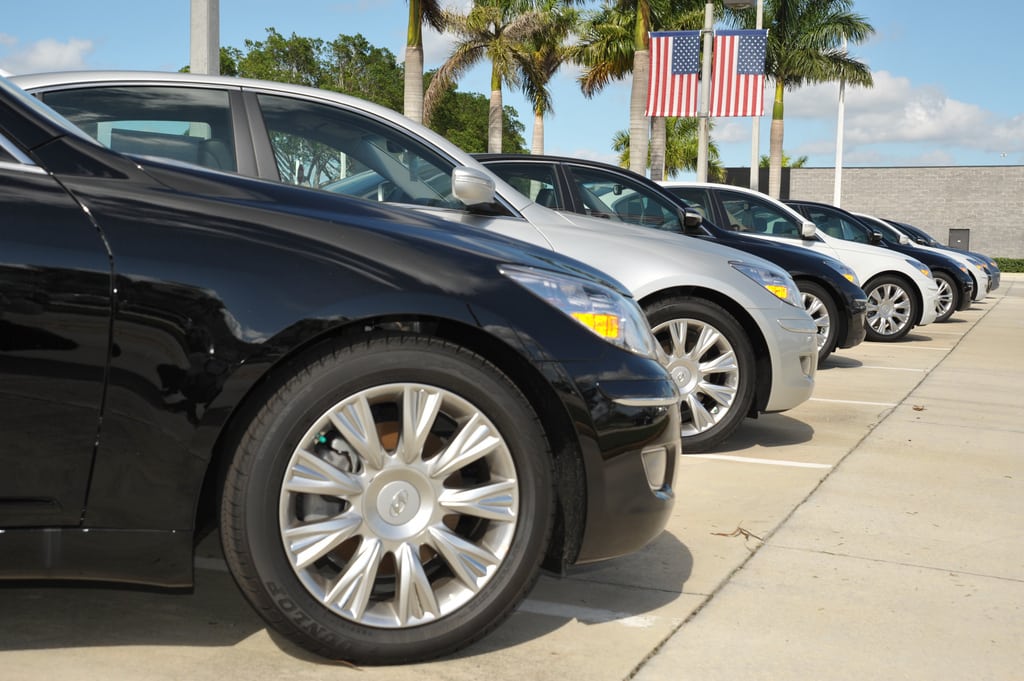 Want To Sell Your Car For A Good Price? Avoid Making These Stupid Mistakes!

Despite the statement that no man is an island, we all secretly like to think we are, don’t we? Whether you like to think of yourself as Ibiza or Fiji, there’s something reassuring about being self-sufficient. Imagine never having to rely on anyone else again? It would be bliss, wouldn’t it? But, alas, it seems no man is an island, and at some stage, we all need to let someone else in. If you aren’t convinced, consider that isolation can lead to serious health problems.

But, what about what it comes to life on the road? When driving in your car, are you not a self-sufficient unit? Some would even say an island. Sure, your life might not have reached the heights of Peru, but your driving self can, can’t they? After all, you do have complete control over everything which happens in the safety of your car. It’s down to you to ensure passengers wear seatbelts, and that the speedometer never rises above the limit.

Sadly, these points do not an island make. Considering your driving life as self-sufficient is as destructive as trying to function as an island yourself. The fact is that other people play as much a part in our driving lives as they do in our day to days. If you’re still convinced you want to go the journey alone, we’re going to look at the issues a driver set on the solo experience could encounter. After reading these, you’ll want to let other people enter your driving psyche sometimes.

This is a simple point, but it’s an excellent place to start. The fact is that you won’t even be able to start driving without first accepting the help of an instructor. Even if you fancy yourself a natural in this field, driving is an intricate matter. Knowing the basics doesn’t ensure you’ll be safe when you hit the road. It certainly doesn’t guarantee that you’ll pass your test. And, trust us; you don’t want to have to take that more times than necessary. So, your car stops being an island before you even start your driving journey. The good news is that your instructor could be a passing visitor if you seek an outside company. Even if you turn to a friend for this, there will come a time when you are free to drive solo. But, you won’t get there alone. Even if you sat in a car for hours and memorized everything, there’s no chance you would end up a pro. An instructor can teach you invaluable things, such as how to check your mirrors, and how to hold the wheel. We do all alter and change these things once we have a better grasp on our personal driving habits. Still, they’re good building blocks for your driving foundations. And, you would never be able to build them strong enough without someone else giving you support. That’s a fact.

There was a time when people used street signs, maps, and their initiative to get them where they needed to go. But, that time is behind us. Now, we’re in an age where you won’t get anywhere fast unless you let tech into your car. Sorry to break it to you, but that does mean letting someone (or something) else help. For the most part, we are of course talking about sat nav. With one of these hooked up to your dashboard, you can find your way to any destination with ease. The downside being, of course, that you have to invite that irritating voice into your car to achieve it. The good news is, you can change the sound or download options you prefer better. You may as well opt for company you can bear if you have to have it, right? In the very worst case scenario, you could mute the voice and merely use the visual to guide you when you stop at lights. Of course, sat nav isn’t the only tech benefit which could improve your standard of driving. You may also want to make use of voice-controlled infotainment systems. Using nothing more than your voice, you can ask this system for traffic updates, music, and much more. If it makes you feel better, you could even argue that you’re still an island with these assists in place.

Risks on the road

No matter how much you fancy your driving self as a fully functional unit, the plain fact is that you aren’t the only driver on the road. Worse, a failure to consider this could leave you in all manner of trouble. Any driver will tell you that full awareness is essential to ensure you don’t crash into the drivers around you. You need a sense of both the speed of other cars and your distance from them. And, you won’t get that if you’re only focused on what you’re doing. Paying attention to other drivers is also essential in that they could pose risks. More often than not, it’s the drivers around you who represent the most substantial risk on the road. If they suddenly swerve or stop paying attention, only your reflexes can stop a crash. For that reason alone, your vehicle is not an island. It’s one in a long string of cars like it, and the sooner you accept that, the more chance you have of staying safe. You may think that focusing solely on your driving would be enough, but that just isn’t the case. Accepting it now can stop you from learning the hard way.

Desperation when the worst happens

Even when you do start paying attention to other drivers, the worst can happen. Being involved in a car crash is never pleasant. You can bet, though, that it’ll be even harder to cope with if you don’t accept the help out there. The fact to remember here is that you’re never alone in cases like these. The one most important point to bear in mind is that you should never attempt to drive home and deal with your trauma alone. Even if your car is still in one piece, the shock of an accident can leave your brain muddled. Either find the number of a towing service or ask a friend to bring your car home for you. Make sure, too, that you take steps to contact lawyers who specialize in car accidents if the other driver was at fault. If you try to deal with the aftermath alone, the other driver could try to place the blame on your shoulders. And, without proper representation, you could fork out a fortune for their mistake. By contacting your own representation soon after the event, you can rest easy that someone in the know is collecting the necessary evidence. Then, you’ll be free to focus on your all-important recovery. That wouldn’t be an option if your car really were an island. See; this letting people in stuff isn’t so bad after all, is it?

Admittedly, there are a lot of things we can do to our cars to keep them up and running. General checks are a standard aspect of car ownership. But, it would be naive to assume that your tests alone are enough to keep your vehicle ticking over year in and year out. Again, letting people in here is the best chance you have of avoiding major mechanical faults. The fact is that your knowledge is minimal. A YouTube tutorial does not a mechanic make. Your best bet, then, is to accept this and take your car to the garage at regular intervals. The best option there is a full check at least once a year. That way, there’s no risk you’ll face issues when you’re in the middle of nowhere. Then, you really would be on your own. For once, you wouldn’t be grateful for it, either.

Another downside of not letting anyone in is that you would need to burden all the costs of your vehicle. After a car crash, that means forking out for potentially excessive repairs. In some cases, you may even have no choice but to buy a new vehicle. Even if you do manage to stay safe, you’ll pay full whack for things like breakdowns and maintenance issues. Over time, these could clear out your savings and even leave you in severe debt. But, it doesn’t need to be that way. By looking further afield, you pay for things like breakdown cover. Most notably, you can also reach out to insurance companies. They will cover the costs of things like accidents so that you don’t have to. This does mean paying a monthly fee. Still, that’s far better than having to shoulder excessive one-off payments. Plus, it ensures you can turn to somebody else to take care of things so that you don’t have to.

When you think about things like this, being an island doesn’t sound half as appealing after all.