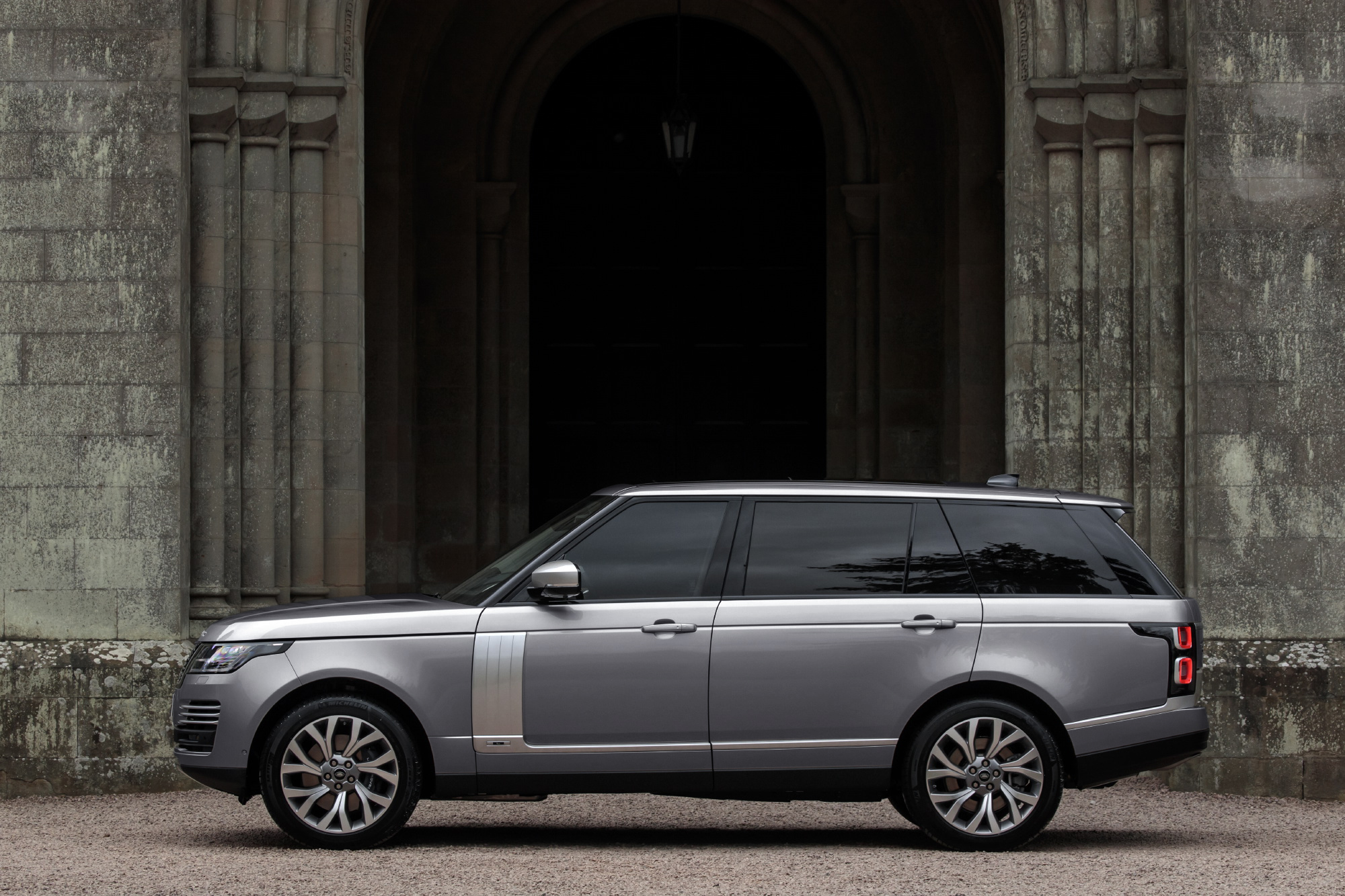 2020 Range Rover Will Have Straight-6 and Mild Hybrid

Visitors to the Meguiar’s booth #23643 in the Central Hall at the 2018 SEMA Show in Las Vegas will be the first to view the 1970 Dodge Charger “Evolution” by Wisconsin-based SpeedKore Performance Group.

The vehicle earned its name by evolving from the SpeedKore Dodge Charger “Tantrum,” which gained prominence in The Fast and The Furious movie franchise. Heralded for its use of advanced carbon fiber composite body panels and 1650hp 9.0L Mercury Racing twin-turbo engine, “Tantrum” won admirers around the world. 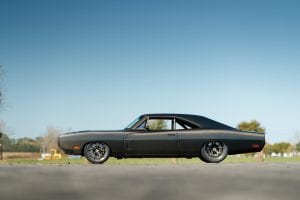 “Evolution” earned the name by becoming the most advanced 1970 Dodge Charger in the world thanks to a fully carbon fiber body structure – from roof to quarter panels, fenders to doors, trunk to hood. It also sits on a CAD-designed SpeedKore frame and cage. It is powered by the latest 6.2L supercharged Hemi V8 from Dodge Challenger SRT Demon but its 840hp Hemi has been modified for this application to further enhance the Charger’s power to weight ratio.

The impetus behind “Evolution” was to create something more usable than “Tantrum.” Addressing its monstrous power output and steel structure, Dave Salvaggio, vice president at SpeedKore Performance Group, was confident he could improve the recipe. “We had a target weight of 3200-pounds,” he said. “We achieved this with our in-house carbon fiber body panels, while the floor could be aluminum because our new steel frame and rollcage would give us the strength we needed. The plan was to also incorporate the latest Dodge powerplant to provide stunning horsepower in a reliable and drivable package.”

The build began almost as soon as the doors closed on SEMA 2017 with initial renderings followed by CAD models and fabrication. With one team constructing the frame and cage, the craftsmen in the carbon fiber department simultaneously began replicating the original Charger body panels in the highest quality pre-preg composite. Fortunately, the in-house SpeedKore autoclave is large enough to accommodate a one-piece roof panel, hood, quarter panels, and more. 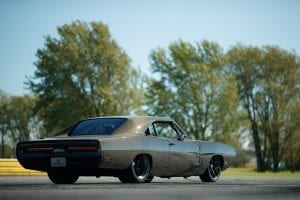 Not only is the carbon fiber incredibly light and strong, it is built to OE standards and drew the admiration of the team at Meguiar’s, who deemed the exceptional quality suitable for display in its SEMA 2018 booth #23643. In fact, “Evolution” is the only car to be displayed in the Meguiar’s booth with a fully exposed carbon fiber body rather than a painted finish. “Evolution” has a clearcoat finish to ensure the panels are durable and easily cleaned, but the SpeedKore carbon fiber is in full view for SEMA visitors to admire.

What isn’t carbon fiber on the exterior is billet aluminum, machined in the SpeedKore headquarters in Grafton, WI. This includes the door handles, fuel cap and unique grille. All are finished in a bronze-nickel coating, which is complemented by the HRE wheels and the subtle bronze hue in the carbon fibers.

“Carbon fiber is one of our in-house specialties,” Jim Kacmarcik, president of SpeedKore explained. “We’re very proud of our quality and the people who create every perfect piece. We believe our carbon fiber is among the best in the world and we’re incredibly flexible in our approach. We do everything from full body conversions to individual panels and accessories, as well as our late-model OE upfit packages for the latest Ford Mustangs and Dodge Challengers.”

The lightweight body sits on a custom 2×3-inch steel box frame that was CAD designed and fabricated by SpeedKore. It mounts the Hemi engine and drivetrain, providing suspension pick up points for the coil-overs at each corner and the rack and pinion steering. Aluminum was used for the floor, firewall, CNC cut and hand-formed transmission tunnel, as well as the radiator shroud. There is also a custom 14-point rollcage to add three-dimensions of rigidity, while the fuel and oil lines are concealed in the frame rails for safety and aesthetics. 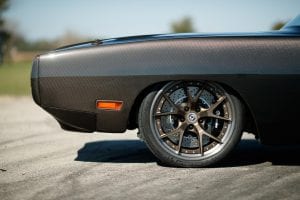 “With these modifications, the Demon engine is producing a dyno-proven 966hp,” Dave Salvaggio said. “It gives “Evolution” tremendous acceleration, but remains docile in traffic.”

To rein in the power, SpeedKore worked closely with Brembo engineers to create a balanced system using Brembo six-piston GT monoblock front calipers and four-piston rears, with 15-inch drilled and vented rotors at both ends. The suspension uses Penske 7500-series double adjustable coil-overs to control the movement of the 19×10-inch front and 20×12-inch rear HRE S101 wheels. These are fitted with 245/35 R19 front and 345/40 R20 rear Michelin Pilot Sport 2 tires.

The SpeedKore 1970 Dodge Charger “Evolution” is the latest and most ambitious project in a long line of custom builds that are setting new standards in the performance aftermarket industry. The company is available for individual projects, as well as OE-standard conversions such as its carbon fiber exterior packages for the latest Ford Mustang and Dodge Challenger families. Visit speedkore.com for more information.