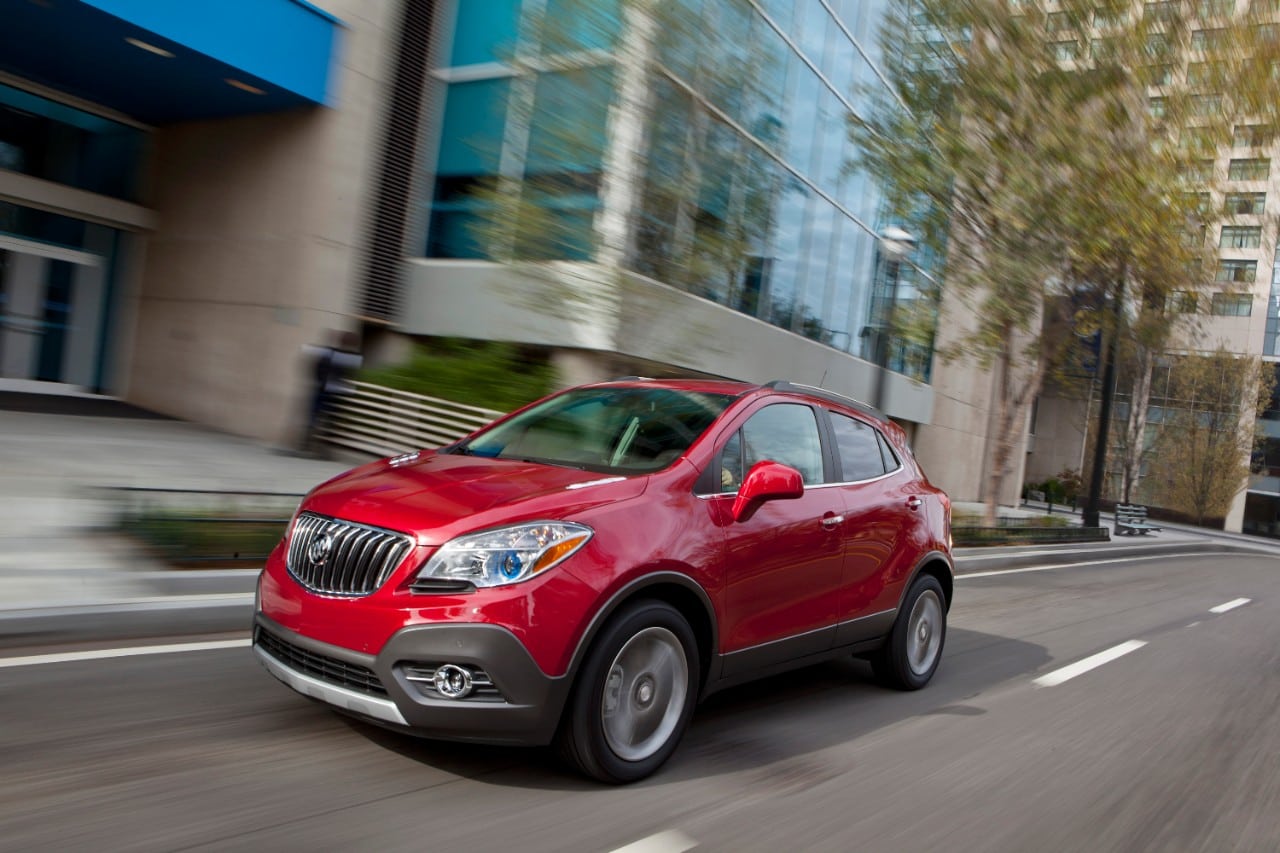 It is not my job or intention ever with my car reviews to sell any brand’s vehicles. I do often get asked for advice. Sometimes that advice is heeded and sometimes it’s not. It’s no skin off my nose whether people listen to my sage advice or not as cars, and car ownership, is so totally subjective. With that said, my tester this week led to someone in my family making a major car purchase.

This week I’m driving the iconic Jeep Wrangler. There’s a loyal Jeep community out there and certainly this off-road legend deserves being called an icon. As I’m driving the Wrangler Unlimited Sahara, I’m getting a lot of looks, and of course, the Jeep wave from other Jeep owners. Most interested was my sister-in-law who is lifelong Toyota owner. She was looking to buy something new and was curious about the Wrangler. She was super impressed with the overall vibe and performance of the Jeep. This was her first experience inside a top-of-the-line Wrangler. She was having fun inside, for sure. A few weeks later, she bought herself a Wrangler and is thrilled with her purchase.

Now she’s part of the Jeep community and is excited to accessorize and customize her Wrangler. She didn’t get the Sahara version and she did not get the optional Sky One Touch Power Top, but her Wrangler is still attractive. 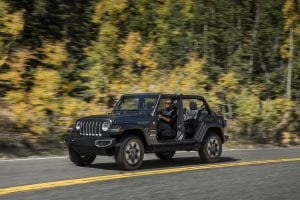 The best thing about the Wrangler is that while it remains modern and current, the Jeep Wrangler maintains its iconic looks. No vehicle on the road today has a more signature look than the Wrangler. My Sahara Unlimited had an attractive look. Bold and rugged, it was a Jeep through and through, but as a top-tier trim, the Sahara Unlimited gave way to some niceties inside that you don’t often find in other basic Jeeps.

My tester had leather seats, heated front seats and a heated steering wheel and full LED lighting. My sister-in-law converted her Wrangler to the LED package and is thrilled with it. But the most impressive thing for me, as someone who has driven numerous Wranglers over the years, is the aforementioned Sky One-Touch Power Top. Hard top Jeeps can be awkward and are a two-person job. Likewise, soft top Jeeps (like what my sister-in-law bought) are better but also come with more work to get the full Jeep experience (that is, tops off, sides off, windows open). With the Sky One-Touch Power Top, the top retracts completely, almost like a convertible with the push of a button. Removing the windows and back doors was a breeze. 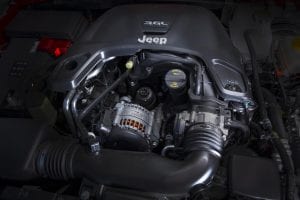 Despite driving it around in brisk fall air, we got the full Jeep experience. And it was this top and this experience that really impressed my sister-in-law. But with a price of almost $4000, this special top can make it too pricey for some, which is why my sister-in-law opted for the soft top. She has no regrets, she said.

I love the Uconnect infotainment system. It’s so simple and wonderful. It’s one of my industry favorites. With Apple CarPlay and Android Auto, it’s just so modern and seamlessly integrates with your smart phone. Now that Waze runs on Apple CarPlay, you can forego the advanced electronic group, which includes a navigation system and 8.4-inch display. Just use Waze or your phone’s navigation system and you won’t even miss it.

From a power standpoint, there’s been a lot of talk recently about the horribly named Jeep death wobble. I did not notice such a wobble in my tester. In fact, of all the Wranglers I drove this one was the smoothest. You’re not used to, or expecting, ride comfort in a Jeep Wrangler. The Wrangler has a base V6 engine that is good and steady. However, the 2.0-liter, four-cylinder engine with a turbo is ideal. It produces 270 horsepower and 295 lb./ft. of torque (which is more torque than the V6 by the way). The eight-speed transmission was outstanding, offering smooth upshifts and down shifts with no noticeable turbo lag either. 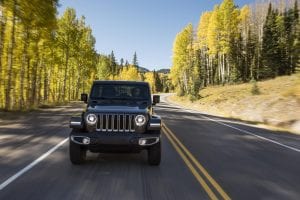 Trimming out a Jeep is a tedious task. There are too many options and too many trims. Choices are good for the consumer, but often can lead to longer times on the car lots deciding which one you want with which options. My tester was the Unlimited Sahara which had a base price of $37,845. But with all kinds of options, including the roof, the navigation, LEDs and the all-weather package, my tester had a final MSRP of $53,675.

The four-wheel drive Sahara with the 2.0-liter engine has an EPA rating of 17 mpg/city and 23 mpg/highway. In a week’s worth of driving, I averaged just over 20 mpg. For a rugged, all-wheel drive Jeep, that’s not too bad. As my sister-in-law said, she didn’t buy it for the fuel-economy.

What you buy a Wrangler for is the fun, the look, and the lifestyle. It’s not my job to sell them, but hey, shouldn’t I get some kind of commission from Jeep on this one?