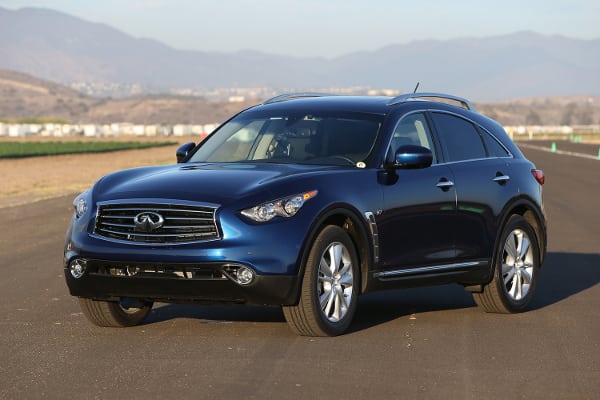 Many of us, myself included, are on weight loss New Year’s resolutions. We’re knee-deep in diet plans, trying to shrink our body sizes. The Kia Forte is doing the opposite in this new year. The 2019 Kia Forte, still categorized as a compact car, after a total redesign has increased its overall length and width from the previous model year. New year, new Forte. Good for Kia, and even better for the consumer who will now enjoy a bigger interior and an affordable compact car that doesn’t feel so compact.

Can I sign up for this type of positive body improvement and go back to eating what I want? 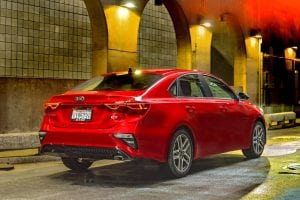 The new-look Forte isn’t overly flashy nor is the restyled exterior overly garish. Rather it’s updated and modern, as it should be. The small front end isn’t aggressive, which is good, because the power and performance are far from aggressive too. The overall exterior styling suits the Forte well. The 2019 Forte is more than three inches longer than the 2018 version and more than inch wider, without changing the wheelbase. The result on the overall appearance is an obviously bigger compact car. And certainly, that increase in dimensions greatly improves the interior space. The beautiful-looking styling of the Forte gives it a streamlined look that will remain current for many years. It looks sporty but looks can be deceiving. 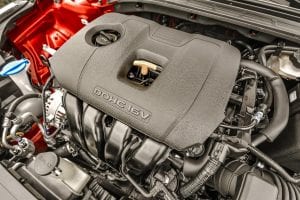 The only real down side to this new Forte is in the overall performance. The 2.0-liter 4-cylinder engine is sluggish. The 147-horsepower performance is pokey off the line. It becomes adequate eventually, but there’s nothing enthusiastic about the Forte’s performance. Even the standard six-speed manual transmission won’t make it an enthusiast’s darling. My tester was the continuously variable transmission (which Kia calls an IVT, intelligent variable transmission) which further added to the drivetrain’s uninspiring performance. In short, the Forte is utilitarian, sufficiently getting you from point A to point B, but if you’re expecting it to be anything more than that, you will be disappointed.

The interior of the Forte redeems any negatives surrounding the driving performance. The bigger dimensions make this compact car feel cavernous. The back seat has tremendous leg room and you can fit three people in the back seat, reasonably comfortable. On the EX trim there’s even luxurious-like features like heated and cooled seats. All of the touchpoints scream high dollar, yet, the Forte has one of the lower starting prices in the entire segment. 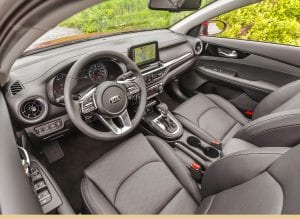 The infotainment system is intuitive and looks great on the 8-inch color touchscreen. The simplicity of how the system works, and integration with smart phones through Apple CarPlay and Android Auto as well as USB chargers and a 12-volt outlet gives this system everything you can want from a technology standpoint.

With the increase in dimensions, the Forte now boasts 15.3 cubic feet of trunk space, which leads the compact car segment, among non-hatchback vehicles. There’s a hands-free power trunk available too.

There are four trim offerings including FE, LXS, S and EX. The basic FE trim has a starting price below $18,000. My tester was the top-of-the-line EX trim, which still had a base price of $21,990. The affordability factor is significant in this ultra-competitive segment. So, from a consumer standpoint, you get more car for less money this year with the 2019 Forte. My tester had a final price of $23,305. Value indeed.

The 2019 Kia Forte has an EPA rating of 30 mpg/city and 40 mpg/highway. In a week’s worth of driving around the suburbs and a little on the highway, I got an impressive 36 mpg. Sure, this car is pokey, but when there’s fewer trips to the gas station, that justifies it.

The new-look, fully-redesigned 2019 Kia Forte raises the bar in the compact car segment by challenging how much quality you can put inside a car, and how much space you can offer in a non-hatchback. Competition is a good thing. The bar is now raised.