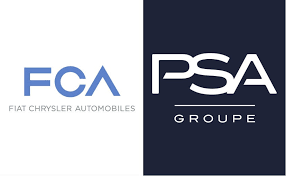 Fiat Chrysler Automobiles (FCA) and Groupe PSA (Peugeot) have agreed to discuss a 50-50 merger of the two companies. The two groups combined would become one of the largest global automakers with presence in all major markets and most emerging markets.

The combination of the companies would tie several things together for the groups, including uniting some of the most profitable automotive brands together into one entity and allow for potential growth in North America, Europe, and Asia. The companies estimate that over €3.7 billion would be saved in immediate synergies alone.

The parent company formed for the FCA-PSA merger would be a Dutch board created by combining the major actors in the two companies’ current boards of directors, including John Elkann (FCA) as board Chairman and Carlos Tavares (PSA) as CEO and board member.

The combination would have benefits for both parties, giving Fiat Chrysler better access to some European and Asian markets and giving Peugeot easier access to the North American market.

The merger is a proposal at this point and would require the approval of various governments and of the boards of each group respectively.