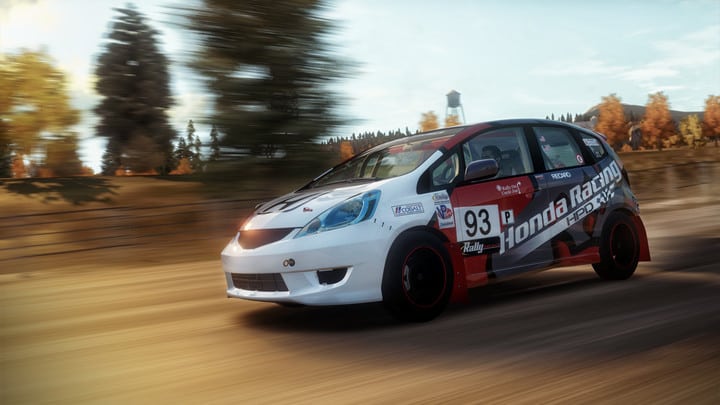 Race fans and performance-minded drivers alike have been tuned in to Honda’s Civic platform for more than two decades, and for good reason. Not only has the Civic’s approach in each generation been conducive to performance customization and tuning, the stock version of the vehicle is light, efficient, and easy to handle. That’s why it also has wide appeal with casual consumers and commuter drivers. Since the launch of the Type R model in Japan in 1997, the line has included a specialized build meant to perform competitively in a track environment. With limited releases in Japan, then an expansion to the European market, the company has been conservative about the availability of the performance model Civic, but in 2017, the very first U.S. Type R made it to market. Now, with new models rolling out important tweaks in 2020 and 2021, the automaker is revising its approach considerably.

As Car and Driver points out, the 2017 release was preceded by a world-record lap time at Nürburgring Nordschleife, in the front wheel drive category. The course, known to some as Green Hell, has 12.9 miles of high-speed cornering with tight turns. The first official Type R for the U.S. market set a time of 7:43.8 on that track, a record that persisted for two years until Renault managed to unseat it. No track record is forever, and two years on top of a world-class track lap time is hugely impressive. So what went into that first U.S. Type R? Here’s a look at some of the changes Honda made from its base design for 10th generation 5-door hatchbacks:

With all these improvements on the already revamped design of the 10th generation Civic, it’s easy to see how the vehicle was set up for success and why it’s become a favorite for speed-minded drivers in the years since it set the record. These are impressive performance additions to an already popular vehicle, and the updated steering design and incorporation of lightweight materials helped push the line’s legacy 306 horsepower engine design to new levels. With the power most drivers expect to see in a mid-sized sports car and the weight of a compact, the Type R design destined for the U.S. gave domestic drivers exactly what they’d hoped to see for years.

If you look under the hood of the 2020 Type R Sport model, you won’t find a lot of difference from the original 2017 Type R for the American market. European versions of this build do have a slightly more powerful engine, at 315 horsepower, but the gearbox and drive train remain the same as in the earlier design. Updates to the 2020 model were meant to appeal to street drivers looking for something that packed a sportier style, and the new Civic did not disappoint. Its aesthetic changes included:

While the exterior changes might just be for show, the new interior also makes for a more comfortable ride, helping the driver pay less attention to their posture and more to the road around them. Its dark and aggressive interior and exterior styling makes this model look like the high performance track car it is while still making it seem right at home on regular roadways. With no updated track times and no real changes to the key performance systems that might change them, it’s an appealing build for drivers looking to trade up, but it was also just a preview of the new build that’s destined for the track before its 2021 premiere.

The next model to tackle the track at Nürburgring Nordschleife will be an updated, even more track-focused variant on the 2020 Type R Sport build, and the displacement of the 2017 model’s records has inspired some great innovations for performance drivers. How will acceleration, cornering, and top speed stack up to the Renault and the earlier Type R? Fans will have to wait until later in the year when the lap results come out, but we do know roughly what Honda has done to make improvements.

All of these revisions are built on top of small improvements to the sport model that included the change to a two-piece brake rotor design, which is both lighter and less likely to deform due to heat buildup from high-friction, high-speed braking maneuvers. All told, the U.S. model reduces the weight 46 lbs, reducing the starting inertia and allowing the build’s 2.0L turbocharged engine to accelerate even faster if the design performs as expected. Currently, any track results Honda has from interior testing are under wraps, but with the confirmation that this model will be tested at Green Hell later this year, there’s sure to be some noise if everything holds up. In addition to the U.S. design’s weight restrictions, the EuroSpec model of the Type R will forego air conditioning and an infotainment center, leading to an additional 24 lb. reduction.

Will the new Honda successfully reclaim the lap record at that iconic raceway? There’s no way to predict with as quiet as Honda has been about its testing progress so far. Officially, setting a new record is not the priority. The test is being designed to measure performance improvements made possible by these design changes on a track that allows for direct comparison of the two vehicles’ performances by putting the 2017 data side-by-side with that of the new model’s test laps. Still, it’s not hard to imagine that seeking to improve the performance of the car means seeking to beat the time that the 2017 model achieved. It’s unknown whether a benchmark slower than 7:43.8 will lead to further design tweaks before the market debut, but it’s almost certain that if the test winds up beating Renault’s record from 2019, the whole world will find out about it.

Looking To Trade Up Your Honda? Live in Los Angeles?

It’s no surprise that demand for the Civic has been rising in the last couple years, with performance stats and build options like these. The 10th generation’s basic design debuted in 2016 with a round of revisions above the 9th generation models that had run for the five years before, and the Type R and Type R Sport offer even more. Finding a place to buy a Civic in the city isn’t hard, but getting your best deal requires a bit of footwork. There’s always dealership lots, which usually include both new and pre-owned models, and L.A. has several to choose from. Whether you look downtown or you’re shopping at a location like Honda of Hollywood is less likely to matter when it comes to dealership pricing, and if you’re shopping new, that’s the only way to go, really. A brand new Honda Civic purchase allows you to fine-tune your options and get what you really want, and it will be the only way to get the new Type R for 2021 until models start to cycle into the pre-owned market in a couple of years.

For those looking for pre-owned models, the dealership might not be the best deal, but it still might be the easiest way to get the option package you want. Luckily, you don’t have to go in blind. Both official Honda dealerships and pre-owned lots that pride themselves on offering the popular model list many if not all their inventory selections online, so it’s easier than ever to make sure you’re going to see a car you’re looking for when you get to the lot. Don’t spend too much time shopping online, though. The newer model Civics have been incredibly popular with both the new and secondary markets, so if you’re looking for a young pre-owned version of a 10th generation Civic or the Type R variant, you might find it’s been sold between your browsing session and your trip to the lot. If you’re looking to trade up your old Civic for a 2017 or 2020 build, The Car Buyer buys Honda’s in Los Angeles so freeing up down payment cash before you close is a simple matter, and it lets you move right to a purchase when you find what you like. That’s also worth keeping in mind later this year when the all-new model makes its debut because dealership trade-in values tend to be a bit lower than most other options for trading up your old Civic, but individual sales can take a long time and a lot of legwork. It’s good to have an efficient, accessible option between the two.

Get Ready for a New Type R

With Honda’s track testing phase and final design tuning still around the corner, there’s no firm announcement about the MSRP for the 2021 model quite yet, but Honda drivers who are looking to trade up would do well to base their budget around the costs of the 2020 and 2017 models. The 2020 Type R Sport that the new Limited Edition is built on top of had an MSRP of $37,950, and the 2017 model’s price tag was $34,775. With the natural inflation in the vehicle economy and the new design tweaks, it’s not likely the cost will go down, but with only a $3000 difference between the existing Type R models on the American market, it’s very likely that any increases for the Limited Edition will be modest.

If you’re looking to save a little, the debut of the new model is also a great time to get on the market for a used Type R or Type R Sport, because those drivers who have been waiting to trade up will be jumping into the new model, so you’re probably going to have an easier time locating the right Type R at the right price during that high demand season for new models. When you shop pre-owned, you not only have the chance to save significantly on the MSRP for a new vehicle, you’ve also got the chance to snag performance upgrades beyond the OEM build because Honda drivers love to customize. Take a look around and see what you find, you might surprise yourself. With the strong demand for both new and pre-owned Hondas, the market cycles quickly in Los Angeles, so make sure you get ready to move, and remember, when you do find exactly what you want, there’s an easy way to sell your current model without getting the compromise price from a dealer trade-in. 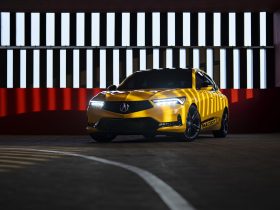 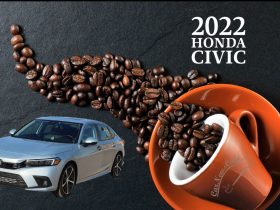 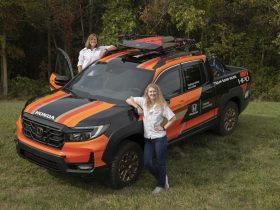