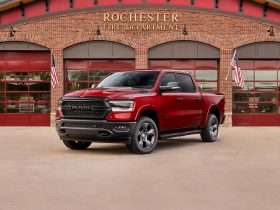 The 46RE, 47RE, and 48RE belong to a family of transmission systems manufactured by the Chrysler group. If you have a diesel engine, you have most likely interacted with one of these. These transmission systems are found across other engine sizes and types, and are also available for both 2WD and4WD configurations. Some of the vehicles that have these transmissions installed include the Grand Cherokee and a series of Dodge pick-up trucks and Dodge Van/Wagon. Since they are popular with Dodge trucks, most experts will refer to them as Dodge Automatic Transmissions.

You have probably found yourself or a fellow car enthusiast wondering what the difference between the two is. The 46 and 47RE transmissions are of an older generation, but they look incredibly similar to the 48RE, https://reman-transmission.com/transmission-codes/?code=48RE. Many have tried to interchange the older gen transmissions with the 48RE, only for their vehicle to come back with a ruined torque converter clutch or overdrive clutch. Before getting into the differences between them, you should probably start by getting what the three have in common out of the way.

For starters, all three transmissions have an electronic governor and are four-speed fully automated units. They also have a lock-up clutch in their torque converter. Thirdly, the first, second, and third gears are powered by the clutches, bands, and unique planetary gearsets within the transmission systems. The overdrive unit in the rear section has an overdrive clutch, overrun roller clutch, direct clutch, and planetary gearset provides the fourth gear. Each of these transmissions has family members and also contains a front clutch, rear clutch, and direct clutch that all have the main purpose of serving as the input driving components.  As for the holding components, Chrysler designed them with a low/reverse (rear) band, front band overrun clutch, and overdrive clutch.

Most of the differences between the three transmissions are visible on their casing. For instance, a 48RE has a TV motor on the side of its transfer case, and you can look out for the holes that the TV motor’s bolts would go into. The 46RE and the 47RE have the same transmission, only that the 46RE was made for gas engines and has lighter parts, while the 47RE was built for diesel engines and has heavier-duty parts. As you will see in the next few pointers, the 48RE is more recent and therefore beefier in essential areas that make it more efficient compared to the 47RE, https://reman-transmission.com/transmission-codes/?code=47RE.

The pump stator between the three has a visible difference. The 48RE has an anti-drain back seal for the torque converter, which brings another difference to the mix: the torque converters are fundamentally different. The 46RE and 47RE do not have a seal, so to interchange them, you would need to either add or remove the seal depending on your direction of interchange. The pump for the 48RE also has a larger diameter to allow it to bring in more oil compared to the 46 and 47RE.

The clutch surfaces of the two are similar, but the spline count on the 48RE is significantly larger than that of the 47RE. The 48RE spline has more teeth, probably to increase its strength and reduce tearing.

The thrust washers, in this case, are where the difference lies. The 48RE planetary has six gears on it, while the 47RE has five gears, and the 46RE has 4 gears, https://reman-transmission.com/transmission-codes/?code=46RE. The sixth gear on the 48 makes it the strongest of the three because it provides extra shafts to handle its load. The 46RE and 47RE planetaries are also made of aluminum, while the 48RE ones are made of steel.

On the direct drums, the difference here is in the position of the groove, which determines how many clutches you can get out of it. On the 48, the groove is higher compared to the 47RE and 46RE, which makes the 48 the better option. While the drums are interchangeable, you would get an extra clutch out of the 48RE, meaning that it will provide more power at the same pressure. The outer shell of the 48RE is also thicker compared to the 47RE and 46RE.

The 47 and 48RE have the same number of clutches in the overdrive unit. However, their parking rods are visibly different. If you are changing overdrive housings, you can use a 47RE parking rod on a 48RE, but not the reverse, because the 48RE rod is bigger and will slip out of place. 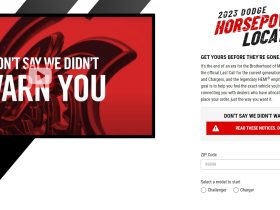 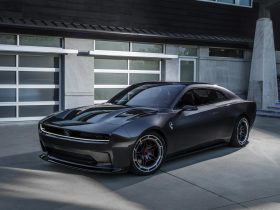