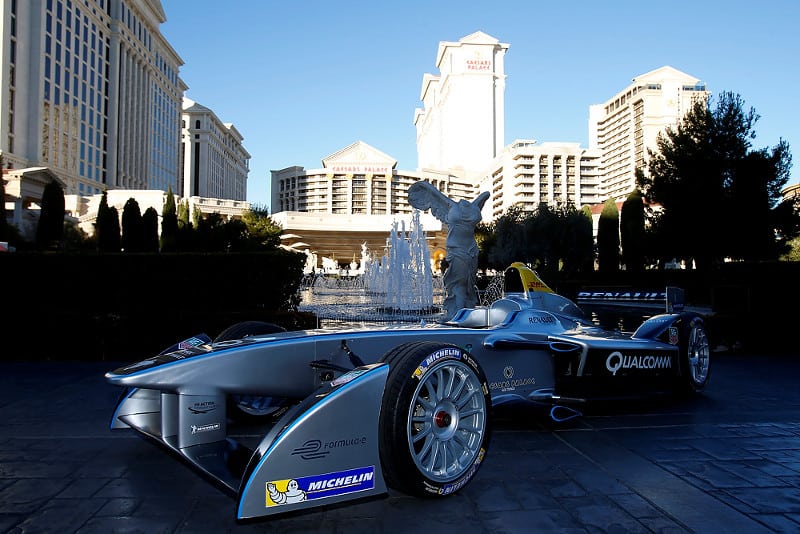 Lamborghini presents the new Huracán GT3 EVO2, designed and developed by Squadra Corse of Sant’Agata Bolognese based on the Huracán STO, with which it shares important design elements, rear-wheel drive only, and a naturally aspirated V10 engine, which in the road version delivers 640 horsepower.

Compared to the Huracán GT3 EVO, which was homologated in 2019 and based on the Huracán EVO road car, the GT3 EVO2 fully complies with the new FIA 2022 technical regulations and features all-new aerodynamic solutions and intake system. The unmistakable hexagonal airscoop design and the rear fin are derived from Huracán STO, contributing to a more efficient intake system and better car balance. The airscoop is connected to a snorkel, replacing the side air intakes, which optimally channels the airflow directly into the engine, resulting in greater responsiveness to the driver’s demands. The introduction of 10 electronically actuated throttle bodies increases the efficiency of the V10 with titanium valves; the entire system, designed by Lamborghini Squadra Corse, is fixed to the engine by just four screws, a solution introduced for the first time on the Essenza SCV12, to facilitate maintenance work.

The fully carbon fiber bodywork features a muscular design created in collaboration with Lamborghini’s Centro Stile. The new splitters, diffuser and underbody enhance aerodynamic efficiency. The carbon fiber floor, coated with high-strength Zylon fiber, together with the new diffuser, provides greater downforce than the current generation GT3 EVO. Other innovations include the rear wing, which is mounted on aluminum alloy pillars (Ergal 7075 T6) inspired by those of the STO. The new supports allow for greater precision in adjusting the wing compared to those of the EVO model.

The redesigned roll cage, with the introduction of two rear pillars, and the new carbon-Kevlar honeycomb side panels, already tested on the Essenza SCV12, increases safety in the event of impact on the doors in compliance with the FIA 2022 regulations. The plexiglas side windows are now fixed to the carbon fiber door panel by means of a ring of screws for greater structural rigidity and reliability.

The braking system has also been updated with new calipers and pads designed by Squadra Corse to optimize performance in both endurance and sprint races. These solutions, combined with dedicated traction control (TCS) and anti-lock braking systems (ABS), have been developed to make the car easy to control in low-grip conditions, even by gentlemen drivers. The car is delivered to customers equipped with PZero tyres (325.680-18 at the front; 325/705-18 at the rear) from long-time Squadra Corse partner Pirelli.

Giorgio Sanna, Lamborghini Head of Motorsport, commented: “The new Huracán GT3 EVO2 is not simply an evolution of the current car. It’s a new project that reinforces the technological transfer between Lamborghini’s motorsport division and the company and inherits two difficult tasks: to prove as successful as the previous generations of Huracán GT3, which have won more than 40 international titles in six seasons, and to match its commercial success by helping to reach the target of 500 Huracán racing cars since 2015.”

The car will be delivered to customers from the second half of 2022, and previous Huracán GT3 EVO model can be upgraded to the GT3 EVO2 specifications via an evolution kit. Its track debut is slated for the 2023 Daytona 24 Hours.