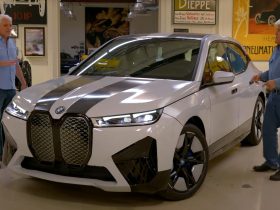 Since electric cars have become more widely available, it is not uncommon to see a variety of them on the road. As their prices become less prohibitive, many people are itching to get their hands on one because they require much less maintenance and offer better overall performance and superb efficiency. However, many hesitate before taking the plunge and going off traditional gas and over to electric cars.

Many think twice about the switch because of the implied difficulties associated with finding charging stations that are close by and offer the possibility of a quick charge. Others worry that their electric car will not have enough range. And those are all valid questions, which is why you may be considering a Lamborghini Urus rental while you decide whether an electric vehicle is for you.

When will electric Lamborghinis be available? Can I get one now?

The Italian car manufacturer has announced that they will debut Lamborghini’s first electric supercar at some point after 2025. Currently, it plans to start going the hybrid way with the rest of its automobile lineup. This change will happen during the next couple of years.

However, it is quite exciting to know that the first all-electric Lamborghini will soon appear on the horizon.

What plug-in versions are around the corner?

Lamborghini has announced that within the next three years they will have plug-in hybrid versions of the Urus, Huracan, and Aventador models. In addition, they will also offer a limited production of the Sián roadster in a hybrid version.

Why does Lamborghini just now seem to be embracing hybrid vehicle production?

This question may have more to do with their driver’s preferences than with the manufacturer’s ability to keep up with the times. They never want to ostracize their loyal base of customers, most of whom still crave sitting behind the wheel of a Lamborghini just to hear the roar of their V8 and V12 engines while reaching breakneck speeds.

However, regulations worldwide seem to be veering towards cleaner energies and less pollution. This, added to the possibility of reaching 0 to 60 just as fast in an electric vehicle, seems to have impacted Lamborghini’s look to the future and the new direction they have decided to adopt.

Also, Lamborghini does not want to fall behind competitors like Aston Martin or Ferrari, which have announced, like many other luxury car brands, their plans to produce all-electric luxury supercars.

What are Lamborghini’s plans for the short and medium term?

While plans are ramping up in the electric arena, Lamborghini has recently announced plans to spend the next two years celebrating the power and beauty of their lineup of gas-powered cars. This is a tribute to the combustion engine that’s been behind the company’s financial success. As always, Lamborghini wants to surprise its customers and is unwilling to reveal every single model they are working on now and what features or design elements they will include.

If you are itching to switch over to an electric vehicle and believe there is good reason to wait, you may just end up driving an electric Lamborghini sooner than you think. It’s just a matter of being patient for the next few years, but the end result will be worth the wait. 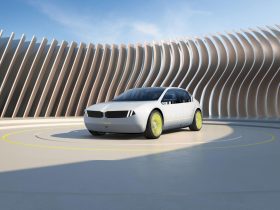