The 1990s were a heady time of power innovation as the aftermath of the oil crisis and the advent of emissions controls changed the automotive landscape. Where the 1980s saw blah-mobiles with choked back engines, the 1990s began a resurgence of engine power as a driving goal.

Enter Volkswagen with these W12 concepts. Having largely perfected its VR6 series of six-cylinder engines, which were prolific throughout the VW lineup, engineers at VW starting thinking bigger. And of course, bigger is only better if you’re thinking in doubles. A 12-cylinder engine being twice the size of a six made it an obvious goal.

There were several supercars and hypercars in the mid- and late-1990s that had 12-cylinder engines. Both V12 and W12 designs were not new and had been around since the early days of automotive engineering. But put into a car as sleek and stylish as the Syncro and Nardo concepts from Volkswagen? That was a thing that would never grow old.

The first of the Volkswagen W12 concepts came in 1997 with a 12-cylinder, four-turbo’d concept that featured 414 horsepower. VW Group CEO Ferdinand Piech, the W12 was conceptualized by Giogetto Giugiaro of Italdesign. The instructions to Italdesign were simple: make a mid-engine, 12-cylinder-accommodating (in W configuration), all-wheel drive supercar concept.

The purpose of the W12 concepts were to showcase Volkswagen’s engineering capabilities and prove that engines larger than six cylinders could be used in flagship production vehicles in the VW and Audi lineups. 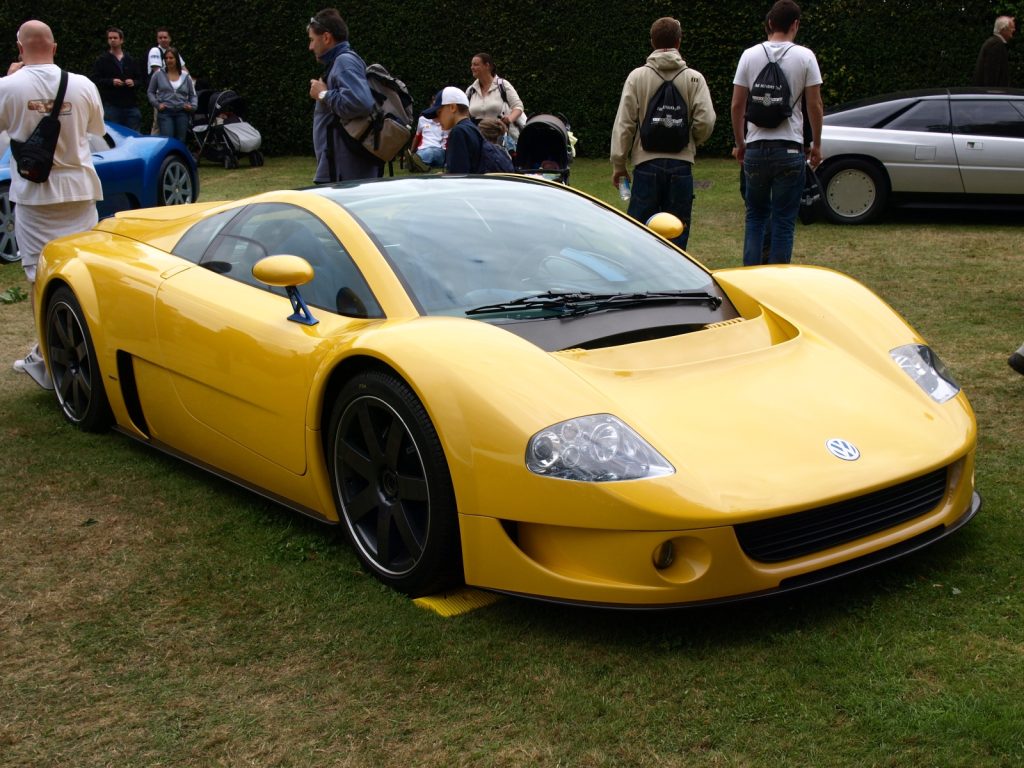 The yellow Volkswagen W12 Syncro debuted in Tokyo in 1997. With a mid-longitudinal engine configuration, all-wheel drive chassis, and the big W12 running it, the yellow Syncro (named for VW’s AWD system) hit the motor show and instantly won everyone’s attention. It had so much success that VW continued with the concept into a new version.

Meanwhile, Volkswagen’s racing division was busy fiddling with that new W12 to make something even better. This eventually surfaced as a 6.0-liter version of the engine that entered the 24 Hours of Le Mans and held an average speed of 200.1 mph and proved its longevity in that grueling race.

As the race team worked the engine, Italdesign worked a new look for the Syncro and it unveiled in 1998 as the W12 Roadster. With a similar design to the Syncro coupe, the Roadster had slightly less front overhang and slightly more rear overhang to accommodate a slightly wider wheel track. That stabilized the Roadster’s look comparatively, keeping it as a top eye-earner on the show circuit that year. 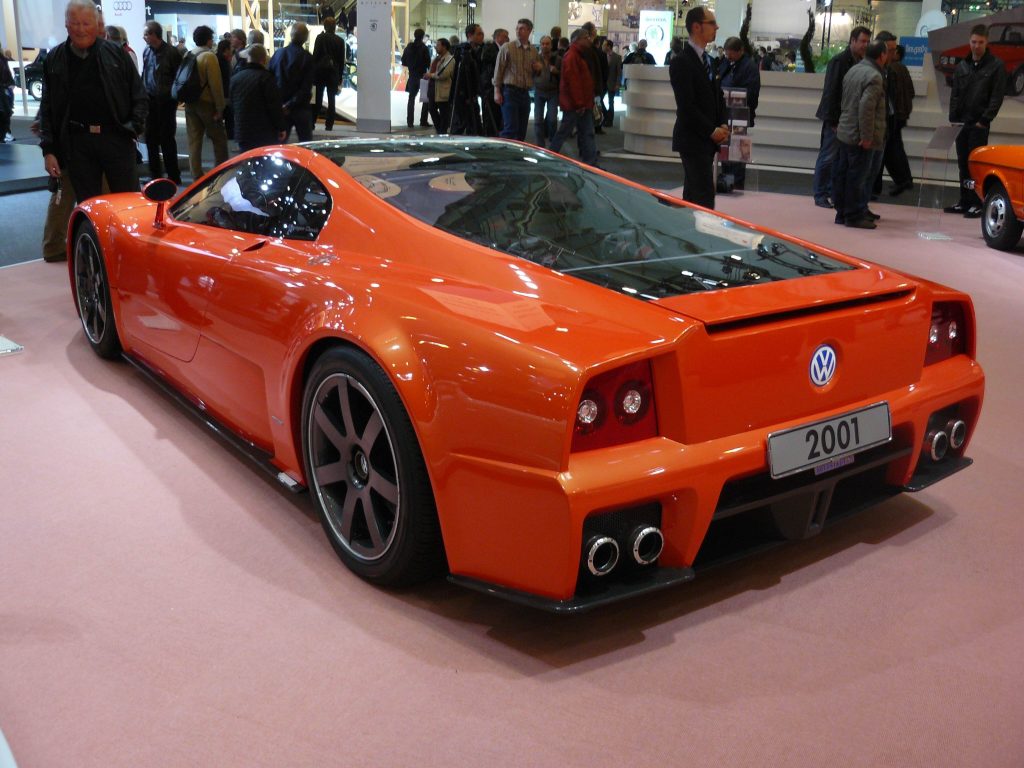 Then, in 2001, VW took its race team’s version of the W12 and plopped it into a new Italdesign concept called the W12 Nardo. This name came from Nardo Ring test track in Italy. The new, larger W12 had an output of 591 bhp and 621 lb-ft of torque, a significant bump from the previous 5.6L. VW claimed a 0-62 mph time of 3.5 seconds and a top speed of 221.8 miles per hour. Of course, these were never tested publicly, but with a weight of only 2,646 pounds and that much engine power, it’s likely those were near to truth.

The VW W12 concepts have appeared in several media and games since their introduction. The Nardo has featured in Gran Turismo, World Racing 2, and several other video games. The W12 engine has appeared in production vehicles including the Volkswagen Phaeton and Touareg.

The W12 concepts, at last public surfacing, are still housed in Volkswagen’s museum in Germany.

Photos from the wikicommons.