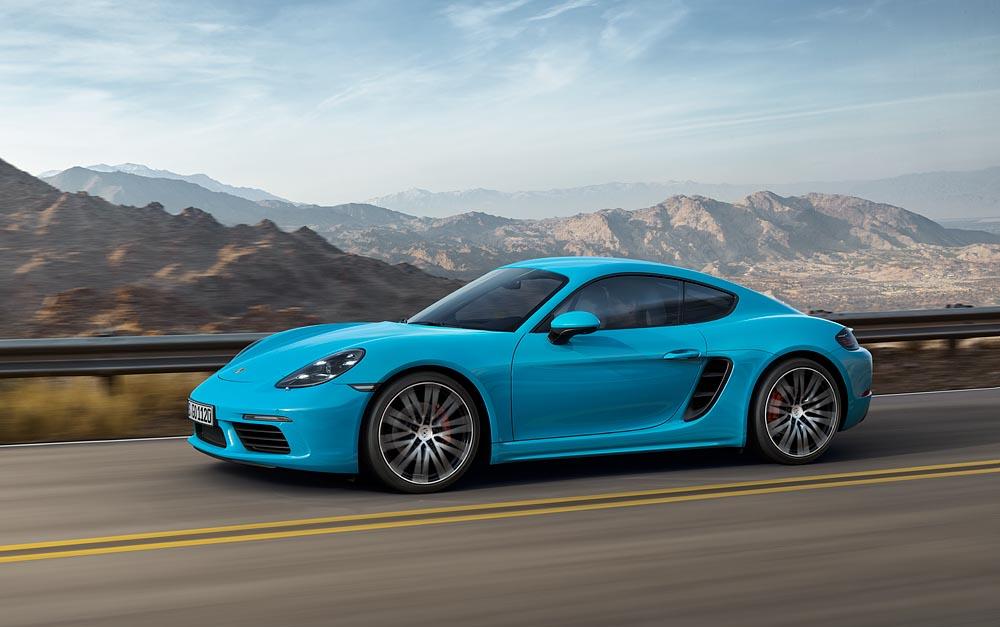 Volkswagen of America, Inc. is pleased to have an exhibit at this year’s Specialty Equipment Market Association (SEMA) Show® in Las Vegas, Nevada. A number of custom builds will be on display from November 1 to November 4, including adventure concepts built on Volkswagen’s SUV models, alongside performance concepts and historic performance models.

Atlas Basecamp Camping Concept
Featuring rugged Basecamp® styling components and a custom graphics package, the Atlas Basecamp Camping concept makes the outdoors more accessible. To get you where you want to go, the concept—based on a 2022 Volkswagen Atlas SEL VR6 3.6L 4Motion—adds an H&R® raised suspension, utilizing Street Performance Adventure Lift coilovers and TRAK+® wheel spacers. Custom floodlights and 17-inch fifteen52® Traverse MX wheels in Frosted Graphite are wrapped in 245/70R17 all-terrain tires to add an aggressive look to match the off-road styling of the Atlas concept. To increase the versatility of the Atlas, the concept has a Volkswagen Accessories cross bar and Thule® Basket & Side Awning, as well as a prototype 2-in-1 Air Pump by NSV incorporated in the trunk area to inflate a camping mattress or sporting equipment. Other Volkswagen Accessories on the concept include the Full Display Mirror®, security console safe by Tuffy® Security Products, tablet holder, Muddybuddy® floor liners, roadside assistance and first aid kit, Bumperdillo® protection plate, and hood deflector. The Atlas Basecamp Camping concept is shown with an air mattress, camping lights, and a fire extinguisher.

ID.4 EV Drone Command Concept
Volkswagen of America is collaborating with the Tennessee Valley Authority as the utility corporation sets a goal of operating a 100 percent electric sedan and SUV fleet by the year 2030. As one of its early steps, the utility provider has chosen to collaborate with Volkswagen on a year-long test using its ID.4 EV to analyze capabilities and various applications of electric vehicle usage.  As part of this test, Volkswagen has modified a 2023 ID.4 AWD Pro S as a “Mobile Drone Response Vehicle” to equip TVA test drivers for a number of real-world response scenarios.

An eye-catching exterior graphics package was designed to boost visibility of the test fleet program. Featuring a trunk-housed custom storage unit for drone and field equipment, the vehicle is also outfitted with a portable power station. Versatility gets a boost by way of a Thule Caprock platform roof rack, supplemented with a Thule retractable side awning. Eighteen-inch wheels with H&R TRAK+ wheel spacers and 245/60R18 all-terrain tires unlock new roads for the SUV, while a heavy-duty suspension aids in hauling the weight of additional equipment. Roadside emergency lighting and side and rear-mounted floodlighting help responders when arriving on scene, while a full-display digital rearview mirror ensures optimal visibility for the vehicle’s operator. Additional Volkswagen Accessories on the concept include splash guards, a spare tire kit, dock & coat hanger, and Muddybuddy floor liners. The ID.4 EV Drone Command concept is shown with recovery boards and a fire extinguisher.

Jetta GLI Performance Concept
A unique reimagining of the Jetta GLI by the Volkswagen Design Center California will be unveiled at the show on November 1st. More details to come.

2004 Golf R32
Twenty years ago, the Volkswagen Golf R32 took the world by storm. First released in Europe, the Mk4 Golf R32 was groundbreaking with its narrow-angle 3.2-liter VR6® engine putting out 240 horsepower and 235 lb-ft of torque, paired with a six-speed manual and 4Motion® all-wheel drive. In 2004, a made-for-America version was produced, bringing just over 5,000 units of the one-of-a-kind performance hatchback stateside.

2022 Golf R
While the previous Golf R models were widely regarded as the best hot hatches you could buy, the Mk8 version is even better. The redesigned 2022 Golf R continued to evolve a legacy of understated performance first pioneered for the 2004 model year. Almost two decades later, the fifth iteration of Volkswagen’s performance halo ups the ante with new race-inspired content and premium features.

Golf A59 Prototype
The 1993 Rallye Golf 3 A59 Prototype was created as a proof of concept to determine the feasibility of entering the 1994 FIA World Rally Championship, for which homologation regulations required that manufacturers create 2,500 street-legal versions. This prototype was developed with Schmidt Motorsport (SMS), and had it been put into production, it would have been the highest performance version of the third-generation Golf family. This specific car is the only complete version ever built. The engine and drivetrain was developed specifically for this concept, and although the Golf A59 did not go on to compete in races, the engine design went on to class wins at the 24 Hours of Le Mans race in different vehicles.

Volkswagen’s performance unicorn featured a bespoke 2.0-liter all-aluminum turbocharged four-cylinder engine, putting out 275 horsepower and 273 lb-ft of torque, paired with a six-speed manual transmission and four-wheel drive with a variable center differential. The front strut-type suspension was modified with Bilstein® shock absorbers for longer travel, and the control arm width was increased by 3 inches. The fully-independent rear suspension was a multi-link design, with Bilstein struts, and retained the original factory chassis attachment points, supplemented with additional points. It rode on 16-inch five-spoke Speedline® SL817 motorsport wheels, with 225/45R16 tires, and braking was handled by a Brembo® system with cross-drilled brake discs.

Carbon fiber and Kevlar graced the exterior, which featured a modified front bumper with chin spoiler, additional air intakes in the custom grille and hood, widened front and rear fender arches, pronounced side skirts, a rear hatch spoiler, and a custom rear bumper with twin pipe muffler. Inside, RECARO® A8 sport seats with integrated head restraints and supportive high bolsters were met with a sport three-spoke steering wheel, and integral roll bar. A digital dashboard with engine monitoring selection sat in front of the driver, while additional engine and rally controls resided on the dashboard and inside the glovebox.