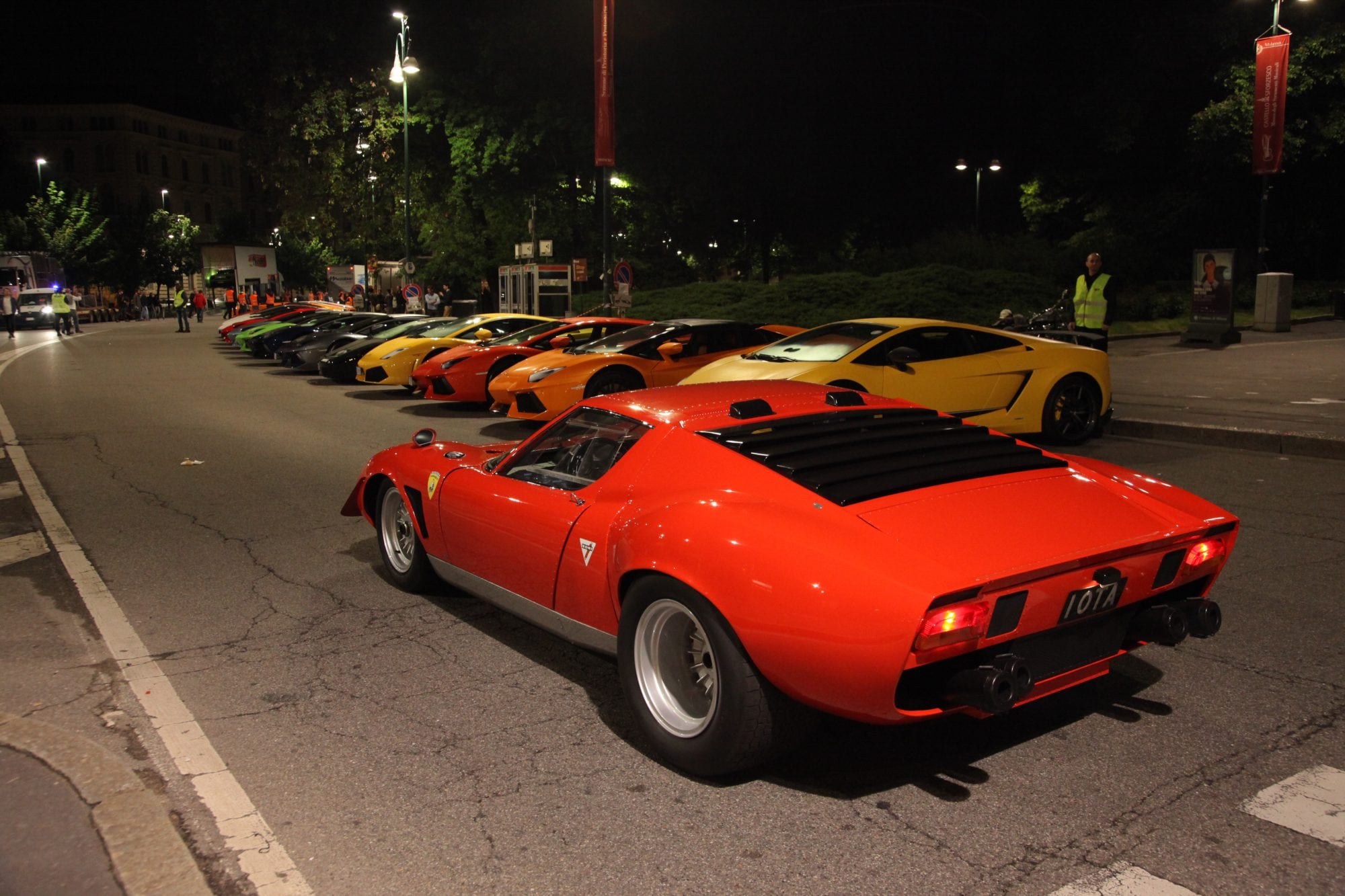 Imagine 350 Lamborghinis from all over the world converging on one spot in Italy for a grand tour of automotive awesomeness.  The House of the Raging Bull has organized the largest gathering of Lambos to celebrate their fiftieth anniversary.  The convoy of cars is more than 4 kilometers long and comprises over 190,000 horsepower at once.

That’s a lot of supercars.

The 350 cars began their tour yesterday in Milan at the Piazza Castello in front of Sforzesco Castle as 700 lucky people climbed into their automotive showcases and headed off to the first rally point in Bobbio and then on to Forte dei Marmi on the Tyrrhenian coast.

The assembled Lamborghinis featured plates from such diverse places as the United Kingdom, Germany, Switzerland, China, Australia, Japan, Kuwait, and the United States.  In fact, a total of 28 countries are represented with license plates adorning the Italian-made power in this historic convoy.

Today, the convoy will converge on Rome, passing through the 4° Stormo of Air Force at Grosseto and tomorrow, they will turn towards Bologna.  The tour ends on the 11th at Sant’Agata Bolognese at Lambo headquarters.

Truly history in the making, this Grand Tour is one to remember.