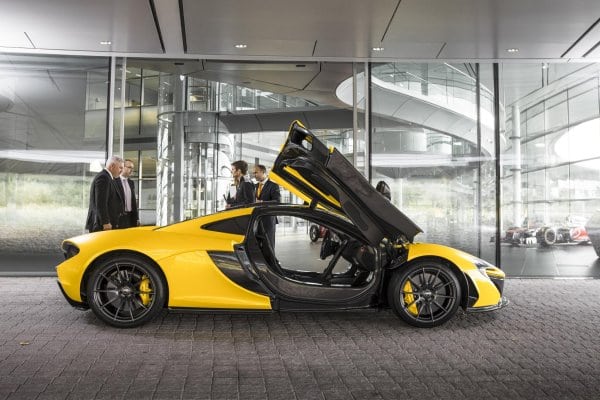 Performance numbers for the McLaren P1, possibly the most awesome supercar on the planet, are now in and the first production model has been sold and delivered to a customer in the United Kingdom.

The numbers are staggering. Here’s a rundown: To translate that into American:

The top speed of the McLaren P1 is a mere 217 mph and that’s because it’s electronically limited to save the transmission.

Now, think about all of that and then think about 34 miles to the gallon (Euro cycle) and the capability of going fully electric for about 7 miles (11 km).

Of course, all of that wicked performance comes with a price tag. The entire P1 is basically carbon fiber and aluminum and to get that 3.8-liter V8 and electric motors in this super hybrid, you’ll have to pony up about $1.15 million.

Makes you start thinking that maybe the kids should pay for their own college and that maybe it’s time to get a tally of the change in the vacation jar..