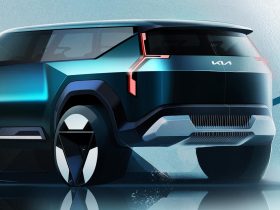 Ford Motor Company is extending its in-vehicle connectivity leadership by hosting an industry-first developer conference this June focused on bringing innovative mobile apps into the car through Ford SYNC® AppLink™.

The Ford Developer Conference will be held in conjunction with the annual Further with Ford trend conference that takes place in Dearborn, Mich.

“More than ever, consumers are getting organized, entertained and informed through their Internet-connected smartphones and tablets,” said Jim Farley, Ford executive vice president, global marketing, sales and service and Lincoln. “Drivers expect to be able to take advantage of that capability in the car, and Ford SYNC AppLink is the industry-leading platform for accessing apps while keeping eyes on the road and hands on the wheel.” Ford SYNC AppLink is already on the road in more than 1.5 million vehicles in North America, and will launch globally in Europe and Asia later this year. Last week, Ford announced 3.4 million more SYNC-equipped vehicles currently on the road will qualify for a downloadable upgrade to add AppLink capability later this year, making it the industry’s leading automotive app platform due to its widespread availability and global growth potential.

At the 2013 International CES, Ford announced public availability of the application programming interfaces (APIs) for SYNC AppLink, which has enabled any developer to integrate an app with Ford vehicles. Shortly afterward, Ford contributed the SYNC AppLink code to the open-source GENIVI SmartDeviceLink project, enabling the platform to become an industry standard that can be used freely by any manufacturer or supplier.

“Ford is committed to helping developers grow the in-vehicle mobile app ecosystem,” said Raj Nair, Ford group vice president, global product development. “Driving toward an industry standard and taking steps that give developers direct access to the tools and technical experts to be successful are just the latest examples of our commitment to lead in development of the truly connected car.”

App developers will be able to attend sessions led by Ford Developer Program leaders, current AppLink partners and guest speakers to gain valuable insight into such topics as:

Ford AppLink engineers and business development staff will be on hand throughout the conference collecting feedback on the system, as well as considering potential avenues for development of the platform going forward.

“We see our support as a virtuous circle with an open platform that developers can build on to expand the ecosystem – thus encouraging a common platform and benefiting all drivers,” added Nair.

Prior to the conference, Ford is encouraging the developer community to further innovate through a Developer Tools Giveaway. Ford will award SYNC Technology Development Kits for the app ideas that best exhibit use of the enhanced AppLink functionality and new APIs that were recently released to developers.

New capabilities in the next generation of Ford SYNC AppLink include:

The winning developers will earn a package including a Technology Development Kit that can be used to test apps just like they would inside of a car. In addition, developers will receive dedicated support time with Ford SYNC AppLink engineers to help with creation of their app and with consideration for approval and launch. Submissions will be judged on innovation, originality and suitability for in-vehicle use. Developers can visit the Ford developer tools giveaway page, https://developer.ford.com/pages/developer-contest, to submit ideas by Feb. 7, 2014.

Dates and agendas for the Ford Developer Conference will be posted to https://developer.ford.com/pages/ford-developer-conference. Interested developers can receive early notification about conference information by visiting the developer conference page and submitting contact information.