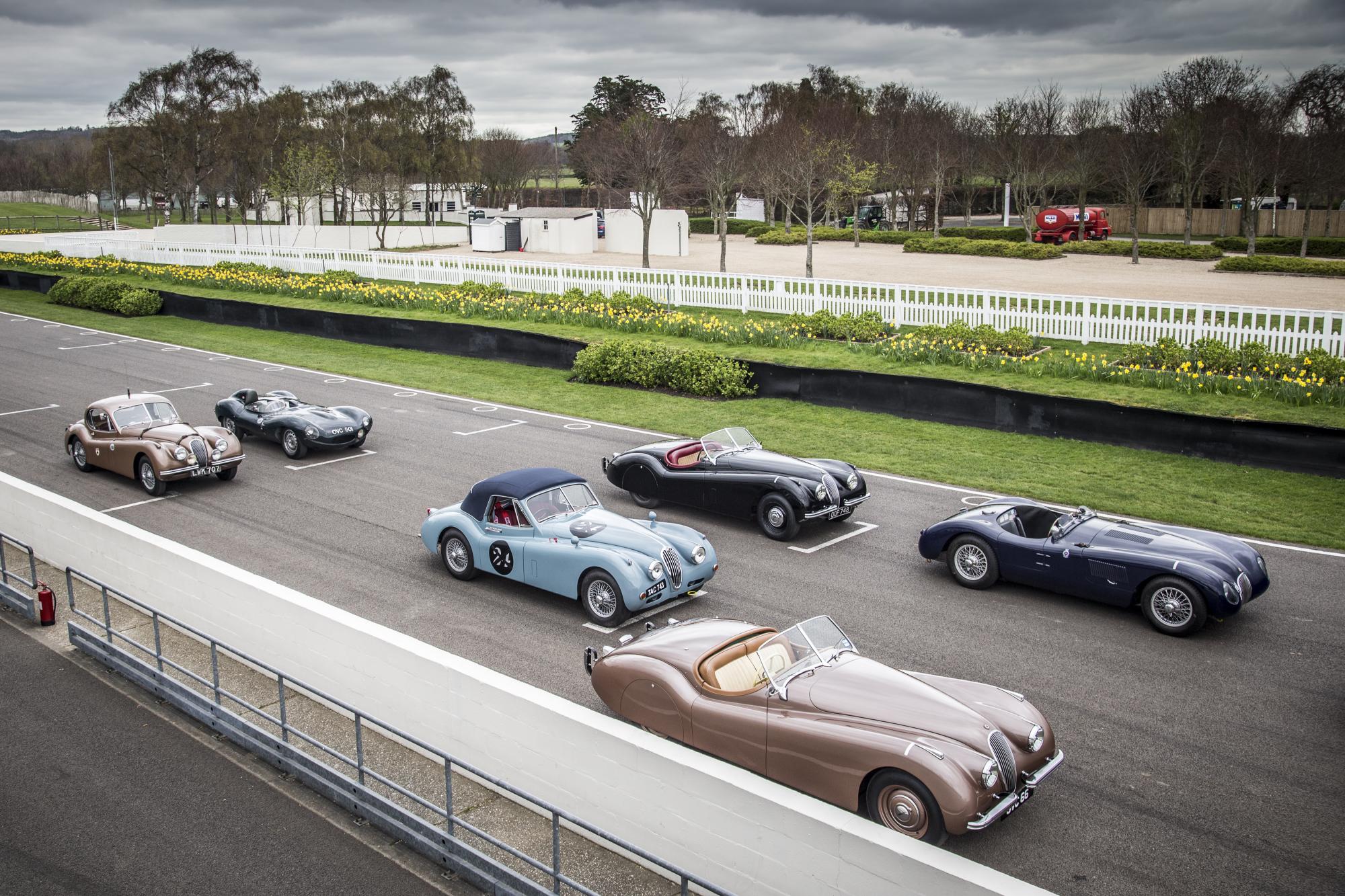 Jaguar Heritage Racing will field ten 1950s model Jags in the Mille Miglia this year and will be joined and driven by celebrities of stage, screen, motorsport, fashion and more for the 1,000-mile Brescie-Rome-Brescia classic car endurance race.

The race is a classic in and of itself, having featured some of the most historic endurance runs from old time European automakers and their cars since the early part of the 20th century. For 2014, Jaguar will be bringing 1950s-era XKs, C-types, and D-types to the roads of the Mille Miglia route with Jay Leno, Elliot and Erin Gleave (aka Example), Jeremy Irons, Amy Macdonald and more.  Here’s the Jag lineup.

Another well-known 1951 XK 120 roadster – the ex-Duncan Hamilton racer registered LXF 731 – will be shared by husband and wife team, Elliot and Erin Gleave. Elliot is better known as successful British musician Example, with his wife Erin being the Australian TV presenter that he first met when she interviewed him for MTV. Other significant Jaguar XK models on the Mille Miglia will include the ex-Jim Swift racing XK120 roadster, which will be driven by multiple award-winning British actor Jeremy Irons. Multi-million album selling Scottish singer and songwriter Amy Macdonald will take the wheel of an XK140 once owned by successful British racing driver David Hobbs. The drivers making up the Jaguar Heritage Racing team will be tweeting live throughout the event, which was famously once proclaimed as: ‘The most beautiful race in the world’. Twitter profiles to watch for the latest personal updates on the event include:

In addition Jaguar will be publishing live updates from 14-18 May at: www.facebook.com/Jaguar and www.twitter.com/jaguar