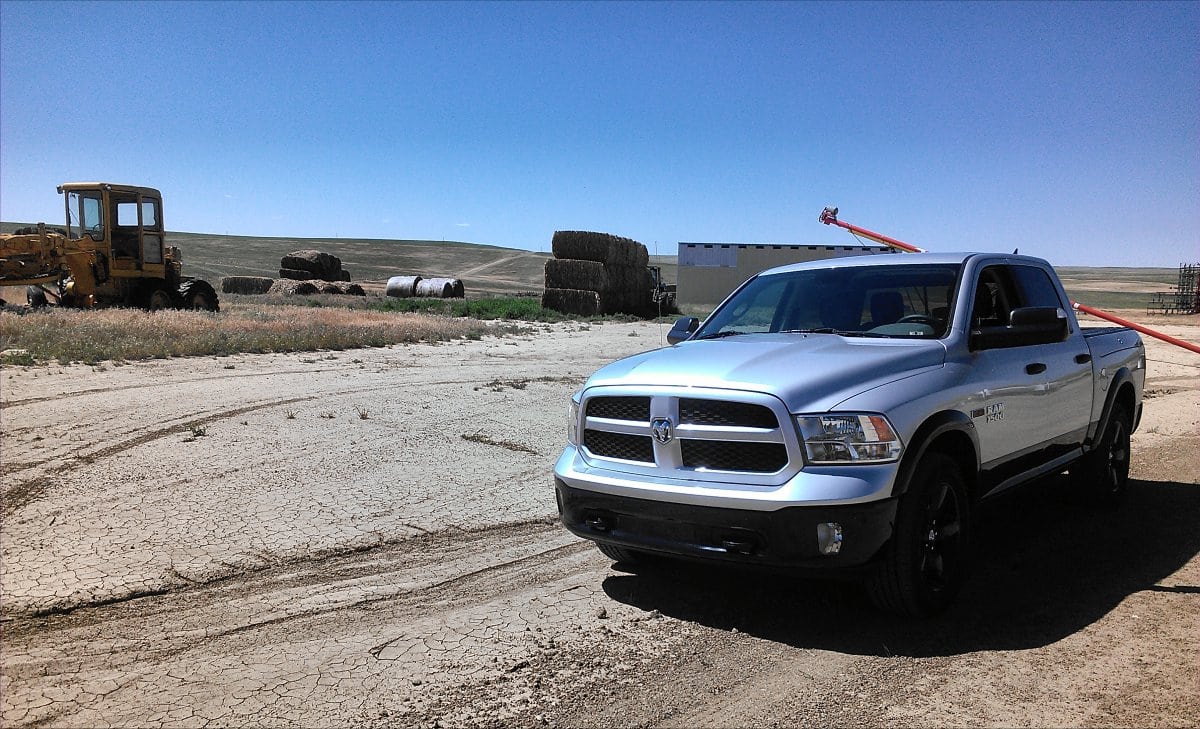 After an hour in the 2014 Ram 1500 Outdoorsman EcoDiesel, we were very impressed with its fuel economy, power, and smooth ride. It’s the first of several expected diesel and high-efficiency options coming to the half-ton pickup truck market and sets a nice benchmark for it. First Impression of the
Ram 1500 EcoDiesel

During the Rocky Mountain Driving Experience (RMDE), put on annually by the Rocky Mountain Automotive Press (RMAP), we had the chance to spend about an hour in the 2014 Ram 1500 EcoDiesel in its Outdoorsman package. This is the first half-ton, mass-market pickup truck to offer a high-efficiency diesel and is also the first in a coming crop of efficient light duty trucks coming to the field.

Our first drive in the truck was during the second day of the event, in which we took a break from the race track to spend some time on the highway next to the High Plains Raceway to sample a few non-track vehicles. We drove it from the raceway on a two-lane highway for a twenty minute (or so) drive, taking time to divert to a nearby farm for photos and sample it in some light dirt road driving.

During this drive, we found it to be comfortable, capable, and well-outfitted. For the most part, this first impression was about learning the nuances of the truck. As an everyday work vehicle, it is nicely done and the Outdoorsman package has some great looks and functionality geared towards those who spend time off the beaten path. Locking Ramboxes (a favorite feature), a large 26-gallon fuel tank, four-wheel drive, a basic towing package, and a few other additions are part of this packaging. Later in the day, heading back to the hotel after a lot of fun on the race track, I again drove the Ram EcoDiesel at the manufacturer’s request and was promised a longer test drive later this summer. That drive took us from the track onto the highway and back to our headquarters hotel near the Denver International Airport. This gave me a chance to sample the truck in traffic and put more miles on it after having become familiar with it earlier.

That ride further solidified my view of the 2014 Ram 1500 EcoDiesel as a good, capable, efficient pickup for the half-ton market. It has that signature, comfortable Ram highway ride and more maneuverability than expected, especially in tight parking. The conversation on this drive was also good as my passenger was from another truck manufacturer who’d snuck on board to check out the competition. He wouldn’t admit to being impressed, but it was obvious that he was.

With key features, high efficiency (19 mpg city, 27 mpg highway), the Ram 1500 EcoDiesel is a great truck that bests nearly everything on the market in terms of efficiency and capability in this segment. It sets a high benchmark for Ford, Toyota, Nissan, and GM to follow.