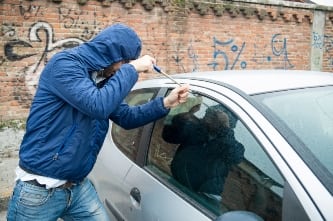 The five vehicles on the Hot Wheels report include:

Readers at Car News Cafe will know that the Ford F-150 and the Toyota Camry are the top-selling vehicle models, bar none, in the United States. Every single car on this list is in the top three best-sellers for its category as well. Another note is that the Honda Accord and Civic cars most often stolen are actually older models. The list, which ranked cars by model year as well as model name, noticed that the most-stolen Honda Accord was the 1996 model year. For the 2013 model year vehicles stolen, the Honda Accord ranks only 23rd (the Nissan Altima tops that list), but thefts of older models in the fifth- and sixth-generation of the car (1994-1997 and 1998-2002 respectively) are most prevalent. The current-generation Accord is of the ninth-generation (2012+) for the long-lived Honda model.

Honda itself notes that it is usually in the top-most stolen cars list because, frankly, they have more older cars still on the road. Robyn Eagles, a Honda spokewoman, is quoted in the LA Times as saying “..there are more older Hondas on the road than many other brands.” A fair point and most stolen cars are older, not brand new, despite the Hollywood cliche.

Finally, for those worried about car theft, well, don’t. The Federal Bureau of Investigation shows that vehicle thefts have been on the decline for years and 2013 saw only 700,000 car thefts, the lowest since 1967 and a 57 percent drop since 1991.

One thought on “Honda Accord and Civic STILL Most-Stolen Vehicles”