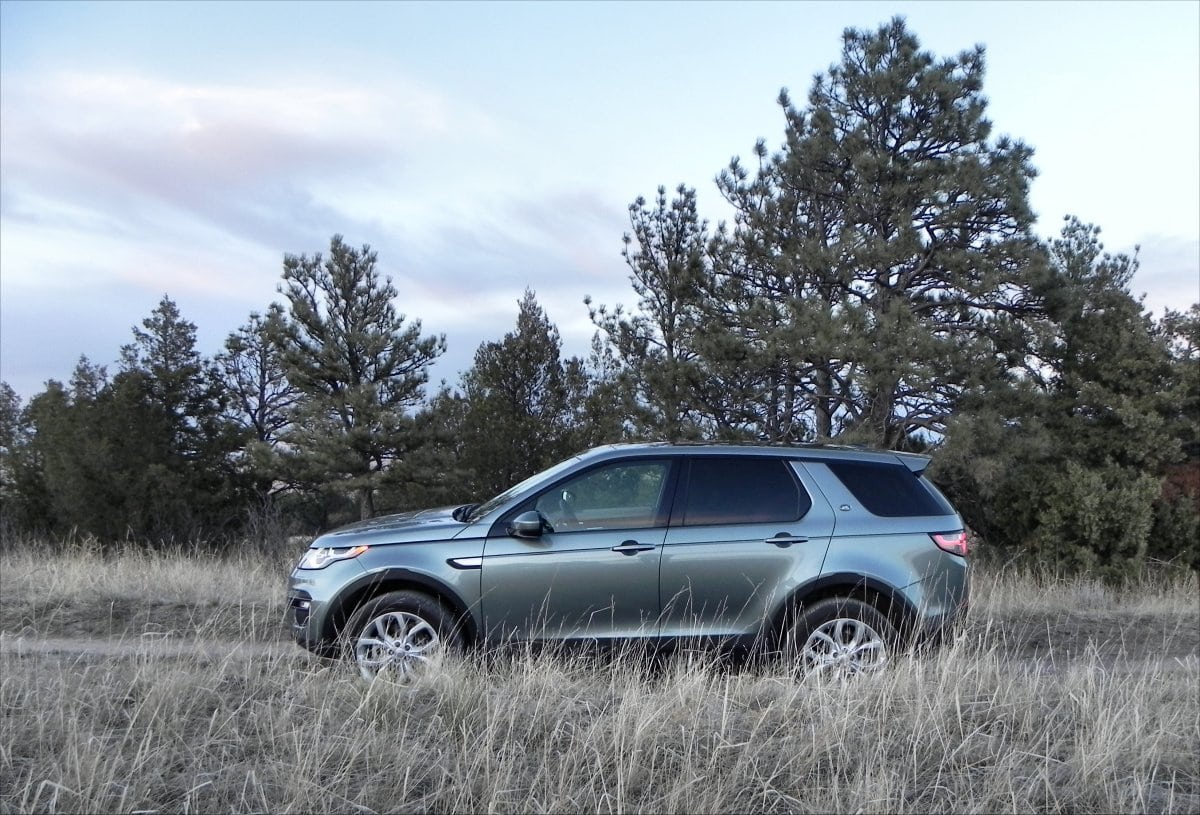 2015 Land Rover Discovery Sport Is All Rover, With a Better Ride

The Dodge Challenger is one of the most storied muscle cars in automotive history. When it was revived for the 21st century, nostalgia and modern accouterments were mixed into a successful package. New interior improvements make this 2015 Challenger a muscular road cruiser.

Snow blanketed the streets when the 2015 Dodge Challenger R/T arrived, carefully, to my home for a week-long test drive. Although winter had settled in here in Wyoming, the highways were clear and happy to oblige my immediate need to let the Challenger grumble in my hands. Bad weather would haunt my nine days with the big Challenger, but a couple of good days out on the road with this beautiful throwback were all I needed to make happy sounds as the rear wheels shoved us forward.

The 2015 Challenger has several trim levels and three engine choices. The R/T sits in the middle of those with two V8 powerplants to choose from. We had the smaller, but still robust 5.7-liter rumbler. A smaller V6 and a larger 6.4-liter V8 can be had as well. Trim levels range from comfortable, but spartan, to high sport comfort with great technology, as we drove the Challenger.

Exterior of the 2015 Challenger The Challenger’s aggressive appeal is from its modernized nostalgia. The grille, wide hood, low coupe roof, and powerful haunches are all both statements to the muscle car’s power and reminders of its rubber laying history.

The Challenger’s look is polarizing, but unmistakable. Dodge fans seem almost universally impressed with the wide, low, prowling appeal it generates. It is definitely making a statement.

Inside the 2015 Challenger R/T

The interior of the 2015 Challenger sees big upgrades from last year. In the R/T, one of the most well-outfitted trims, the Challenger contains very comfortable sport buckets, a nicely covered driveshaft tunnel, and usable rear seating. The dash is made from quality plastics and the excellent Uconnect screen centers it all.

Everything in the Challenger’s cockpit is driver-focused and easily accessed. The shifter has a nostalgic and ergonomic T-handle (rather than Chrysler’s now standard gear wheel). Colors in the R/T’s interior coordinate with the exterior very well.

The back seats are actually usable, thanks to the Challenger’s big body. Adults can get back there if they aren’t too plus sized size and children have plenty of space. Child safety seats can be installed, but this endeavor is not for the feint of heart. This is a sports coupe at the end of the day.

Under the 2015 Challenger’s Big Hood Our 5.7L Challenger R/T output 372 horsepower and 400 lb-ft of torque through an eight-speed automatic. Going with the six-speed manual ups that output to 375 and 410. We drove this briefly in the Shaker edition on the road and a race track last fall and had a great time.

With this setup, you aren’t likely to win any drag races, but it makes for a beautifully rumbling highway cruiser that won’t intimidate the driver around town. Acceleration is strong and honest. Our average zero to sixty was on the seven second mark.

Out On the Road In the Challenger R/T

Muscle nerds obsessed with drag strip quarter miles and bragging rights will have no interest in the R/T. For the rest of us who like the Challenger’s great look and satisfying V8 rumble, though, this offering is a perfect mix of daily driving ergonomics and highway cruising joy.

The occasional sprint up an onramp with its light seat press and heavy engine growl make for good times in everyday use while the 19 mpg combined EPA rating won’t destroy pocketbooks. The automatic is smooth shifting, yet with a sport dynamic. Road comfort in the 2015 Challenger R/T is great.

With somewhat useful back seats and a sizable trunk, the Challenger is a good second family vehicle as well. Feel free to quote me when you sell this idea to your spouse. The field of muscle cars is still dominated by the Detroit 3. The Chevrolet Camaro is another low-cost option with powerful underpinnings. The Ford Mustang, of course, is also a strong choice. Neither of these evoke the past as the Challenger does, though.

Great nostalgic look that gives no compromise for polarity.

Very comfortable interior, likely the best in the segment.

Some rivals have more powerful engine options at middle trims.

All the inherent weaknesses of a rear-drive coupe.

The 2015 Dodge Challenger R/T is a sleek, muscular, powerful car with a wide stance, no-nonsense appeal, and comfortable interior. It’s unique in its class in that it mixes its sport tuning with decided road comfort for a great highway cruise.

Test Period Length and Limitations
The Challenger R/T was a manufacturer’s press loan for about nine days, during which time 173 miles were put on the car, mostly in highway and freeway driving as well as performance testing and in-town.