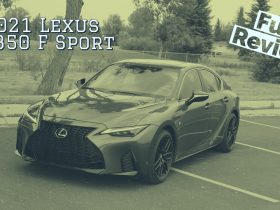 The Volvo XC60 is the Swedish company’s small luxury crossover, sporting great style and all of the top shelf safety you expect from the brand. Unexpectedly, however, it also delivers a fun and responsive drive dynamic.

Our test model was the mid-year refresh, called a “2015.5,” that changed powertrain and telematics in the crossover. These changes are not insignificant and really updated the XC60 beyond its already great build. We will talk more about those updates below. As it is, the 2015.5 Volvo XC60 is a great little luxury crossover. It contains all of the workaday family ergonomics we expect combined with a fun driving nature and great style. Top marks for safety are a big bonus.

The five-seat XC60 comes in either front-wheel or all-wheel drive. Trim levels denote drivetrain choice, with the T5 series being mostly four-cylinder engines and the T6 series being five- and six-cylinder engines. Further, 2015 models built before July of 2014 are different than are those built from then forward, called “2015.5” model year XC60s. Each of these models have sub-trims with all of those offering different standard equipment.

Indeed, the most disappointing aspect of the Volvo XC60 may be figuring out which trim and sub-trim to buy. The upside is that there are a wealth of choices and you’re not likely to be disappointed with any of them.

The XC60 is a compact crossover that seats five. Its design is contemporary, with a sedan-like hood, rakish windscreen, and a large, sporty body. Character lines parallel to the sills, running across the top of the door handles, and a dynamic curvature around the wheel wells make for a smart look. “Modern” and “warm” are two good words to sum up the beautiful interior of the Volvo XC60. “Exceedingly comfortable” is another good phrase. The driver’s cockpit is ergonomic and seating is very inviting. The second row is nicely done, comfortable for adults, and has options like heated outboard seats and built-in child boosters.

The rear cargo area is larger than it would appear to be from the exterior and has plenty of versatility thanks to well-placed tie-downs and easy seat folding to expand cargo into the back row. Our test model also in included the optional integrated dog kennel as well.

As with most luxury crossovers, the standard and available amenities in the XC60 are plentiful. The infotainment is well done and we found it to be one of the easier systems to use, in our experience. Physical buttons for common climate and audio controls adds to that ease of use.

Engine options for the 2015.5 XC60 come in four, five, and six cylinders. The base model XC60, the T5 Drive-E, has a 2.0-liter turbocharged four-cylinder producing 240 horsepower to an eight-speed automatic transmission. The T6 has a 2.0L four-cylinder supercharged to 302 horses also designated the Drive-E. The T5 AWD for 2015.5 has a 2.5L inline five-cylinder engine turbocharged to 250 horsepower with a six-speed automatic trans. This replaces the 3.2L six-cylinder from 2015.

Finally, the 2015.5 XC60 T6 AWD as we drove it has a 3.0-liter turbocharged inline six-cylinder engine that produces 300 hp and 354 lb-ft of torque through a six-speed automatic transmission. The R-Design option, which we did not drive, raises output to 325 hp.

The base 4cyl model XC60 in front-wheel drive is EPA rated at 27 mpg combined (31 highway). Our test model T6 AWD was EPA rated for 20 mpg combined (17 city, 24 highway). We saw close to that in our week of mixed driving. Our 0-60 mph testing averaged just under 7 seconds.

Out on the road, the XC60 was a great mix of sport and comfort. Acceleration was excellent, handling was good, and the crossover was imbued with plenty of confidence.

Our driving mix included around town, highway, and freeway use with passenger loads ranging from a solo driver to four people. The XC60 never had problems getting places and even did well in inclement weather. The Acura RDX is strong competition for the XC60, as is the BMW X3. All three are spirited, stylish choices in the luxury segment. The Infiniti QX60 is more family-oriented and practical while their QX70 is less practical but just as fun as the Volvo. All told, choice is likely to be about style and for that, the Volvo XC60 has plenty to offer.

The 2015 Volvo XC60 is a great small crossover with a lot of what is expected for the luxury segment in this market. It drives well, handles well, is sporty, and very nice to look at. Daily use and family use ergonomics are excellent as well. The XC60 is a nicely done luxury crossover.

Test Period Length and Limitations
The XC60 was a manufacturer’s press loan for about a week during which time we put 184 miles on the vehicle in mixed driving conditions.