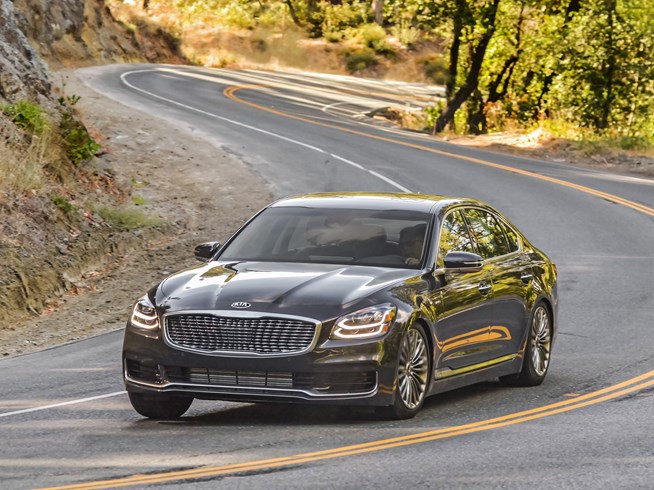 Front-runner or underdog? Kia K900 looks to luxuriously define itself

Offroading is a popular national passtime. It nearly always involves trucks. Sometimes the trucks haul the offroad gear to the location where the fun begins. Other times, the truck itself is the offroad star. The Tacoma with the TRD Pro package is one of the latter. And it’s good at it. Really good. The 2015 Toyota Tacoma TRD Pro features the goodness that is the midsize Tacoma pickup truck, the power of a capable V6 engine, and the excellence that is pavement-optional as its core purpose. Amazingly, this truck has as much (or more) capability than any other offroad rig you might name, yet it does it at a price that stays under $40,000.

The 2015 Tacoma itself is already a solid little truck. Building on decades of learning, the Tacoma is the current-generation of the small pickup that started Toyota down the road as a pickup truck maker. It’s a well-made, capable little rig at any trim level or package. The 2015 Toyota Tacoma is the last model year for this-generation Tacoma as well, with the 2016 model ushering in a host of changes for the truck as a next-generation offering. We drove a 2016 base model Tacoma recently, briefly, and believe these changes are good. Even without them, though, the 2015 Tacoma is still a great pickup.

The primary changes in the 2015 model year are the dropping of the regular cab body style (finalizing Toyota’s decision to ignore fleet sales), and the discontinuing of the TRD TX Baja package in favor of this new TRD Pro packaging. These may or may not be wise moves, but with Nissan’s dominance of the regular cab, fleet sales market in midsize trucks and Toyota’s historic lack of interest in that market, that first change was a no-brainer. The second is also obvious, given the new branding effort behind the TRD (Toyota Racing Development) name.

The 2015 Toyota Tacoma TRD Pro is available in Double Cab or Crew Cab configurations with seating for up to five and a 5-foot or 6-foot-1-inch cargo bed. The 2015 Tacoma TRD Pro begins as a well-equipped TRD Off-Road packaged truck. Standard features are many, but for highlights, the TRD includes basic amenities plus color-keyed exterior trim points, fog lamps, a heavy-duty suspension, locking rear differential, Hill-Start and Downhill Assist, 16-inch alloy wheels, a 115-volt three-prong outlet in the bed (controlled via a switch near the steering wheel), a hood scoop, and a lot of upgraded interior items.

To this, the TRD Pro package adds a more aggressive look for the front fascia, wheel well covers, etc. as well as exclusive paint options. A cat-back exhaust, increased ride height in front, and TRD Pro graphics are also added. The real money, though, is in the TRD-spec Bilstein shocks with separate reservoir which gives the rear wheels an extended reach. Our test model also included some optional equipment, much of which is highly recommended, including a front skid plate, a TRD performance air filter, and paint protection film. These run about $1,100 collectively.

Powering this 2015 Toyota Tacoma TRD Pro is a tried-and-true 4.0-liter V6 engine that outputs 236 horsepower and 266 pound-feet of torque. A five-speed automatic transmission is standard equipment, but a six-speed manual is available. Four-wheel drive is standard and is shift on the fly into 4-wheel high.

Our test model, with the TRD Pro package and automatic transmission, was rated at 18 mpg combined by the EPA (16 city, 21 highway).

Off the Road in the Tacoma TRD Pro The 2015 Toyota Tacoma TRD Pro was literally made to be off the road. So it naturally shines in that environment. During our week with the truck, we climbed hills, bounced through ruts, bumped a few stumps, and otherwise thoroughly tested those claimed offroad chops. The Tacoma TRD Pro didn’t fail.

The amount of wheel reach at the rear corners is phenomenal for a factory-equipped vehicle. The only thing we missed was seeing the KDSS system from the Toyota 4Runner Trail, which would transform the Tacoma into an almost unbeatable factory-made trail boss. As it is, without that, the Tacoma TRD Pro is still a more than capable beast.

This truck is more than happy to run across a dirt track, bounce through the underbrush in the plains, climb a dirt and rock-covered hill, or ford a stream and climb through the forest. In fact, it’d probably prefer that you did all of those things with it. It’s like a puppy with a new tennis ball in an open field. The enthusiasm this truck has when off the pavement is almost palpable. Out on the road, the TRD Pro-equipped Tacoma was surprisingly road worthy. It drove well and handled well, though the beefy tires and strong suspension did exert themselves regularly in daily driving. Still, the Tacoma TRD Pro is not uncomfortable to drive on pavement and handles highway and freeway speeds well.

The 2015 Tacoma is a small truck and has maneuverability because of that. This makes it easy to park, back up to a door, and otherwise move it about. We even used it to help a friend move into a new house and it performed very well in that job. Outside of the fuel economy losses from the 4WD powertrain and added equipment, the Tacoma loses little versatility with its TRD Pro packaging.

Competitors in the midsize market are growing, both in number and in size. The Chevrolet Colorado and its GMC Canyon twin are larger than the Tacoma and neither has the same offroad credibility or packaging that the Tacoma TRD Pro sports.

The only true competitor to the Toyota is the Nissan Frontier Pro-4X, which is a worthy contender, but which doesn’t have the same specialized offroading goodies that the TRD Pro offers. The Pro-4X package is more than competitive with the standard Toyota TRD packages, but not the TRD Pro.

To find similar packaging to the 2015 Toyota Tacoma TRD Pro, you’d have to leave pickups altogether and look at a Jeep Wrangler Rubicon or similar.

The 2015 Toyota Tacoma TRD Pro is a fun, fun rig with a lot of goodness going for it. The price is right and the packaging is excellent. It’s by far the most capable factory-made offroad machine you can get right now in the midsize pickup truck arena.

Test Period Length and Limitations
The Tacoma was a manufacturer’s press loan for about a week. During that time, a total of 584 miles were put on the truck in varied conditions both on and off the road and with various passenger and cargo loads.