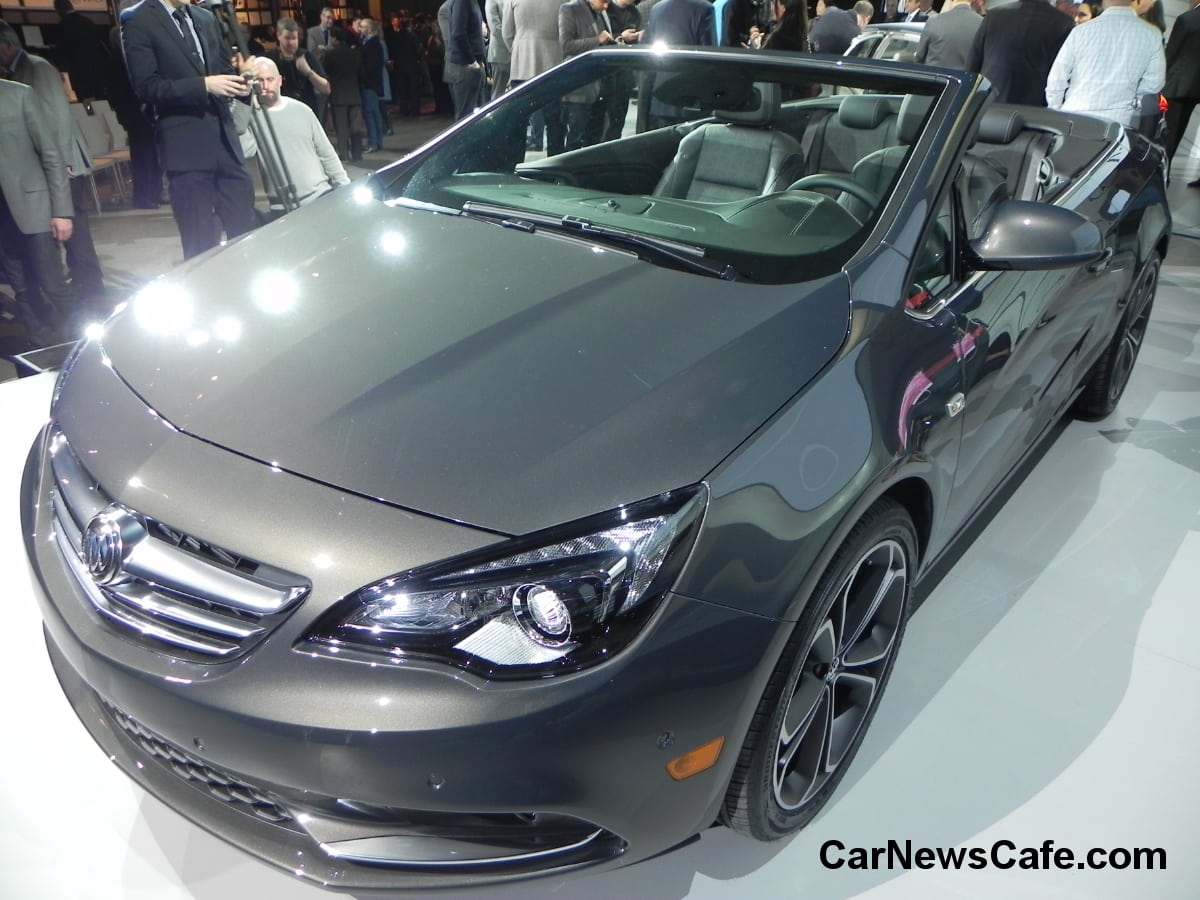 There are cars and then there are luxury sports cars. Unlike many in the luxury segment, nobody will feel they’ve wasted their cash after buying a Jaguar F-TYPE R Convertible. Nobody. rtible and loved every minute of it. The car was entered in a car show, took a lot of friends on thrilling joy rides, and was considered best in class by everyone who viewed it. Nothing about this car is second rate and everything about it is perfection on wheels.

Having driven a lot of sports coupes and convertibles, we’ve come to expect many of them will have plenty of luxury and (occasionally) a lot of performance. Rarely do we feel that the money spent to buy them, for us – were we in those tax brackets – is worth spending. Many luxury cars are really not that much better than a cheaper sports car equivalent and often lose out, in performance or daily driving, to lower-priced cars overall. Why? Because luxury buyers aren’t often looking for the best, they’re just looking for a luxury car with the right nameplate.

Not so with Jaguar buyers, apparently. The F-TYPE R is a carefully engineered sports car that delivers on all fronts. It’s luxurious enough to justify its price tag, performance-oriented enough to make even the most hardcore track junkie happy, and elegant enough to park in front of the theater after a hard drive through the backroads to get there.

If all British luxury sports cars were built like the F-TYPE, they’d dominate the market instead of the Germans. The Jaguar F-TYPE R is that beautiful.

Exterior Look of the F-TYPE

The 2016 Jaguar F-TYPE R Convertible is beautiful. From the signature “Jaguar maw” up front to the flowing saloon hood and fast haunches at the rear, this car is lovingly designed. The front intake is in two parts, with a small scoop at bottom and a wider “mouth” grille at center. The hood then flows upwards in a graceful arch, flanked by muscular fender bumps and peering headlamps on either side. This flow carries up to the windscreen.

Along the sides, the F-TYPE has a double bevel at the bottom to accentuate running boards and old world class. The rest of the bodywork is simple curves without any heavy lines, carried by a light bone line along the apex of the door’s bulge. Small side mirrors and pop-out door handles finish this appeal.

At the rear of the Jaguar is a muscular bump for the rear haunch, rounded to show power without being obtrusive. The rear deck is a shortened mirror of the hood, with a dynamic spoiler. The rear end clips off at an inward angle to the fender bump, which itself cuts inward to accentuate the large trumpet ends on the substantial tailpipes. Thin tail lamp combinations slide along either side with rounded ends that mimic the Jaguar head symbol at front.

The wheels and tires are wide and pushed to the corners, showcasing the Jaguar F-TYPE’s performance credentials. The curb appeal of this car is only outclassed by its beauty when in motion.

Inside the 2016 Jaguar F-TYPE R Convertible

The 2016 F-TYPE R Convertible is as beautiful inside as it is out. In all F-TYPE models, the 12-speaker Meridian sound system is standard equipment, as is its included 8-inch touchscreen and InControl Apps system for infotainment. This is a big step forward for Jaguar’s center console systems, being the first time we’ve seen both internal apps and external app acceptance being included. Seating is phenomenal for a sports car, but the expectation in a car of this caliber. Stitching is everywhere and well-done, adding a lot of looks to the appeal of the car’s interior design. They are integral, in fact. Bolstering at hips and sides is perfect for this car’s performance level and excellent materials throughout the cabin are indicative of the quality beyond styling that is the Jaguar norm.

Controls for the driver are well-placed and easily understood. Small flourishes like the rising vents upon engine start and well-placed shift paddles are an illustration of what Jag has made a name for in luxury automotive. Details are where it matters.

Going beyond that, the interior is surprisingly accommodating for a two-seat convertible. Even for the big and tall, such as myself, the seating is excellent and adjusts to fit. Headroom is good, top up or down, and legroom is very good. Surprisingly, even at highway speeds, the interior is relatively quiet with the top down and windows up. A trait few convertibles have mastered.

Trunk space is nominal, of course, with enough room for a carry-on or a couple of bags of groceries.

Under the F-TYPE R’s Bonnet

Lower-end F-TYPE models have supercharged V6 engines. We suspect that these, given our experience with a similar engine in the Jaguar XJL, are excellent powerplants for the F-TYPE. What would be missing, however, is the throaty sound of the bigger V8 and its quad pipes. Our 2016 Jaguar F-TYPE R Convertible was powered by a throaty supercharged 5.0-liter V8 that output 550 horsepower and 502 pound-feet of torque. This is available only with the eight-speed automatic transmission and in all-wheel drive. We’d have it no other way.

This configuration is rated by Jaguar for 3.9-second 0-60 miles per hour times. Our best was 4.4, so we don’t argue that. In our 90-degree, two-lane turn (aka “15 mph curve”) test, the F-TYPE R did the curve at an average of 77 mph before the tires began to squeal. If you’re racing on a track, that means you could probably make the same turn at 20 mph higher without trouble. Through that, by the way, the Jag made no indication that it was under any stress at all. It enjoys those hard corners immensely.

For those who wonder, the Jaguar F-TYPE R Convertible is rated at 18 mpg combined per the EPA (15 city, 23 highway). We didn’t bother attempting to verify those figures, since few who own this car would really care.

Out on the Open Road in the F-TYPE R

On the road, the F-TYPE sings gloriously. A button below the shifter opens the pipes for louder sound from the engine and exhaust. This is a must if you’re performance driving. This Jaguar is a real road going machine and enjoys highway, freeway, or back country road driving equally. We did all of that. It’s also a car show stopper, as we learned in a little town show here in Wyoming, where we entered the car for fun. With the top up, the Jaguar F-TYPE has some road noise and plenty of road coming into the pedals and seats. In a performance car, this is expected. Compared to some others, it’s either more or less quiet. We found it acceptable given the car’s focus on performance and its convertible top. With the top down, road noise is obviously much higher, though the car is quieter than expected with the windows up at highway speeds.

The AWD powertrain really comes into play with the Jaguar when driving it the way it was meant to be driven. It doesn’t do burnouts or donuts particularly well, obviously, but it’s not meant for that. Leave that to kids in their rear-drive playthings. The Jaguar F-TYPE is about the drive, not the showoff. Long or short, every drive is a thrill. There is no other way to describe it. It’s the best car we’ve ever driven.

Naming competitors for this car is very difficult. The exclusive world of luxury sport coupes and convertibles is pretty slim on competition once you weed out the wannabes. Most would point to the Porsche 911 as a contender, and it may be, but it’s difficult to say for sure given that we haven’t driven one recently. It’s doubtful that it has the same interior finesse that the Jaguar does, regardless.

For us, the nearest competitor in terms of driving joy, performance, and daily use is the Corvette Stingray. The two cars share many similarities, the greatest differences being the F-TYPE R’s superior luxury, all-wheel drive powertrain, and (obviously) heftier price tag. The Corvette offers similar drive dynamics and great exterior style, so it’s not easy to say that one is definitely better than the other. There are some subtle differences that will make the choice for many buyers based mainly on appeal and, of course, price point. If money were no object, we cannot say whether two Corvettes or one F-TYPE R Convertible would be better to have. Except to say that you can only drive one car at a time.

The 2016 Jaguar F-TYPE R Convertible has no real competition as it is in a league of its own. This beautiful car accelerates with excitement, corners with panache, and does it all in signature tie-wearing British fashion, never rumpling itself. You cannot ask for a better driving experience than you’ll have in the 2016 Jaguar F-TYPE.

Test Period Length and Limitations
The F-TYPE was a manufacturer’s press loan for about a week. During that time, a total of 457 miles were put on the car in a variety of performance, everyday, and highway miles.