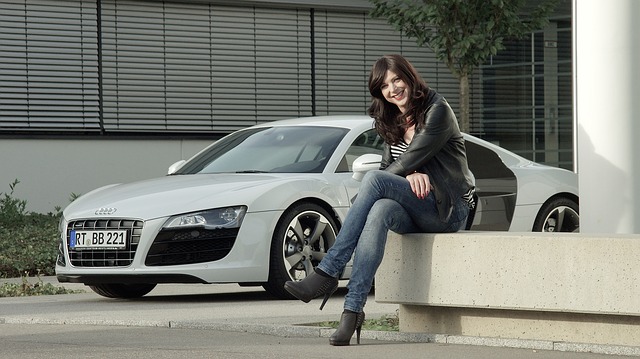 7 Maintenance Tips to Keep Your Car in Good Condition

Let’s face it, we all think we’re good drivers. Nobody wants to be labeled a bad driver, so, no one admits when they are one! Today, we’ve got an article that may make you rethink your driving skills. Here are seven telltale signs you’re actually a very bad driver.

The Soundtrack To Every Car Journey Is Other Car’s Horns

Cars were built with horns for a few reasons. Mainly, horns are there to alert other drivers or to warn a pedestrian that they’re in danger of walking in front of your car. However, most people use their horns to show their disgust at bad drivers. If someone is driving poorly on the roads, what do you do? You honk them to let them know that they’re driving badly and causing annoyance for everyone else. So, if you’re driving your car and are constantly being barraged with other cars beeping at you, then what does it say about your driving? People are only going to beep you if your driving skills are so bad they’re actually annoying other drivers. If the sound of your radio is drowned out by annoyed car horns, then you need to take the hint and accept that you’re not as good a driver as you thought.

Your Friends Don’t Want A Lift From You

One of the joys of owning a car is that you can now drive wherever you want to go. It also means you can give your friends and family lifts if they need helping getting home or want a lift somewhere. If you’re a good driver, then your weekends are probably full of people texting you asking if you’d be their designated driver for the evening. Or, you have friends calling asking to be picked up if you’re free. But, if none of your mates are asking for lifts, then that’s a huge sign you’re not the best driver in the world. If your friends would rather pay for a taxi than getting a free lift with you, then you know you’re a bad driver. Usually, people will do anything for a free lift. So, if they’re going out of their way to avoid you, then you should take is as a hint to sharpen up your driving skills.

Your Car Has More Scratches That A Kittens Scratch Post

An easy sign that you’re a bad driver is if your car has loads of scratches or dents in it. Now, some of you may argue that you bought your car on the used market and all those scratches were there before you took to the wheel. That’s a fair point, but it’s the type of excuse someone makes when they know they’ve been a bit careless and added to those previous scratches and bumps. More often than not, if your car is badly beaten up, it’s because you keep hitting it or scraping it against things. Either you’re bumping it against walls when you’re trying to drive into tight parking spaces, or you keep scraping it against other cars. No matter what, those scratches don’t appear by magic, and it’s probably because you keep driving badly and hitting all manner of things.

You Keep Getting Into Car Accidents

Now, get into one car accident, and it could easily be someone else’s fault. Perhaps you were just in the wrong place at the wrong time and got unlucky. Get into a few over the course of your life, and you can still pin that down to being very unlucky. However, If you know the car accident attorneys in your area on a first name basis, then you’ve spent far too much time in their offices, and it’s clear why that is. If you’re always in car accidents, then you’re going to be the common factor. There are no two ways about it, you’re a rubbish driver! You keep doing things wrong and not obeying the rules of the road and end up getting into accidents with loads of different people. Most people go through their life without getting into more than 1 or 2 accidents. Then again, most people are good drivers!

Your Wheels Are Constantly Busted

Another telltale sign you’re a bad driver is the state of your wheels. Are your tires always looking scrappy with hubcaps that are dented and busted? If this is the case, then you could probably work on improving your driving skills. Why would your wheels be busted? Because you keep banging into curbs! It’s the most common driving mistake, and a real giveaway if someone is a bad driver.

Police are always cruising around looking to sort out any trouble they might spot. But, they also have a duty to protect the roads from reckless drivers that are putting their fellow car owners at risk. So, what do they do? They see someone driving badly, and they pull them over to the side of a road for a chat. They do this if you’re speeding or if you’re breaking the rules when driving. If your commutes are mostly spent at the side of the road explaining your driving to a police officer, then you’re probably a bad driver.

You Keep Having To Buy A New Car

If you’re buying more cars than underwear, then there’s a serious problem. Normally, you should buy a car and keep it for a good few years. There are people that manage to keep their car in good condition for decades before it finally breaks down and they need a new one. So, if you keep needing to buy cars as your one keeps breaking down, then I doubt it’s due to poor manufacturing. Most likely, you’re driving badly and damaging your car from the inside or taking too many hits on the outside. Either way, your cars keep getting run down and you need a new one every year or so. If this is the case, it’s because you’re a bad driver.

If you’re reading through this and recognizing that some of these signs apply to you, then I’m sorry, you’ve just discovered you’re not as good a driver as you thought you were!