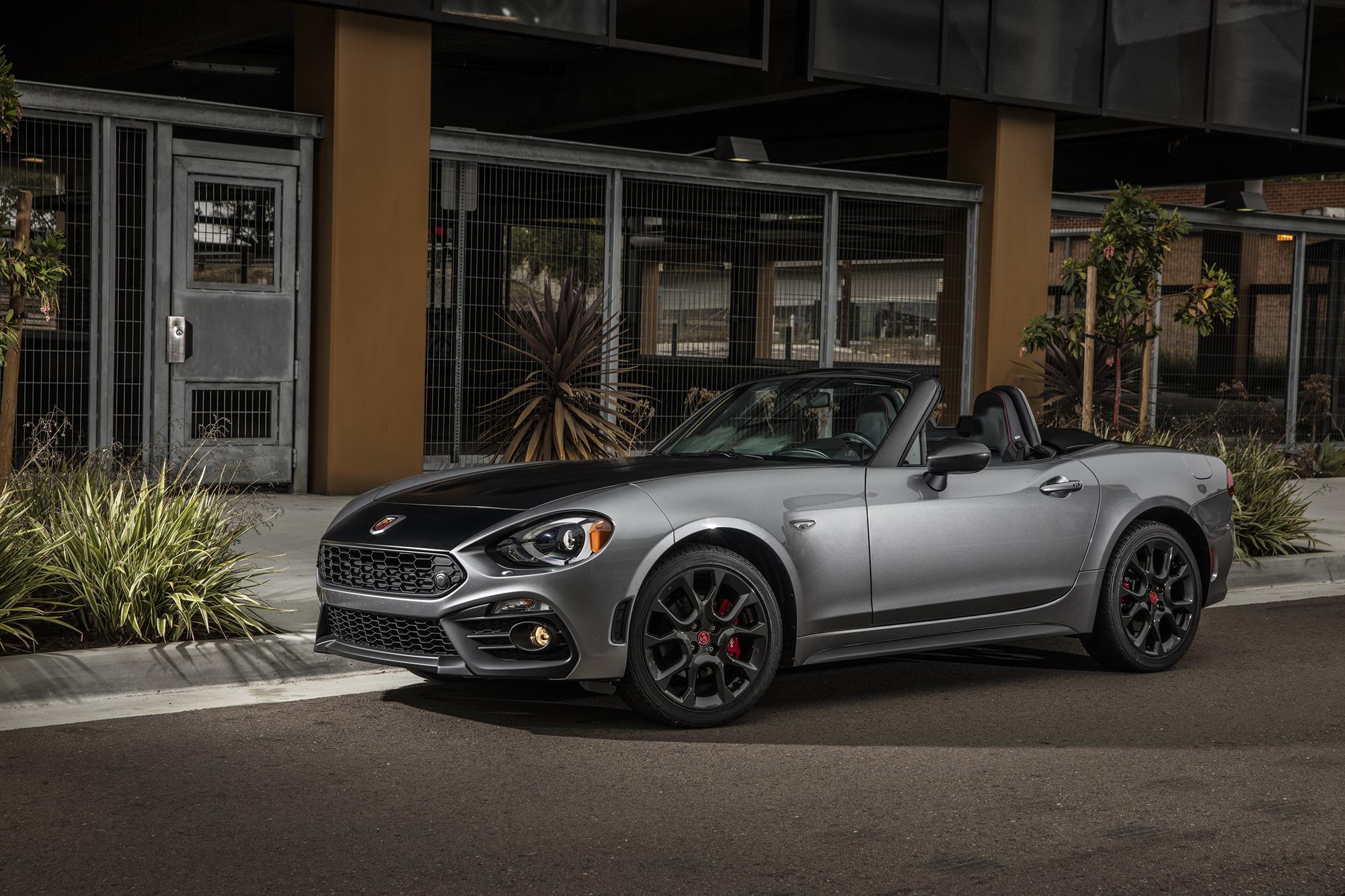 Fiat 124 Spider is what driving is all about

The new Marvel movie Black Panther is out in theaters now. And you may have seen my tester this week starring alongside Chadwick Boseman, who plays the title super hero. The 2018 Lexus LC 500 plays a role in the movie and I felt like a super hero driving around in it for the week. This new luxury sports car from Lexus is indeed a star, on and off the screen. On looks alone, the LC 500 is a head turner. It’s a perfect blend of Lexus’ typical luxurious, but refined looks with sharp, aggressive sports-car styling. The head lights give the LC500 the aggressive, sporty appearance. The swoosh-like LED head lamps flank the styling on the hood and seem to flow perfectly with the rest of the grille. The LC 500’s front end is a good blend of luxury and sports car, which is true for the rest of the sports coupe too. The back side is by far more aggressive looking than the front. In fact, I’ll go so far as to say, the LC 500 is the best-looking car from the back side. Chromed out dual exhausts, angled, framed rear lights that match the swoosh look on the front and a chiseled, yet subtle rear spoiler. The LC 500 isn’t just all looks either. It’s got performance suited for a super hero. A 5.0-liter V8 engine cranks out the horses to the tune of 471 hp. A 10-speed automatic transmission performs amazingly well. Paddle shifters will appease the enthusiasts that want a manual transmission. The LC 500’s weight is noticeable in some of its performance and handling. This car is better aimed at the luxury market and away from the super car enthusiasts who may find it too heavy in turns, despite nice, tight steering. The LC 500 can’t help but let its Lexus show with an overall refined performance which may not be quite athletic enough for some. It’s fun and exhilarating, don’t get me wrong, but it’s not going to win over the true sports car enthusiasts. But nevertheless, I enjoyed myself in the week I spent in the LC 500. It’s impossible not to have fun driving this rear-wheel drive sports coupe. Inside, the LC 500 shows off its Lexus influence with fine touch points and luxurious offerings. The LC500 feels high end. It also seems higher off the ground than other sports car and I really appreciated that. It made getting in and out of the racing-style seats easier than some of its rivals. The back seat is tiny and should be limited to children, or adults you’re mad at.

The Mark Levinson Surround System is outstanding. This is an extra offering on the Touring Package, but really adds value to the LC 500, as the infotainment system is otherwise frustrating. The overly sensitive touchpad continues to detract from many Lexus vehicles. It’s good in what it eventually accomplishes, but the means to getting there is beyond frustrating. It takes away from an otherwise fantastic interior.

The LC 500 is also available as a hybrid but is so well suited in the rear-wheel drive, V8 version. As such, my tester had a starting price of $92,000. With the Touring Package, which included the aforementioned sound system as well as 20-inch forged aluminum wheels and an Alcantara Headliner, my tester’s final MSRP was $94,690.

The Lexus LC 500 has an EPA rating of 16 mpg/city and 26 mpg/highway. But honestly, when you’re spending this kind of money on a car like this, fuel economy is less of a concern.

I saw the special edition Black Panther LC 500 up close at the Detroit Auto Show and Chicago Auto Show and it looked so nasty and aggressive. It almost made me forget how beautifully refined, yet aggressively styled the 2018 Lexus LC 500 is. It’s fit for a super hero or anyone who wants the best of all worlds merging high-end luxury with sports car performance, bundled together in perfect symmetry.