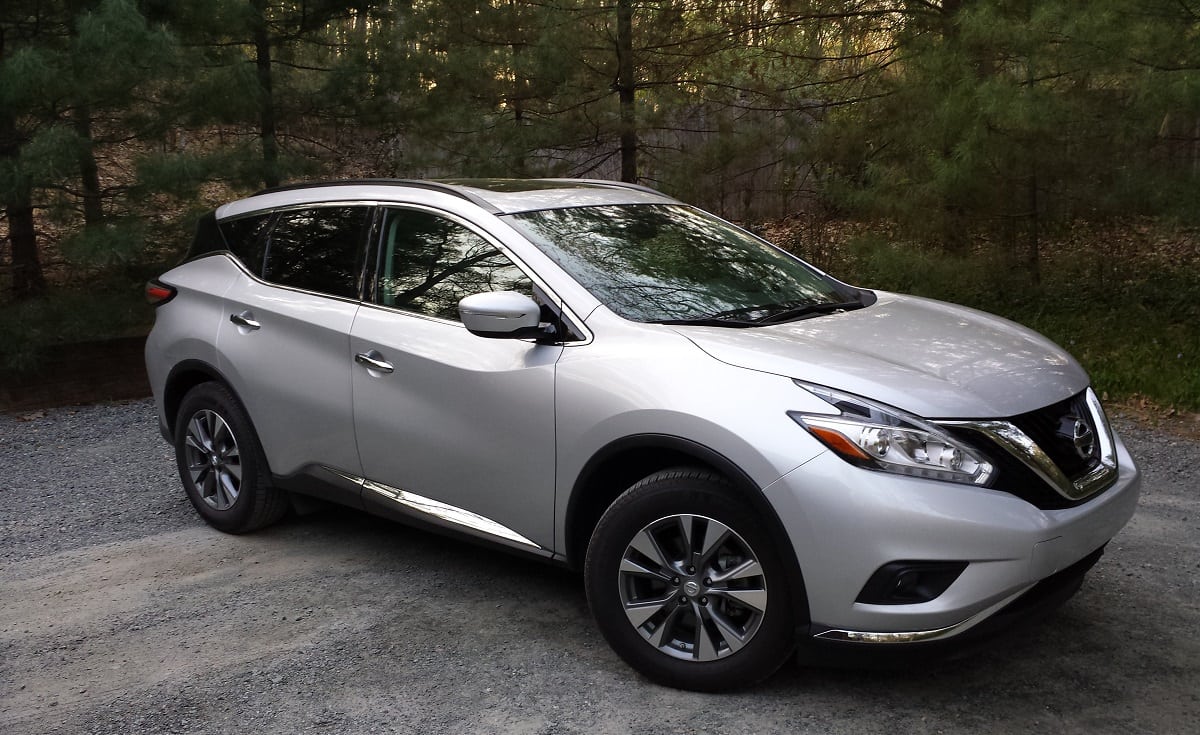 Let me set the scene. It was opening night of the Detroit Auto Show, also known as the North American International Auto Show (NAIAS). For us in the media, these nights are filled with various unveiling events and some wining and dining. Hey, somebody has to do it. I happened to be at the Volkswagen event, where the food was delicious, and the open bar was being used briskfully (not by me, but by many others). Sitting under the covers, about to be unveiled was the 2019 Volkswagen Jetta.  I admit, I was more interested in the next round of crab cakes than the German compact car that would soon be unveiled for the first time. But, when the sheet was pulled off and the lights hit it, and the music started playing, it had my attention. “This isn’t the Jetta I know,” I told one of my colleagues.

Truth be told, I’ve found the previous generation of the Jetta quite ho hum. The looks were stale, and the interior was underwhelming. I did like the way it drove, somewhat. So, when I saw the new-look of the 2019 I took notice. But when I got to actually drive it this week, that was like my own personal reveal – only nobody was bringing me crab cakes.

I have always wanted Volkswagen to be more like its luxury mothership, Audi, with its styling. It never is. But Volkswagen specifically designs their vehicles with the American market in mind. They brag how in tune and in touch with the American consumer they are. Although, this Jetta is made in Mexico. But I digress. 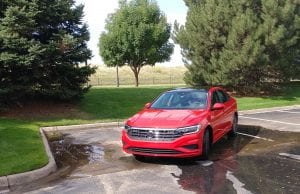 The 2019 Jetta has a markedly better appearance. It has a modern, timeless look with a distinctive front end. This is infinitely better than other Jettas of the past where they all look the same. The front end is the best side of the Jetta with indentations on the hood that are repeated on the side panels too. This congruent look ties the entire car together. The back end loses some of the styling, with somewhat boring rear tail lights and a downplayed back end.

On paper, this new Jetta with its new engine, still seems like it’s under powered. But, get behind the wheel and the turbocharged 1.4-liter 4-cylinder engine actually feels quick (not fast). With no noticeable turbo lag it gets off the line adequately and gets to highway speeds rapidly. Don’t be put off by the 147 horsepower as the Jetta drives more like a car that’s knocking on the door of 200 horses. The optional eight-speed automatic transmission is impressive. The steering is responsive, and the overall handling is what you expect from a German-engineered vehicle, which is to say, it’s athletic in turns. The various drive modes change the dynamics of the car, and that’s a new offering for this model year. 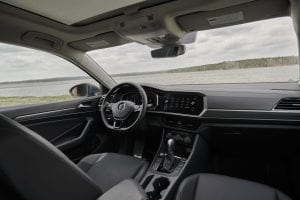 The Jetta has been quite underwhelming in the past when it came to interior quality. In Detroit we couldn’t get very close to it to see how the interior had improved. As I sat down in my tester, I gave it the “poke” test, remember the numerous hard plastic materials in the last Jetta I drove. This one passed my poking and prodding with improved touch points. There’s more soft materials used, although there’s still some harder materials that exist. But that being said, the road noise is practically non-existent. Plus, the infotainment system gets kudos from me for employing Apple CarPlay (and Android Auto too) which integrates well on the 6.5-inch touchscreen. Any bigger screen than that would overpower the center stack of this small car.

As a compact car, one of the biggest assets of the Jetta is its low starting price. The base model S, with manual transmission, starts at $18,545. There are three other trim options. My tester was the top-of-the-line SEL trim, but that came with an advanced audio system and sensor-based safety features too. As such, my tester had a final MSRP of $24,415, making it still quite affordable, for a top-trimmed car.

Fuel economy for this new-look, new-powered Jetta, is impressive. It has an EPA rating of 30 mpg/city and 40 mpg/highway. It’s not often than a non-hybrid-powered vehicle attains that magical 40 number. In a week’s worth of mostly suburban driving, I averaged nearly 36 mpg.

All the free food and fanfare aside, the new 2019 Volkswagen Jetta left a good first impression on me. Spending a week with it just reinforced it further. That first impression lasted all week long.