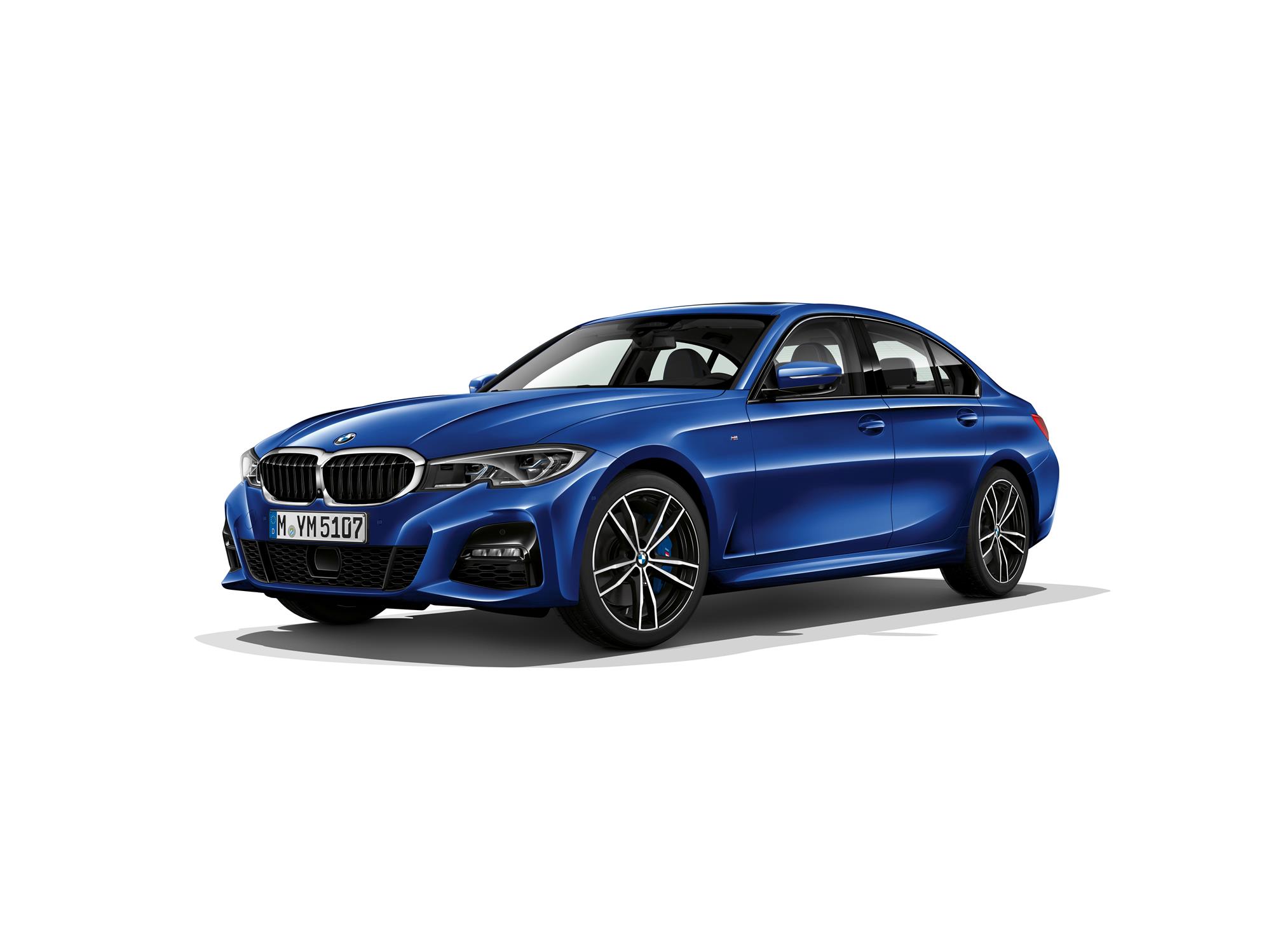 The EQS is the first all-electric luxury sedan from Mercedes-EQ. With it, Mercedes-EQ is redefining this vehicle segment. The EQS is also the first model to be based on the modular architecture for luxury and executive-class electric vehicles. Fusing technology, design, functionality and connectivity, the EQS is designed to delight both drivers and passengers. The first models being introduced to the U.S. market will be the EQS 450+ with 329 hp and the EQS 580 4MATIC with 516 hp.

As part of its Ambition 2039 initiative, Mercedes-Benz is working on offering a carbon-neutral new car fleet within 20 years from now. As soon as 2030, the company wants more than half the cars it sells to feature electric drive systems – this includes fully electric vehicles and plug-in hybrids. In many areas, Mercedes is already thinking about tomorrow today: the new EQS is designed with sustainability in mind. The vehicles are produced in a carbon-neutral manner, with resource-saving materials such as carpets made from recycled yarn used. This is because Mercedes-Benz considers the entire value chain, from development and the supplier network to its own production. Furthermore, Mercedes-Benz AG had its climate protection targets confirmed by the Science Based Targets Initiative (SBTI).

With a great deal of meticulous detail work and on the basis of the Purpose design, the aerodynamicists, in close cooperation with the designers, were able to achieve a new cd  best value of 0.202. This makes the EQS the most aerodynamic production car in the world. The operating range particularly benefits from this. It is also among the best in terms of quiet running thanks to the decreased wind noise level.

The EQS currently sets a very good value for recuperation: Of the maximum deceleration in the DAuto recuperation program of 5 m/s², up to 3 m/s² is achieved by recuperation (2 m/s² by the wheel brakes). This allows decelerating to a standstill without using the brake pedal, while at the same time the range benefits from this recuperation strategy and the high recuperation power (up to 290 kW3). Deceleration is also applied to detected vehicles ahead until they come to a standstill, for example at traffic lights. Intelligent energy recovery is situation-optimized with the aid of ECO Assist and acts with foresight, taking into account traffic conditions or topography, among other things. The driver can also set three energy recovery levels and the coast function via paddle shifters on the steering wheel.

With ranges up to 770 kilometers (WLTP) and an output of up to 516 hp, the powertrain of the EQS meets every expectation of a progressive sedan in the S-Class segment. A performance version with up to 630 hp is being planned. All EQS models have an electric powertrain (eATS) at the rear axle, while the versions with 4MATIC also have an eATS at the front axle.

The EQS marks the launch of a new generation of batteries with significantly higher energy density. The larger of the two batteries has a usable energy content of 107.8 kWh. The innovative battery management software, developed in-house, allows updates over the air (OTA). This allows the energy management system to remain up-to-date throughout the life cycle. In terms of the cell chemistry, the cobalt content of the cathodes has been reduced to ten percent.

The EQS can be charged with up to 200 kW at fast charging stations with direct current. Power for up to another 300 kilometers (WLTP) is recharged in just 15 minutes1. At home or at public charging stations, the EQS can be conveniently charged with AC using the on-board charger. In addition, various intelligent charging programs can be activated automatically depending on the location, and functions such as battery-saving charging.

With Mercedes me Charge the driver can simply drive to the appropriate charging station2, open the flap, plug in and the current starts flowing: this is how easy the charging process is with the EQS, thanks to Plug & Charge. Other highlights include the densest network of charging points, with over 90% coverage of public charging points in the USA.

Navigation with Electric Intelligence plans the fastest and most convenient route, including charging stops, based on numerous factors and reacts dynamically to traffic jams or a change in driving style, for example. A new feature of the EQS is a visualization in the infotainment system (MBUX Mercedes-Benz User Experience) showing whether the available battery capacity is sufficient to return to the starting point without charging. Charging stations along the route that have been favorited are given preference in the route calculation while certain charging stations can be excluded, if selected by the driver. Additionally, the estimated charging costs per charging stop are calculated for the driver.

Although the EQS is a close relative of the new S-Class, it is built on an all-electric architecture. This completely new concept made a Purpose Design possible: with its one-bow lines and cab-forward design with fastback, the EQS is clearly distinguishable from vehicles with combustion engines, even at first glance. The design philosophy of Sensual Purity, combined with Progressive Luxury, is reflected in generously sculpted surfaces, reduced joints and seamless transitions (seamless design).

The front is combined into a ‘Black Panel’ unit. Innovative headlights connected by a light band and the deep black radiator grille (Black Panel) form the distinctive face. The exclusive look of the Black Panel radiator grille with central Mercedes star is enhanced still further: the grille also features a three-dimensional star pattern. This Mercedes-Benz Star pattern is available in conjunction with AMG Line Exterior or with the standard Mercedes-EQ body styling. The design picks up on the original star of the Daimler- Motorengesellschaft, which was registered as a trademark in 1911.

The EQS is the first Mercedes to offer the option of activating completely new vehicle functions via over-the- air updates (OTA) in many functional areas. Available from launch: two special driving programs, games and the demo program “The Best or Nothing”. This means that, following the purchase and the initial new-car configuration, some of the features of the EQS can be adapted according to personal preferences. It will also be possible to unlock the rear axle steering with the larger steering angle of ten degrees. In addition to the classic purchase of individual functions, subscriptions, temporary activations and free test phases are also planned.

With ENERGIZING AIR CONTROL PLUS, Mercedes-Benz is taking a comprehensive approach to air quality in the EQS. The system is based on filtration, sensors, a display concept and air conditioning. The HEPA (High Efficiency Particulate Air) filter has a very high filtration level that enables it to trap fine particles, micro-particles, pollen and other substances that enter with the outside air. Sulphur dioxide, nitrogen oxides and odors are also reduced thanks to an activated charcoal coating. The HEPA filter has the “OFI CERT” ZG 250-1 certification in the area of viruses and bacteria. Using pre-entry climate control, it is also possible to clean the interior air before getting into the vehicle. The particulate levels outside and inside the vehicle are also displayed within MBUX. They can be viewed in detail in the dedicated Air Quality menu. If the quality of the outside air is low, the system can also recommend closing the side windows or the sliding sunroof.

As an option, the EQS has automatic comfort doors4 at the front and rear. When the driver approaches the car, the door handles extend, then as they approach further, the driver’s door opens automatically.

Continuing the seamless entry experience, once the brake pedal is depressed the driver’s door can then close automatically. Using MBUX, the driver is also able to open the passenger and rear doors, for example, to let in children in front of school.

As an exceptionally intelligent vehicle, the EQS has up to 350 sensors, depending on the equipment. These record distances, speeds and accelerations, lighting conditions, precipitation and temperatures, seat occupancy as well as the driver’s blink of an eye or the passengers’ speech. This wealth of information is processed by control units that, controlled by algorithms, make decisions at lightning speed. Making them the brain, so to speak. The new EQS can expand its capabilities based on new experiences, because it is highly capable of learning thanks to artificial intelligence (AI).

The all-around sound experience in the EQS also makes the paradigm shift from a conventional to an electric car audible. A variety of soundscapes allows for an individual acoustic set-up. In combination with the standard Burmester® surround sound system, the EQS features the two soundscapes Silver Waves and Vivid Flux. Sound Experiences can be selected or switched off on the central display. An additional soundscape can be unlocked using over-the-air technology. The interactive driving sound, which is reproduced via the sound system’s loudspeakers in the interior, also moves within the respective sound world.

New to ENERGIZING COMFORT are the three ENERGIZING NATURE programs Forest Glade, Sound of the Sea and Summer Rain. These provide an immersive and impressively realistic on-board sound experience. These calming sounds were created in consultation with the acoustic ecologist Gordon Hempton. As with the other programs that form part of ENERGIZING Comfort, lighting moods and images are used to address other senses.

Thanks to powerful sensors that monitor the vehicle’s surroundings, the parking systems can help the driver with maneuvering in tight spaces.

The MBUX Hyperscreen is the absolute highlight in the interior. This large, curved screen unit sweeps almost from A-pillar to A-pillar. Three screens appear to merge into one as they sit under a single glass cover. The 12.3-inch OLED display for the front passenger gives them their own display and control area. The entertainment functions are only available while the car is being driven in accordance with the country- specific legal regulations. Mercedes-EQ relies on an intelligent, camera-based locking logic: if the camera detects that the driver is looking at the front passenger display, it is automatically dimmed to prevent driver distraction.

With adaptive software, MBUX adapts completely to its user and makes personalized suggestions for numerous infotainment, comfort and vehicle functions. With the zero layer, the most important applications are always offered on the top level within the field of vision, according to situation and context.

The principles of Integral Safety, in particular accident safety, apply regardless of the platform. Like all other Mercedes, the EQS therefore features a rigid passenger cell, special deformation zones and state-of-the-art restraint systems, with PRE-SAFE® including PRE-SAFE® Impulse Side equipped as standard. The fact that the EQS is based on an all-electric architecture also opened up new design possibilities for its safety concept. It meant, for example, that a favorable location could be chosen for the installation of the battery, in a crash-protected area in the underbody. And because there is no large engine block on board, the behavior in a frontal crash could be modeled even better. In addition to the standard crash tests, the car’s performance in various additional load situations was verified and extensive component tests carried out at the Vehicle Safety Technology Center (TFS).