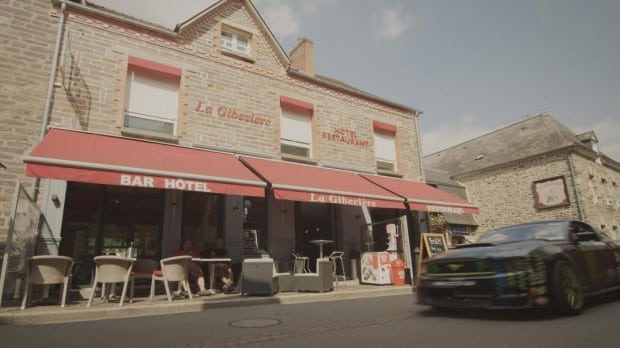 Porsche is celebrating a very special world premiere at the Los Angeles Auto Show – the new Porsche 911 Dakar, which feels equally at home on loose surfaces as it does on country roads. The exclusive model limited to 2,500 units globally demonstrates that the concept of the Porsche 911 knows almost no boundaries. It harks back to the first overall Porsche victory at the 1984 Paris-Dakar Rally – which also represents the first use of the all-wheel drive system in a Porsche 911. To commemorate this achievement, the new 911 Dakar will be offered with an optional Rallye Design Package inspired by the iconic winning car of 1984.

Standing tall, sliding sideways
The first thing that immediately stands out on the Porsche 911 Dakar is its ride height: It is 50 millimeters higher than on a 911 Carrera model equipped with Sport Suspension. In addition to this, the standard lift system can raise the front and rear of the car by an additional 30 mm – achieving a level of ride height and ramp-over angles similar to conventional SUVs. The lift system is not only designed to help clear obstacles at low speeds, but is also an integral component of the newly calibrated suspension. The “High Level” setting is usable at up to approximately 105 mph for spirited off-road driving. Above this speed, the car returns to its normal ride height.

Specially developed Pirelli Scorpion All Terrain Plus tires, measuring 245/45 ZR 19 in front and 295/40 ZR 20 at the rear complement the especially sporty off-road appearance of the new model. The off-road focused tread pattern has a depth of nine millimeters, the reinforced sidewalls and tread have dual carcasses, making them suitable for off-road excursions and more resistant to sidewall damage. Summer performance tires and snow tires from the Pirelli P Zero tire family are optionally available, and also feature dual carcass layers, but the new all-terrain tires are standard equipment.

Powerful engine for all surfaces
The 3.0-liter twin-turbo Boxer engine makes 473 hp and 420 lb.-ft. of torque and delivers commanding performance accompanied by the unmistakable Boxer engine sound. The new 911 Dakar accelerates from 0 to 60 mph in 3.2 seconds, the top track speed is limited to 150 mph due to the cross section height of the tires for this model.

The engine is paired with an eight-speed-PDK and Porsche Traction Management (PTM) all-wheel drive. Rear-axle steering, engine mounts adopted from the 911 GT3 and the body roll reducing Porsche Dynamic Chassis Control (PDCC) system are also standard equipment. The interplay of all these components enables the 911 Dakar to tackle sand and loose gravel especially well. Two new drive modes – Rallye Mode and Off-Road Mode – offer the excellent off-road performance that can be activated using the mode switch on the steering wheel. Rallye Mode is programmed for loose, uneven surfaces and biases power to the rear axle. In Off-Road Mode, which is focused on maximizing traction on sand and in rough terrain, the “High Level” ride height is automatically engaged. A new Rallye Launch Control mode was developed specially for this model and is available in both model-specific drive modes. It enables impressive acceleration on loose surfaces and allows wheel spin of up to 20 percent.

Optional roof basket and tent
The 911 Dakar also features a fixed rear spoiler, and a hood made of CFRP, of which the latter is taken from the 911 GT3, with large openings designed to extract air. Red front and rear tow hooks made of forged aluminum, flared fender arches and rocker panels contribute to the off-road appearance as do stainless steel body elements on the front and rear fascia and side skirts. The side air intakes in the newly designed front fascia also have stainless steel mesh grilles to rocks and other damaging objects from entering.

The roof of the 911 Dakar is equipped with a 12-volt-socket for the headlights of the optional roof basket. It can hold up to 92 lbs. of equipment such as spare gas and water canisters, folding shovels and recovery boards. A roof tent is available for the 911 Dakar as well.

The interior of the 911 Dakar underscores the performance-oriented nature of the car with standard Full Bucket Seats and deleted rear seats. Lightweight glass also helps save mass so that the 911 Dakar has a curb weight of 3,552 lbs. – just 16 lbs. more than a 911 Carrera 4 GTS with PDK.

Another Dakar-specific detail is the standard Race-Tex upholstery with decorative stitching in Shade Green, which is exclusive to the 911 Dakar as an exterior paint color.

Rallye Design Package harks back to Dakar winner of 1984
The optional Rallye Design Package starts with a two-tone paint consisting of White and Gentian Blue Metallic. This also represents the first time that Porsche is combining a two-tone paint color with decorative livery. Customers can opt for a start number on the side of the car between “0” and “999.” Customers of the 911 Dakar can order an exclusive Porsche Design Chronograph 1 ‒ 911 Dakar or the Chronograph 1 ‒ 911 Dakar Rallye Design Edition. For the first time, the housing is made of particularly light and scratch resistant titanium carbide.