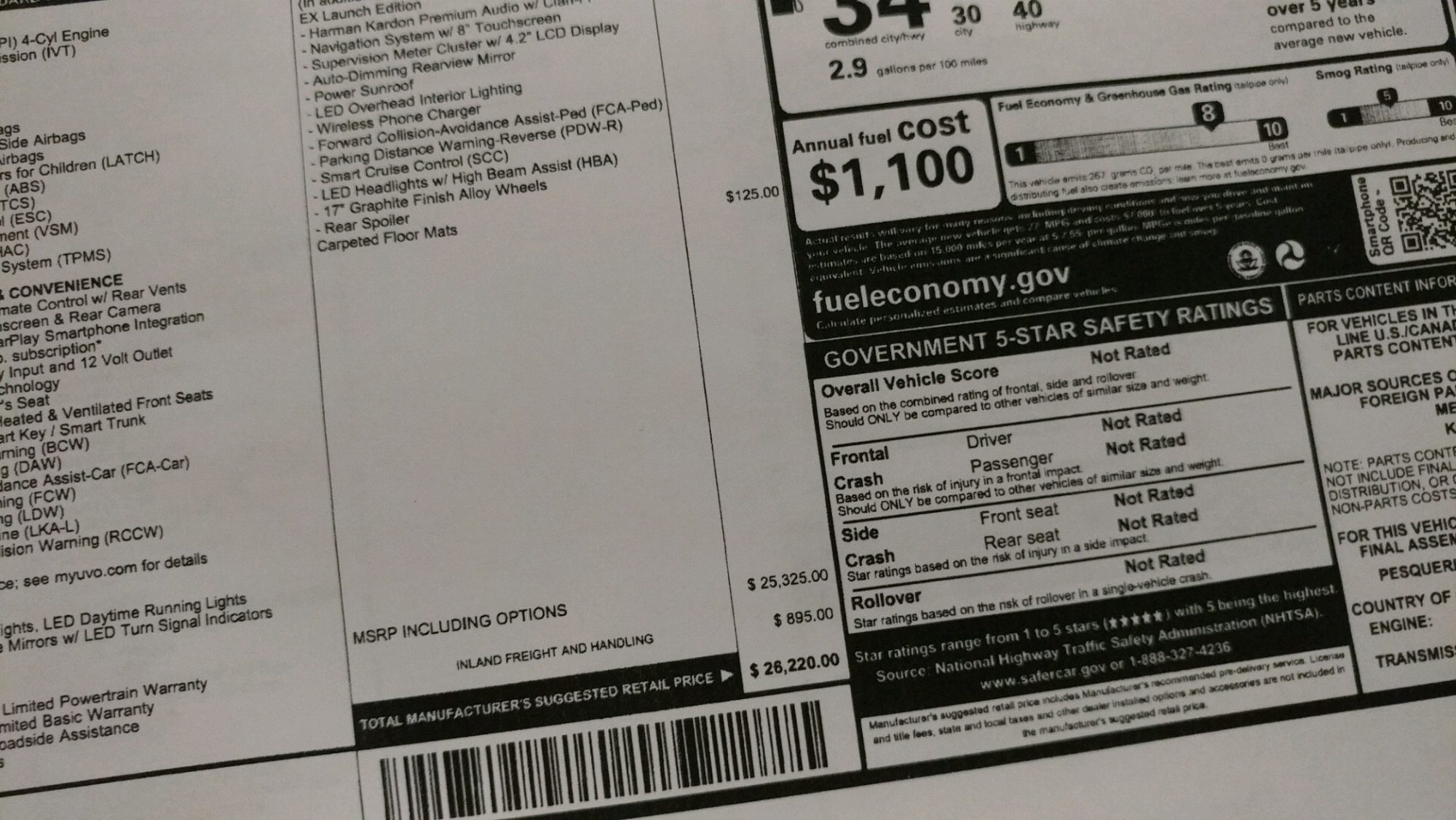 New Car Prices Have Risen 29 Percent In a Decade

Last week, I attended a leg of the Colorado Automobile Dealer’s Association (CADA) annual Green Car Convoy to promote the Denver Auto Show and CADA’s Clear the Air Foundation.  The Green Car Convoy is a way to promote both the auto show and the association’s foundation that encourages dealerships and consumers to donate their cars for recycling rather than re-sale.  In just over a year, the foundation has taken 540 polluting vehicles off of Colorado’s roads and sent them for recycling.

The event began at CADA headquarters in downtown Denver, where I met up with CADA President Tim Jackson and Ms. Jill Palermo who runs the Clear the Air Foundation.  With a few other participants on board, we climbed into their wrapped showcase vehicles, a 2012 Honda Odyssey and a 2012 Subaru Forester PZEV. Our first stop was at the local Denver Channel 9 News building where the vehicles were parked for display and interviews were had.  Here I snapped photos of the two vehicles (above) and talked with Jill about the foundation and how it operates.

Most of the donated vehicles are given by participating dealerships.  The dealers would normally buy the vehicles as trade-ins and then re-sell them to the used lots around the state, but through the foundation, they can donate the vehicles for recycling and receive Colorado and federal tax credits equal to the full trade-in paid for the vehicle.  This pulls old vehicles and polluters off the road.

Once sent for recycling, CADA has agreements with a recycling conglomerate that pulls all usable parts off the body of the car (no engine or frame parts can be removed) and then strips the car down for crushing and shredding.  About 84% of the average pre-2000 car can be recycled for re-use or re-purposing.  Since the Clear the Air Foundation keeps the car’s title, it cannot be resold or have VIN-marked parts (frame, engine block, etc) sold, ensuring that these are recycled.

After finishing up at Channel 9, we headed for Longmont, Colorado as the snow began to fall.  There, we stopped at a local newspaper for more interviews.  Dealerships in the area arrived with green cars, including a Ford C-Max Hybrid, a Toyota Prius v and a Camry Hybrid.  The weather kept others from arriving.  After interviews and photos – I met several great people from local dealerships – we packed up again and headed on to our next stop.

We kept our direciton northwest, heading into Boulder, Colorado where we stopped at Alfalfa’s Market.  This is a popular local grocery market with a bakery and large wine selection as well as a coffee and bagel shop (at this point much appreciated as the weather worsened).  The store owns a Ford Transit Connect Electric it uses for deliveries and a Nissan Leaf for getting around town.  Their parking lot features plug-in parking spaces (free of charge) and encourages eco-friendliness through re-bagging and by offering only organic and sustainably sourced products as well as a lot of locally-produced items. At Alfalfa’s we were met with more vehicles from local dealerships, including (in order, back-to-front)  a Toyota Prius c, another Prius v, a 2013 Honda Civic, a 2013 Kia Optima, and a Land Rover Evoque.  Customers at the store were interested in the vehicles and talked with the dealership reps on hand.  Alfalfa’s had advertised the event in their weekly flier.

Once again, however, we had to pack up and keep moving.  Our last stop was nearby at a prestigious golf resort on the foothills.  There we met at a Rotary Club luncheon with about thirty Rotary members.  Tim gave a presentation about green vehicle technologies, the Clear the Air Foundation, and a quick view of the green vehicles that will be on display at the Denver Auto Show on March 20-24.

During our luncheon, the weather cleared and the snow began to turn to slush as the sun came out.  Our drive home was great and we spent it recapping the day’s events.  I met a lot of great people and saw some awesome green cars that are for sale, right now, on dealer’s lots.