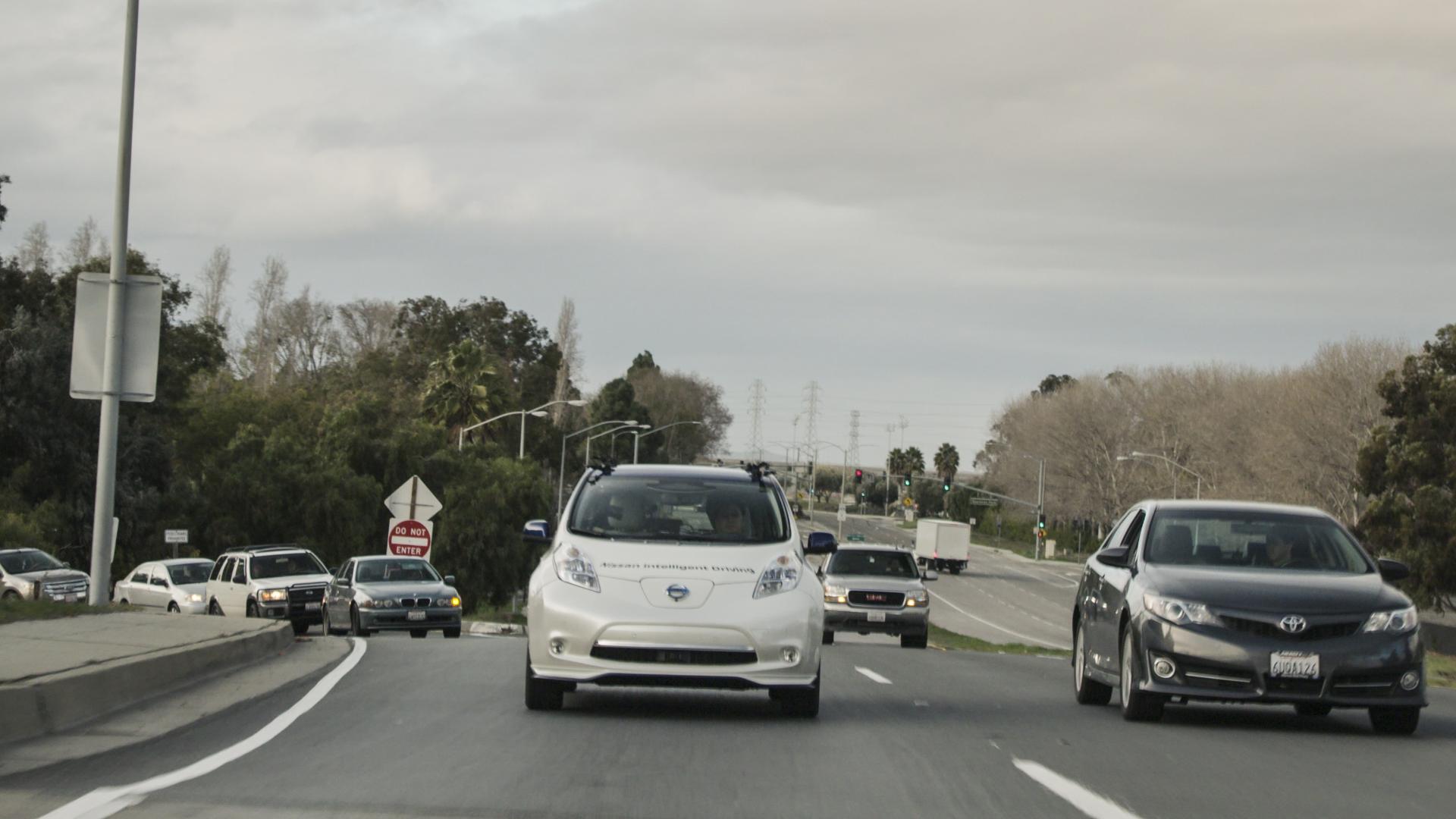 The Autonomous Road to Silicon Valley

The midsize sedan market is the most contested automotive sales genre in the United States. It accounts for nearly a quarter of all passenger vehicle sales here and is home to some beautiful machines. The 2013 Nissan Altima is a well-received contender that has an understated look that rivals the best offered here. What most don’t realize is that under its hood, the Altima 3.5 SL is also a sports car struggling to be free of its midsize sedan stigma.

The 2013 Nissan Altima 3.5 SL sort of sneaks up on you. From the outside, it looks like a beautifully-designed midsize sedan and marketing for the vehicle has largely focused on its fuel economy (31 mpg highway) and Nissan’s new Zero Gravity seating – something that deserves attention, but we’ll get to that later.  The impression given, then, is that the Altima 3.5 SL is a great car, but not necessarily a fun one.

When you get in it and start driving, though, after the initial impression of the extreme comfort it offers has passed, you realize that this is not just another midsize sedan. It’s a midsize sedan that really, really wants to be a sports car. From the powerful response on the throttle to the muscular sound of the engine when revved high, the 2013 Altima 3.5 SL screams “drive fast!”  So much so that during our test time in the car, my 3-year-old daughter in the back seat was often chanting “Go fast, dad! Go fast!”  The apple doesn’t fall far from the tree; she loves muscle car sounds and G-forces pushing you into the seatback as much as her old man.

The beauty of the sportiness of the Altima and the fact that it’s a midsize sedan is simple: you get all the benefits of a family car plus the fun of a sports car and you don’t have to worry about the false impressions a midlife crisis car might give people when you’re cruising around town. The Atima is impressive in its styling. Far more so than most would expect. With rivals on the market like the beautifully-designed Ford Fusion and next year’s awe-striking Mazda6, though, Nissan had competition to think about when refining this car. They did very well, bringing a mixture of contemporary styling and bling-factor to make for a smart-looking, striking automobile. Few will say that the 2013 Altima 3.5 SL is not a stylish car. I received nothing but compliments during my week with it.

Inside, the Altima is just as impressive. The smart use of space and ergonomics are nicely done. Nissan has a penchant for well-designed interiors and the Altima epitomizes that for them as their flagship model. There are intelligently-placed cubbies, thoughtful spaces, and plenty of space between and around the seats for legroom and shoulders.  Finally, the trunk is one of the largest in this class, with what some in the industry call a “Jersey 3-body” size. Parents should note that fitting two child safety seats in the rear was simple and left plenty of room for a third at center if need be.

The real story of the Altima’s interior, however, is the Zero Gravity seating. The best way to describe it is to imagine the $400 office chair you always pine after at the store, but never bring yourself to buy despite its perfect feel. The driver and passenger seating in the Altima is that good and the longer you sit in them, the better they get. During our time with the car, we took a day trip of over 200 miles (round trip) in the Altima 3.5 SL and loved every minute of it.

This isn’t some luxury option either. Zero Gravity is standard from the base four-cylinder model all the way up to the top-fit V-6 we tried. Under the hood, the 2013 Altima 3.5 SL is a beautiful machine. The V-6 is of all-aluminum construction, with 3.5 liters of displacement outputting 270 horsepower (6,000 RPM) and 251 lb-ft of torque (4,400 RPM) under a 10.3:1 compression ratio. The sequential multi-port electronic fuel injection uses four valves per cylinder.

This is all sent through a continuously variable transmission (CVT) that, on the 3.5 SL, has paddle shifting to allow manual control when desired and a “Sport Mode” on the shifter for maximizing RPM to bring on the speed.  This combines with the Active Understeer Control (also standard) to give the Altima excellent handling to go with that oomph.

Key competition for the 2013 Altima are the Ford Fusion and the Toyota Camry. Compared to them, the Altima is not quite as stylish as the Fusion, but is a head above the Camry. In performance, the Fusion’s standard V-6 offering is no comparison, but its EcoBoost options will outperform the Altima 3.5 in both economy and sporty response. The Camry in its current rendition has little to bring to the table in that regard.

The 2013 Nissan Altima 3.5 SL is a beautiful car with contemporary styling and a lot more get-up-and-go than most would expect. It is exceedingly comfortable and beats all comers in that arena and has the versatility and spaciousness to mark it as a top contender in the midsize segment.

The primary weakness of the 2013 Altima is its price tag for the larger V6 option, which begins at about $30,000 (the 4-cylinder option base model starts at about $21,000). The lack of a hybrid option, both things that mark the best-selling Camry and the fast-gaining Fusion apart, means that Nissan is not competing in that market and with Mazda bringing a diesel version of the Mazda6 and Chevrolet having the lower-end Cruze Diesel entering the market next year, Nissan may find itself in a tough spot.

For all of that, though, the 2013 Nissan Altima 3.5 SL is a surprising, fun-filled, and very beautiful car that excels in comfort and convenience. For those in the market for a midsized sedan, this vehicle should definitely be on the list of considerations. It’s an excellent offering from Nissan that should not be missed.

Test Period Length and Limitations
The car was a press loan from the manufacturer for a one week period in Wyoming. Driving included town, highway, and freeway as well as some hard-packed dirt road and city experience. A total of 363 miles were put on the car during our test week.