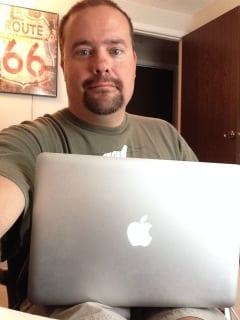 As an automotive journalist who works full time in the field, I deal with a lot of reps. These representatives are employees of automotive manufacturers or are working for a press agency which has been hired by the manufacturer. They are the ones that we, in the press, see as our “go to” people when we have a question, need to know something, or are interacting with the automaker.

If you name an automotive company, I can probably tell you who their press rep is in my area and I likely recognize them on sight as well. With only the rare exception, I have found the people hired by automakers to be excellent resources and great people to know personally.

Nearly all of them do things that are universally accepted as the norm in this business. Some of them go the extra mile.  Often, I find myself happier working with the reps who are willing to do a little more or just do it as the norm. Things Some Reps Do That All Should Be Doing

Without naming names, here are the habits of automotive representatives that I find most helpful to me, as a journalist, and most likely to get them more coverage because I can rely on them to help me craft a story.

At press events, this, of course, is the norm. These are hot sheets that give a fast set of bullet points or a handful of paragraphs highlighting the biggest changes the vehicle has seen since the last year’s model or pinpointing the vehicle’s best attractions. At events, this is expected.  Outside of those venues, however, not so much.

That’s why when I recently received a press fleet vehicle for a test drive and got an email from the rep giving me links to download that hot sheet as well as the full press kit for the vehicle, I was surprised. In the end, not having to hunt for that information myself saved me a lot of time, which meant that the writeup for the vehicle in question happened faster than it would have otherwise. This was, to me, going above and beyond on the part of the press rep.

This should seem like a no-brainer, but you’d be amazed how many press representatives take 24 or more hours to answer queries.  During major shows, of course, this is fully understandable. I don’t expect a rep to answer his or her phone midday during the Detroit auto show. Even when on the road, though, most of the good press reps I have a relationship with answer emails and phone calls within hours of my contact – often minutes. One in particular, even though I’m relatively “small potatoes” in the scheme of things, either personally answers or has staff answer my email/phone within minutes.  Every time (during reasonable business hours, of course). That not only makes my job easier, but means that I’m more likely to do a more unique piece for that automaker because I was able to get information that may not have otherwise been easy to find. I work with three companies in this area that bring me fleet vehicles – these are management companies hired by the automakers to distribute and track press fleet vehicles. All three of them email a copy of the Monroney (aka “window sticker”) for the car being tested. This gives me the “as tested” price you’ll often see listed on my reviews, which gives an idea of what the most top of the line options will cost, since our test vehicles are nearly always fully loaded. The sheet, though, includes a lot of other quick details that are useful when talking about the car, doing video shoots, or writeups.

The Monroney will include the engine size, displacement and likely the outputs. It also details the transmission type, safety features, etc. Very nice to have in front of you. One automaker I receive test cars from includes a URL on their Monroney that goes to the full press kit for the car. Again, very nice touch.

I know a lot of press reps categorize journalists by our outlet sizes. This is expected. I know I’m not as big as, say, the guy from Car & Driver or the lady from CBS. But when a press event seems to revolve entirely around them and largely ignores me, I get put off and am less likely to write about your vehicle (or write favorably). Frankly, press reps who have the cherry picking attitude often cannot be counted on to do the other things already listed here either and are probably not getting covered much by those of us in the smaller, emerging media.

I have been to events, for example, where only one vehicle was present for test drives, which were nothing more than quick fifteen minute circles around the block to get a first impression of the car. Yet some of us didn’t get to drive it because the press rep played favorites and let the larger media outlets take huge amounts of time setting up equipment and fiddling around with the car while the rest of us stood around and ultimately got nothing.

Frankly, if I traveled to your event, taking time out of my day and putting miles on the clock, and I didn’t get to drive your car, I’m not likely to come to your next event, or the next one after that. I’m also not likely to cover your press releases or call you to do an in-depth story on something. In other words: shun me, shun you.

Quite often at elongated press events, such as the annual Rocky Mountain Driving Experience or at invitation events where the automaker flies us to a location to see an unveiling, there are chances to just sit and chat about things without concentrating on a vehicle or make. It’s during these times that I’ve gotten to know some of my favorite regional representatives and PR people as people.

During these conversations, if our politics or ideas or thoughts on classic cars or whatever else clash, I don’t take it personally. Neither should the rep. In fact, nobody who’s sane will take any of it as business. We disagree on things. Big deal. It doesn’t change our working relationship and won’t make you lower in my eyes because you view some things differently. Feel free to say things.

To go with that, if I’m not high enough up the totem pole (yet) to be a part of something you’re doing, just tell me that. Don’t try to be overly gentle breaking the bad news to me, just say “I couldn’t invite you to that event because you don’t have enough readership to justify the expense.” I understand this is a business and fully realize I’m not at the top of the food chain. Some reps, usually of the old school (and thankfully, well on their way out the door) will glide past journalists in the room merely because our name tags don’t have a big outlet written on them. For all you know, the “freelance” guy might be writing for Motor Trend on assignment. Worse, if you do this and ignore new media as well, you are shooting yourself squarely in the foot.

First, today’s small potatoes is tomorrow’s windfall crop. Second, some of us write for multiple outlets and thus will spread your story across many sites rather than just one. For example, I write for six different websites, produce two podcasts about cars, do YouTube videos on automotive subjects, and write on other sites about peripheral automotive subjects (like DIY mechanics) that also tie in. With one event where I was flown in to check out the newest car an automaker was promoting that year, I wrote seven stories, did a video, and wrote up a look at the vehicle from the do-it-yourself maintenance mechanic’s viewpoint. At a few thousand eyeballs reading each, that’s a lot of coverage for one car.  All from just one event. Journalists, at least those of us who aren’t snobs, appreciate the work you put into presenting your vehicles and nameplate to us. We realize that what you do takes you away from your family, keeps you awake and working long hours producing materials for us to reference, etc. We know this. And we appreciate you for it.

Of course, the drinks at the bar afterwards don’t hurt either. Carry on!