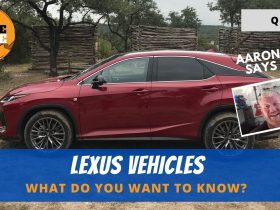 Toyota is seriously considering making production changes to its trucks due to dealer demand for more product. Should Toyota invest billions to compete with the big boys? This question can have serious repercussions throughout the automotive industry.

For years, Toyota has been running production of both its Tundra and Tacoma in the San Antonio, Texas plant. This plant, originally built for just the Tundra with a price tag in the billions, has surprised skeptics with its ability to produce both a mid-size and full-size models on the same production line. It currently produces 250,000 units when running two shifts, overtime and Saturdays. Toyota says it could add about 7,000 more units with making small production changes and keeping the Toyota way production system untouched. Yet, that may not be enough according to Bill Fay, Toyota Division General Manager. He was quoted in an Autonews story saying that “Dealers are telling us they could sell more Tacomas and Tundras. We are evaluating our footprint and capacity.”

Toyota could add about 50,000 more Tacoma trucks at its Tijuana, Mexico facility, yet most of those models go to Mexico and Canada.

The truth is that while the 2014 Tundra has been knocked by many auto journalists as a “wannabe,” it is pretty popular with consumers with sales growing at a consistent rate. The problem, we have heard from many customers and dealers is a supply issue. Many say that their local dealer is low on models and trim lines.

The other big truth for the full-size truck is that it isn’t offered in as many configurations or options like Ford, GM and Ram have. Each of those companies have more than one production plant which allows them to build these models. Toyota is limited to a 1/2 of a plant and that plant, like we said above, is at capacity.

If Toyota decides to increase production and configurations, this will draw in a large group of consumers clamoring for a heavy duty and diesel pickups. This crowd has been buying other makers trucks because Toyota simply doesn’t offer a product that meets their needs. Many of these customers are the highly sought after construction, skilled tradesman and high use towing ones. This isn’t to say all customers would switch to Toyota. That market is  extremely brand loyal and it is a long shot if Toyota would increase a significant amount of market share. However, if they converted them into Toyota customers this would create a loyal buyer which translates into big profits. This is exactly the audience Toyota was going after when it began offering its 1794 trim level this year, yet it isn’t offered in anything beyond a half-ton truck.

What will Toyota do? From their perspective, they are trying to make decisions based on past experience and future projections. Toyota’s past experience hasn’t been full of positives. After the launch of their second-generation truck, the recession hit and twin natural disasters struck their company headquarters and parts suppliers.  This severe drop in sales and production issues has left a bad taste in their mouth. They just recently have recouped their big investment and it is highly unlikely they would spend another billion to build a new plant.

However, future projections of full-size trucks are currently very strong. Analysts expect full-size truck sales to hit 2 million this year, the first time since 2007 and the recession. With high profits, every truck maker has either released in 2013 or will release a newly refreshed version in 2014. These profits help offset the flat profits on many cars that are built. Toyota could view the market as growing for several years, if they view it that way, a big investment makes sense.

While this market is extremely competitive, Toyota has slowly increased market share. A big investment by Toyota to really increase their full-size truck offerings would effectively steal sales and profits from GM, Ford and Ram. Yet, that big investment would take years for Toyota to recover from.

In the end, this is a big decision. If Toyota holds steady, GM, Ford and Ram will continue to reap the big profits and the Tundra will stay stuck at its current rate. If Toyota takes the plunge, really expands its offerings and production volume, it is foreseeable that GM, Ford and Ram sales will drop some, causing profit loses for them that they heavily rely on. While GM can handle a drop in profit, Ford and Ram (two companies that really rely heavily on full-size truck profits) will be hurting.

How serious is Toyota about full-size trucks? We are about to find out.