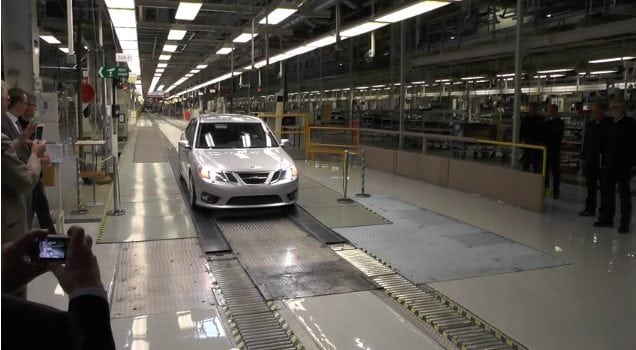 If you love cars, Discovery Channel has another show premiering tomorrow night that you might like called Chrome Underground.  Clearly there is still a big demand for automotive television and producers are keen to capitalize on this.

Since Discovery Channel thought my review of Rod N Wheels was pretty awesome, they sent me an advanced copy of the first episode of Chrome Underground that will debut tomorrow.  This means a bitchin review of the show for all of you.

The show follows two guys who run a collector and classic car business named Yusuf Johnson and Antonio Brunet.  Their shop is called Motoreum and it’s located in Austin, Texas.  Basically both of these guys used to source collector cars from the US to sell, restore, or auction and did well at it for many years.  Since rare and collector cars are harder to find in the states nowadays they travel to foreign countries to buy and then bring back cars to sell here.

The show follows both of these car nuts along as they travel the world acquiring valuable cars.  They mainly go to Latin and South American countries and sometimes put themselves in danger, at least the audience believes this, to get diamonds in the rough vehicles in good-great condition.  Since it is an $8 billion dollar a year industry there is a lot of money you can make and a lot at stake.  Yusuf and Antonio try to achieve 4 or 5 figure sales each time they do a deal.  (This is at least what we are supposed to believe.)

They bring along an ex-Marine, Andrew Mclaren, who protects them from some dangerous situations.  In addition Andrew comes up with plans to keep the cars along with everyone safe while in these foreign countries utilizing his military skills and background.

Mmm… Mclaren?  Good name for a guy that hunts for cars.  Don’t you think? 🙂

You can read the press release I posted.

Yusuf Johnson? Antonio Brunet? … Who are these Guys?

Glad you asked since I have bios that will help explain who they are and how they got into the flipping cars for a living.

Raised in Tucson, AZ, Yusuf is an entrepreneur that initially focused his efforts in real estate, traveling the world while he worked, living in Europe, Asia and Latin America, as well as in Alaska where he became a licensed private pilot.

Yusuf and Antonio met in college and quickly became friends recognizing their mutual passion for business. Yusuf learned about car flipping and was immediately intrigued. In 2003, they went into business full-time. But as rare cars became harder to find in the US, they decided to take a riskier step by searching for cars overseas. A true adventurer, Yusuf threw himself into it, loving the thrill of foreign travel, unpredictable situations, and the financial rewards that go with it. He is not only captivated by the cars, but is also excited to discover the unique history and culture behind each one.

Born and raised in Mexico City, Antonio’s family moved to the US in 1996. A true petrol-head, Antonio has lived and breathed machines for as long as he can remember, refurbishing his first classic car while he was still a teenager. To pay his way through college, he started hunting rare and collectible cars and selling them for a healthy profit.

He was on to a winning business formula, but he knew he needed a charismatic entrepreneur as a business partner in order to establish his passion for cars as a proper business. While in college, he met Yusuf Johnson. Balanced alongside Yusuf’s easy charm, Antonio is focused and passionate, stopping at nothing to get the rarest and finest collector cars. Antonio and Yusuf have built a network of contacts around the world, pushing them to come up with the best leads for rare vehicles. His lifelong goal to develop a well-recognized business is fueled by his passion for finding and selling the world’s rarest and finest cars.

If you haven’t seen the show, there will be some spoilers here.  You’ve been warned, watching Chrome Underground is not like watching “The Sixth Sense” though.

In the first episode, Yusuf and Antonio are in Mexico trying to locate the crown jewel of the collector car world, a rare 1937 Type 57 Bugatti that could be worth millions of dollars if it’s real.  They are searching for the Bugatti in Mexico City and not in the best part of a town.  (Still better than parts of Baltimore from what I can tell.)

Yusuf and Antonio use local scouts to find cars and, well you know, they get ripped off when they give a guy $30,000 dollars and he makes off with their money.  In the car business it’s important to have friends so they go see, Reno, someone they’ve used to help find cars in the past.  Reno tells them there is no Bugatti Type 57 in Mexico City that he knows of but he refers them to Andrew to get their money back.

They meet Andrew and offer him $2,000 to get the $30,000 back, and he accepts the job.  Long story short, Andrew is able to get the money back fairly quickly and he starts working with Antonio and Yusuf.

Luckily Reno has heard about a father and son that have an amazing collection of Porches.  Reno takes the trio to the house and they find a great collection of Porches Speedsters, and Porches 356s that have been expertly restored.  The father wants $1 million for the whole collection of 5 restored and rare Porches but that’s not in the Motoreum guys budget.  They decide they want to buy the Porsche Notchback as there were only about 300 made and a Porsche Speedster convertible from the collection.  They haggle a bit with the father and son on the price though, but they buy the cars for $300,000, get the hell out of there, and go on their way.  Of course… they don’t get the cars out of Mexico without any problems.

The Speedster runs out of gas which forces Antonio to go buy some leaving Yusuf and Andrew in a dangerous situation in the middle of Mexico City.  Several guys surround the Speedster looking at it.  Andrew tries to keep people at bay by putting himself between them and the car as much as possible.  It all works out when Antonio comes back with gas to put in the Speedster.

After they get that taken car of Andrew takes them to a friend’s farm on the outskirts of the city.  Andrew uses a favor and borrows a horse trailer to hide the Porches along with hay to take it up to the US-Mexico border so they can drive it across.  Along they way the encounter a roadblock of guy’s with machine guns, but it is ok since they don’t see the cars and believe they are just delivering hay… with a camera crew.

They get to the US border and as it turns out they are missing some documentation for the Porsche Notchback.  They are concerned they won’t be able to bring it into the United States and past border patrol, but it turns out ok.  Andrew and Yusuf ride in the Porche Notchback and make it over to the US.

You might, or might not, like the show depending on your tastes in TV.  I imagine some gearheads will cry foul with the show for a lot of reasons.

First off it seems like the whole thing with giving the scout $30k in cash was a setup for the show.  If these guys are pros wouldn’t you give him the cash after you’ve seen the car?  Then when they go to Andrew to ask his help, would you really agree to travel around dangerous parts of Mexico City for $2,000 when you know someone can give you more money than that?  Probably not, I would have asked for at least 1/2 if I knew my way around the underbelly of Mexico City and could locate a lot of cash.

Also I find it unlikely that the father and son would have parted with the restored Porches so easily and for $300,000.  I know people that have owned classic Porches and restored them, doing German restorations is hard work.  Also people who have owned Porches LOVE them.  They probably already found people that wanted to sell and maybe Discovery channel gave them more for those cars.

One real part of the show is when they are calling their mechanic back at Motoreum in Texas on a Chevy Bel-Air restoration.  (I did notice that Motoreum has less than stellar online reviews. )  Like most auto restorations it isn’t going well as the Bel-Air has a lot more rust and needs a lot more work than anticipated.  This means they are going to go $10,000 over budget for the restoration.  Anyone who’s done auto repair or fixed-up old cars can tell you this is quite a common.  Honestly, most projects cars go over budget that’s why you make an auto budget and you always double it.

Bottom line though even if the show is not real or authentic, the TV show is still entertaining.  What self-respecting car guy or gal wouldn’t want to travel the world hunting, buying, and selling beautiful old classic cars?

The producers did their job and likely the show will be a success.  Discovery channel currently has 6 episodes that will air but I should let people know they did pushback the release of the show several times.  Unsure if this was a contract issue or if they just moved to do TV programming conflicts.

Chrome Underground premieres on Discovery Channel, on Friday, May 23rd, at 10PM.

If you’ve watched the show and landed on this review I’d love to hear you opinions, comments, or questions about Chrome Underground below.

Editor’s Note: In exchange for getting an advanced copy of the first episode of Chrome Underground before it aired I was asked to do write a review about the show by Discovery channel. However I have not received monetary compensation for this review and do not have any special affiliation or relationship with Discovery channel or the production company behind Chrome Underground. I do not know Yusuf Johnson or Antonio Brunet personally or had heard about Motoreum before writing this review of the TV show.

I definitely think I should have received monetary compensation though.  I also deserve special treatment, preferably a few classic cars, in case you are wondering.