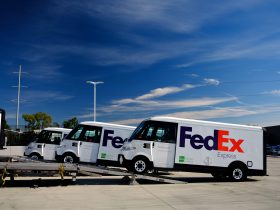 A friend of Car News Cafe sent this along as a cool new breakthrough in automotive fuels.

Scientists from a team spanning Harvard University’s Faculty of Arts and Sciences, Harvard Medical School and the Wyss Institute for Biologically Inspired Engineering at Harvard University have developed a scalable, integrated bioelectrochemical system that uses bacteria to convert solar energy into a liquid fuel. Their work integrates water-splitting catalysts comprising earth-abundant components with wild-type and engineered Ralstonia eutropha bacteria to generate biomass and isopropyl alcohol. An open access paper describing their work is published in Proceedings of the National Academy of Sciences (PNAS).

Pamela Silver, the Elliott T. and Onie H. Adams Professor of Biochemistry and Systems Biology at HMS and an author of the paper, calls the system a bionic leaf, a nod to the solar water-splitting artificial leaf invented by the paper’s senior author, Daniel Nocera, the Patterson Rockwood Professor of Energy at Harvard University.

Schematic diagram of bioelectrochemical cell (above). Water oxidation takes place at the cobalt phosphate (CoPi) anode with proton reduction taking place at the nickel molybdenum zinc (NiMoZn) or stainless-steel (SS) cathode. CO2 is continuously sparged into the cell. The wild-type (wt) bacterium Ralstonia eutropha (Re) H16 oxidizes H2 using oxygen-tolerant hydrogenases (H2ase) to generate reduced cofactors (e.g., NADPH) and ATP, and uses these to reduce CO2 to 3-phosphoglycerate (3PG) via the Calvin cycle. 3PG is then converted into biomass in wt ReH16 or may be diverted in metabolically engineered Re2133-pEG12 into isopropanol. Credit: PNAS, Torella et al.

In the system, water-splitting catalysis is performed using catalysts that are made of earth-abundant metals and enable low overpotential water splitting. The resulting hydrogen is then fed to R. eutropha. An enzyme takes the hydrogen back to protons and electrons, then combines them with carbon dioxide to replicate—making more cells (i.e., biomass).

Based on discoveries made earlier by Anthony Sinskey, professor of microbiology and of health sciences and technology at MIT, new pathways in the bacterium are metabolically engineered to make isopropanol.

The fully integrated microbial–inorganic system was engineered based on a cobalt phosphate (CoPi) water-splitting anode, with NiMoZn or stainless-steel (SS) 304 mesh 60 cathodes to generate O2 and H2 (41), which in turn was used to fix carbon to biomass in wild-type (wt) Ralstonia eutropha H16 and to isopropanol in an engineered strain of R. eutropha, Re2133-pEG12.

The researchers attributed the high efficiencies to the ability to perform water splitting at lower cell voltages owing to the more efficient OER and HER catalysis.

The team’s immediate challenge is to increase the bionic leaf’s ability to translate solar energy to biomass by optimizing the catalyst and the bacteria. Their goal is 5% efficiency, compared to nature’s rate of 1% efficiency for photosynthesis to turn sunlight into biomass.

The co-first authors are Joseph Torella, a recent PhD graduate from the HMS Department of Systems Biology, and Christopher Gagliardi, a postdoctoral fellow in the Harvard Department of Chemistry and Chemical Biology.

“This work lays a foundation for realizing liquid fuel production based on solar water splitting and provides an important and general proof-of-principle demonstration that inorganic and biological materials can be interfaced to achieve solar-to-fuels storage schemes that are not realized by either system in isolation,” says the paper’s conclusion. “Moreover, it shows that integrated inorganic–biological hybrid systems may offer yields beyond those available to photosynthetic organisms for the production of fuels.”