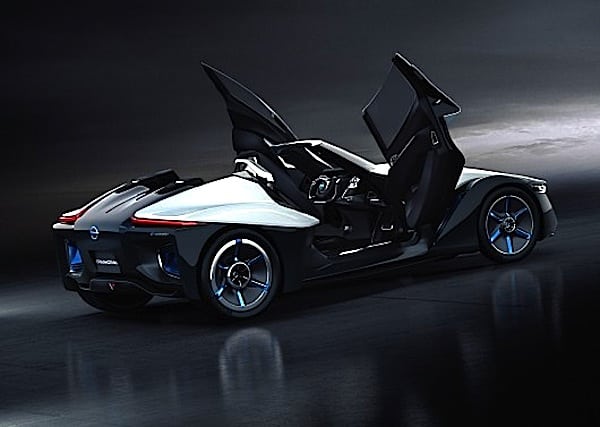 As a member of the Midwest Automotive Media Association (and yes I realize that acronym is MAMA), I’ve always been invited to participate in this organization’s culminating event – Spring Rally. Something always seemed to conflict with my schedule in the past.

This year, however, I was able to attend, and boy am I glad I did! The event took place in Elkhart Lake, Wisconsin,  where the famed Road America track is located. The event centered around that famous 4.048 mile circuit track, which features 14 turns on the 640 acre facility.

There were two 2016 models, including the brand new 2016 Fiat 500X and the return of the Maybach brand to the Mercedes family with the 2016 Mercedes Maybach S600. Obviously two vehicles could not be further like each other than these two. But that’s the wonder of MAMA Spring Rally. I drove both of these new vehicles on the country roads of Elkhart Lake, along with a Maserati Quattraporte. All three were fun in their own unique ways.

Vehicles of all types, all makes and all models were there. From vans to SUVs to sports cars to crossovers.

But most of us were there for the track cars. Since I had never driven on a track before I was tentative at first. So I went out on Road America riding shotgun while a professional drove. With a pro, I enjoyed a hot lap in a Corvette and a Mustang. I was just getting warmed up (and so were the tires and the brakes). I got bolder and went out with a professional driver and saw the Challenger Hellcat in all its mean, nasty glory. On the second straightaway, my driver hit 141 MPH of pure, American growling muscle car glory! I had goosebumps! It wasn’t over for me though. I ventured out in the sexiest car at MAMA Spring Rally – the Mercedes-Benz AMG GT-S. What the Hellcat had in raw power, the GT had in effortless finesse. If the Hellcat was a blazing fast rhino plowing full force ahead, the GT was a Cheetah.

My AMG-trained pro driver got the GT-S up to 143 MPH in the second straightaway. But beyond that, in the carousel turns of Road America, this car gripped and hugged to the rate of 90+ MPH. The Hellcat couldn’t handle like that. I left that car with goosebumps, and a sweaty back. It was exhilarating!

But I didn’t want track day at MAMA to end without me getting behind the wheel. So with assistance of an experienced friend I ventured out in a Mazda 6 (quit laughing I wanted to ease into track driving). I took my angles just right. I got a max speed 94 MPH, which was pretty good considering it was my first time. Then I got bolder. I took out a Buick Regal GS (a very underrated track-ready car). I had a blast in that, and got more confident. I maxed out at 95 MPH, but enjoyed the carousel in the Regal a lot. Last, and certainly not least, I took out my favorite car – the Corvette. I’m a sucker for all Corvettes, but I hadn’t been able to drive the Stingray yet. This was my chance.

I was really nervous. Another friend was there with me, talking me through it, making sure I hit the angles right and that I hit the brakes at the right times. Both straightaways were a blast for me. The second one saw me exceed 105 MPH in the Corvette before I gently hit the brakes.

That concluded track day, but the memory lasts forever.

The next day was off road day, another new experience for me. I jumped behind the wheel of the Jeep Wrangler Willys edition and took off the rugged Red course (earmarked specifically for vehicles like the Wrangler) that can handle the more rugged course. Slow and steady was the way to go on the red course. Traversing slopes, ruts, rocks and narrow turns, the road course was fun. And the Wrangler was certainly up for the task. I also took out the Land Rover Sport HSE on the Red course. It was a night and day difference between the Jeep and the Land Rover. The Wrangler made its way through the course on machine and rubber. The Land Rover made its way thanks to special programming within the vehicle. Hill descent, tire distribution, all of these “cheats” made getting through the course a breeze. It was quite impressive to say the least.

I also took the 2015 Chevy Silverado on the less rugged Blue course as I wanted to say how this full-size truck performed in off-road conditions. The Silverado did just okay. I had to two-point turn at one point as it couldn’t handle the tight quarters, due to its sheer size and girth. But, all-in-all, the Silverado faired well on this course, but can’t compete with Wrangler or Land Rover (nor does it try to).

For any car enthusiasts out there, put a trip to Elkhart Lake and Road America on your bucket list. This historic track and quaint, racing town offers a lot. You may not have the privilege I was fortunate enough to have, by participating in the MAMA Spring Rally, but it won’t stop you from having a memorable time.