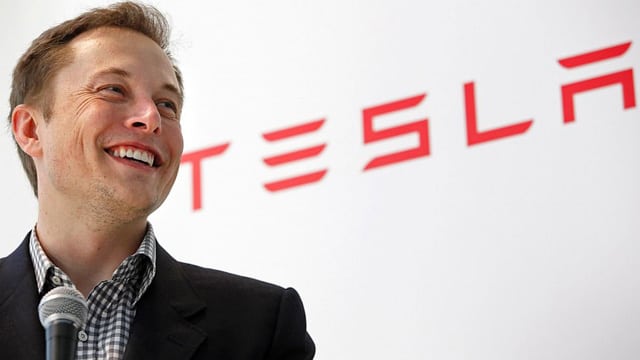 The Real reason Tesla has (sort of) released its patents: it’s cheap PR

In the automotive industry, we take our “weird” seriously. Think about it — many of the gadgets and features we enjoy on contemporary models hit the market on some sort of low-production special. It makes sense. Why threaten the sales of an existing hit with the introduction of some new feature when you can test several new ideas on a single, brave new model.

Sometimes, the results are momentous — for example, the Prius’ ability to bring hybrid-electric technology to the masses. Other times, things don’t go so well. Remember the Pontiac Aztec? It’s a safe bet General Motors executives weren’t counting on Breaking Bad to sell more Aztecs than its fold-out tent.

Here are seven of our favorite, unapologetically different models out there today. Isn’t any Mini with 2 doors a Mini Cooper Coupe? This chop-topped Cooper variant sacrifices back seats and virtually all visibility for a swoopy silhouette. “How can I give my Mini the visibility of a Chevy Camaro?” asked no one ever. At least you can still get it in the souped-up S variant, which will give you a few extra ponies to back up the boy-racer styling. For one of the world’s most highly esteemed producers of luxury sports cars, Aston Martin’s decision to build a 2-seat ultra-compact seems a tad out of place. The Cygnet was in fact a rebadged Toyota iQ sporting a wide Aston grille and plush interior. Some theorize it was a ploy to bring down fleet emissions numbers so Aston could continue to build more traditional GT cars. In keeping with the tried-and-true formula of good car minus practicality equals weird, the Murano Cabriolet might have been conceived in the wake of Nissan’s success with the Juke. But while the Juke made the most of its space and sported an accessible price tag, the MuCab ditched two of its progenitor’s four doors and rang up at over $40k. It’s rumored that not a single one is registered in some states. Here is a car that owns its weirdness. BMW’s first attempt to build a Jetson-mobile has been fairly well-received. While it does include a gasoline motor from a scooter, that unit only ever works to charge the battery if reserves run low. It’s extremely spacious, well built, and if you don’t like the way it looks, maybe you’re just getting old … With the Mirai, Toyota has made an honest attempt to bring hydrogen to the masses. Its Prius-made-from-origami styling is hard to love, but the bigger challenge for the Mirai is the lack of a hydrogen vehicle infrastructure. In the U.S., only certain states even offer filling stations. Here’s one you may not have heard about. The XL-1 is a super-cruiser capable of nearly 240 miles-per-gallon. Its simple design philosophy forgoes power windows and power steering in the name of light weight, but it’ll still do 100 mph if you push it. There are only 250 available in the U.S., so good luck spotting one. If you’re the type who believes in making an entrance, the Youabian Puma is the car for you. Seriously, the brochure states that it was designed for those who want to stand out and be unique, which you will, because the Puma is 20 feet long, nearly 8 feet wide and rides on monster truck tires. You might as well buy a bus if you want something that large. Buying a bus is actually easier, as this monster of a car will set you back $.1 million and only seat four. Its creator, Dr. K. Youabian, seemingly doesn’t appreciate the criticism his car has received, but hey there’s no such thing as bad PR, right?

These cars are crazy, strange and definitely unique. Have you seen any weird ones that really stand out to you?