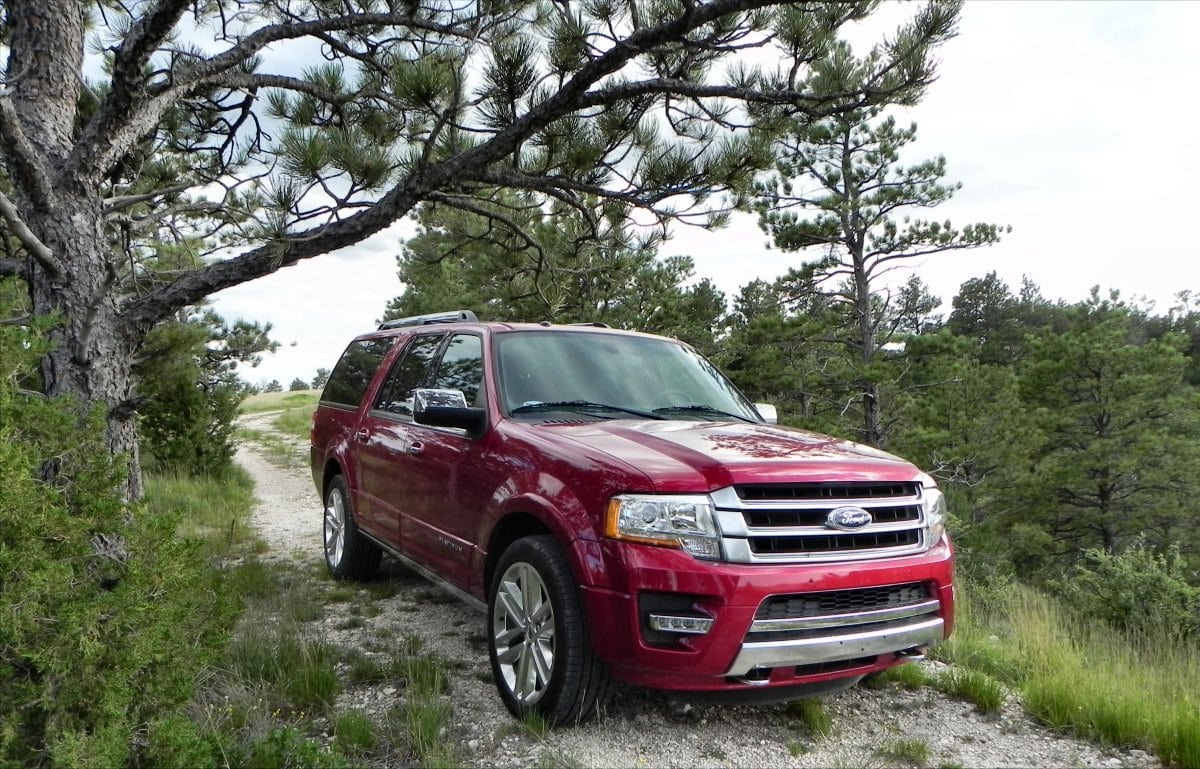 2015 Ford Expedition Has Better Everything

That’s why the midsize segment is growing. When the Chevy Colorado and GMC Canyon emerged into the segment, it helped push the envelope.  My tester this week pushes that envelop even further now.

The 2016 GMC Canyon steps into the big boy arena with a Duramax diesel engine. The Canyon is ready to show that smaller trucks can have plenty of power! After spending a week with the Canyon diesel, I have come to the conclusion that it just might be the perfect truck. Finally, in towing capacity, the diesel Canyon can actually out tow the Sierra in certain instances. A Canyon diesel has a trailer tow rating of 7,700 pounds. Some Sierras tow less than 7,000 pounds although the Sierra with a diesel engine has a towing capacity of 13,000, so it’s not a fair apples-to-apples comparison.

With a smaller size, the Canyon feels significantly more agile than the Sierra or Silverado. My tester came with running boards for easy entry, although the Canyon doesn’t sit so high that makes running board steps necessary.

The long box truck bed had a spray-on liner, a rear sliding window, and dealer-installed cargo tie-down rings, adding to the Canyon’s capabilities. The 2.8-liter Duramax turbocharged diesel engine is the newest feature for this year’s Canyon. There is a 2.5-liter 4-cylinder engine and a 3.6-liter V6 engine. Neither of those engines offer the torque of the turbocharged diesel however. The 2.8-liter Duramax comes with a rating of 181 horsepower and 369 lb./ft. of torque. It has a six-speed automatic transmission that had minimal turbo lag.

The horsepower may seem underwhelming, but off the line, the turbo engages immediately and the torque goes on full display quickly. The diesel engine does not seem as noticeably loud as it does it in bigger trucks. The overall drive performance of the Canyon is refined with rugged undertones. Don’t be fooled by the smaller size, or the quieter diesel, this truck is ready to perform with enough power to placate most drivers. My tester had hill descent control and an off-road suspension package, making it maneuverable and ready to get off the road and get some mud on the 17-inch tires. Inside, the luxury abounds. The Canyon is a more luxurious option to the more bare-boned Chevy Colorado. The extra niceties (and thus extra price) can be found in the materials used, included padded door panel, soft dashboard and aluminum accents. The leather-wrapped steering wheel feels great, and the leather seats are comfortable. My tester had the All-Terrain package which included heated seats, lumbar support and the aforementioned running step boards.

The 8-inch touchscreen now integrates with Apple CarPlay (new for this model year). The infotainment system is intuitive. There are four USB ports for charging devices. There is a 4G LTE WIFI hotspot option for the Canyon.

The 4WD diesel Canyon has an EPA rating of 20 mpg/city and 29 mpg/highway. This is better than either of the gasoline-powered engines. In a week’s worth of driving, I sipped fuel and averaged more than 24 mpg. In this regard, I can understand and make a case for the Canyon to work well as a daily driver for those who love trucks.

The Duramax diesel engine adds an extra $3,730 to the overall price of the Canyon. My tester had a final price of $43,790 (after several packages and options), which makes it the most expensive of all the Canyons and even more expensive than some Sierras.

As the midsize truck segment continues its resurrection, the Canyon makes a strong case for itself as a daily driver and an alternative to the big trucks that are so popular these days. With its smaller frame and powerful, torquey engine, the 2016 GMC Canyon diesel just may be the ideal truck.