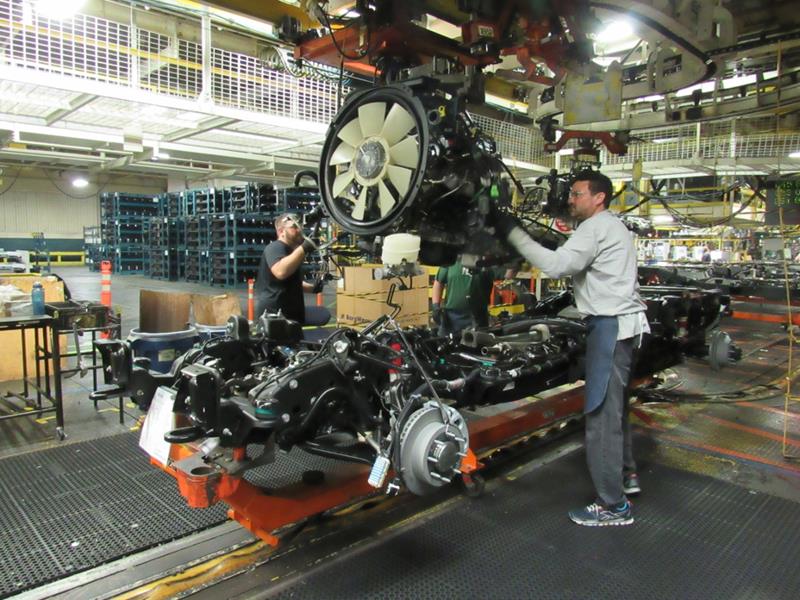 Since then, Duramax engines have won multiple awards and built a reputation for impressive power and durability.

DMAX, Ltd. has grown its employment in the past few years and currently employs 554 I.U.E.-CWA Local 755 hourly and 114 salaried employees for a total of 668.

Employees are currently building the redesigned Duramax 6.6L V-8 turbo-diesel. This next-generation engine offers more horsepower and torque than ever — an SAE-certified 445 horsepower (332 kW) at 2,800 rpm and 910 lb-ft of torque (1,234 Nm) at 1,600 rpm — to enable easier, more confident hauling and trailering.

Along with a 19 percent increase in max torque over the last Duramax 6.6L, the redesigned turbo-diesel’s performance is quieter and smoother, for greater refinement. It is also capable of running on B20 biodiesel, a fuel composed of 20 percent biodiesel and 80 percent conventional diesel. B20 helps lower carbon dioxide emissions and lessen dependence on petroleum. It is a domestically produced, renewable fuel made primarily of plant matter, mostly soybean oil.

DMAX, Ltd. was established in 1998. GM owns 60 percent and Isuzu owns 40 percent of the joint venture.