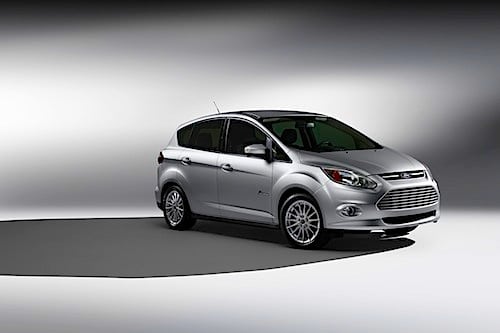 The word prime is both an adjective, noun and verb and has more than 30 different meanings. So, it’s a pretty broad-reaching word when it stands alone. So, it stands to reason that when paired with the family of Priuses (Prii) that the word Prime could take on a whole new meaning too.

The Prime is brand new for the 2017 model year and joins a vast family of Toyota’s Prius line. By my count this is now the fifth different type of Prius on the road. And, since I’ve driven each of the other Prii I can say the Prime is my favorite for many reasons. One, it’s everything you expect from a Prius – fuel economy being the biggest. Two, it shakes off some of the unorthodox looks of previous generation Prius vehicles and looks more mainstream. Toyota, in general, is on a design uptick with the new Camry’s flashy looking style and some of the improvements on the Lexus line too. The Prius Prime is right at home with its new looks. Three, the technology inside the Prius Prime is good, as this plug-in hybrid combines advanced battery technology with recharge capabilities and adds to an even more fuel efficient engine. It’s the best of both worlds, with no range anxiety.

On looks, the Prius Prime is the best-looking Prius on the road. Several times during the week I had the Prime, people would say, wait a minute, that’s a Prius. That’s how foundationally different and better the overall appearance of the Prius Prime is. The front end has a Lexus-looking front end and styling cues that continue along the side toward the equally embellished back end. The back side is quite distinctive with a stack of tail lights that sit high atop the back end, almost looking like a mustache. The looks are bold and may be off putting for those who favor Toyota’s more conservative styling of the past. Say what you want, but the Prius Prime has personality. The Prime has a 1.8-liter four-cylinder engine that, along with two electric motors work to efficiently move the hatchback. Toyota has long since perfected the seamless technology of the engine switching between gasoline and electric and in the Prime it’s smooth and effortless. The continuously variable transmission is the only drawback to the powertrain as it offers clunky shifts that seem to drag on for too long. The 8.8 kilowatt-hour lithium-ion battery pack can be recharged by plugging into any standard 110 outlets to achieve 25 miles of pure electric driving. Although the recharge time takes more than 10 hours on a standard 110, but that 25 miles of gas-free driving can be worth it.

Inside, the four-seat Prime is comfortable. But it’s important to note that it truly is a four-seat only car with rear bucket seats. The angle of the rear seats is comfortable and legroom is adequate considering the Prime is considered a compact vehicle. The hatch styling offers more headroom too as well as 19.8 cubic feet of cargo room. The standard Prius hatchback has more cargo room, but with the battery pack of the Prime, some space is lost. But that’s why Toyota has so many Prius options. There are three trims for the Prius Prime including Plus, Premium and Advanced. My tester was the Advanced trim which adds a premium audio system, blind spot monitors (much needed with the design of the C-pillar), rain-sensing wipers, a heated steering wheel and smartphone integration. The Prime’s MSRP exceeds $30,000 making it one of the pricier Prii on the road. My tester had a final MSRP of $33,985.

Fuel economy calculations are trickier with the electric battery assist. Theoretically, if you only drove the Prime at 25 mile increments the fuel economy would be infinite. I drove the Prius Prime up north of Detroit and only had to refuel at my destination, meaning I exceeded 53 mpg on a full battery and full tank. A big knock with the Prius has been a lack of power, but that felt like a non-issue during my mostly-highway trek to Michigan. Through stop and go construction and then back up to highway speeds, the Prius was never pokey or felt out of place.

Whatever definition you want to use for the word prime, the 2017 Toyota Prius Prime is a new offering and shows the evolution of this hybrid. With hot styling and more fuel-sipping technology, this is a plug-in hybrid that’s hitting its prime for sure.