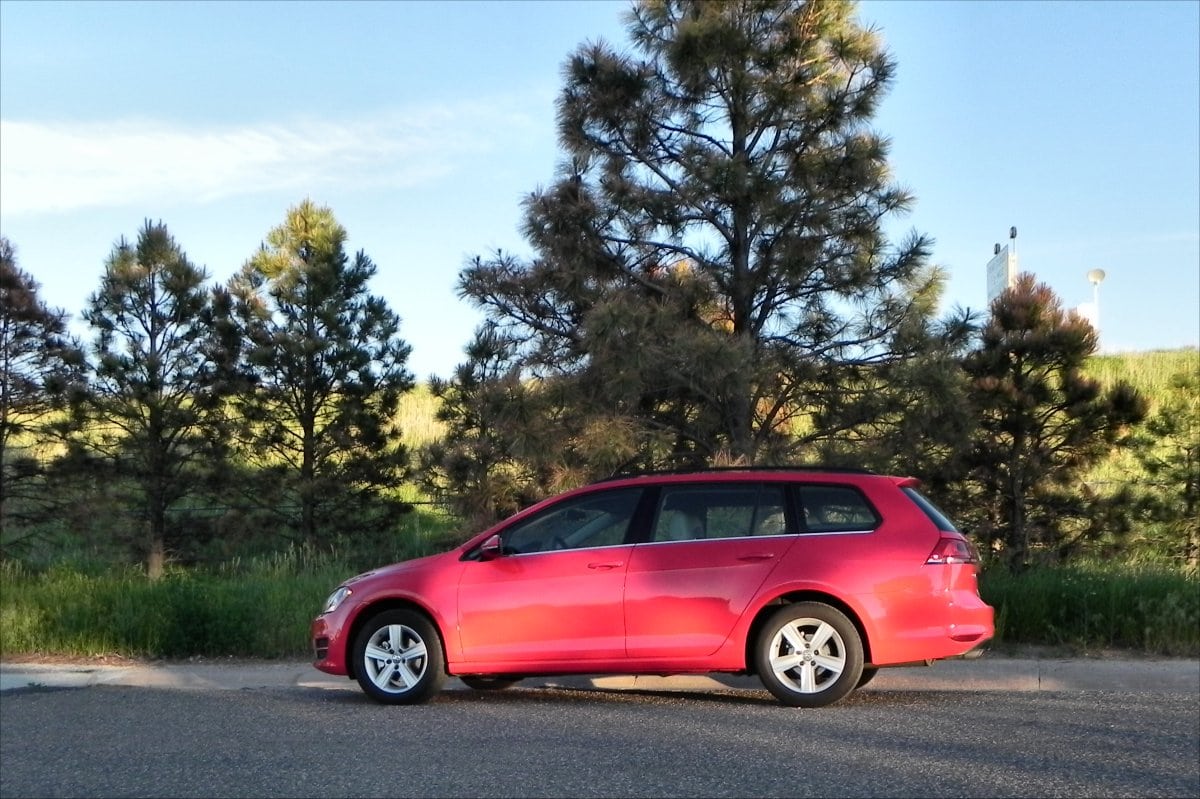 One of my biggest fears in the world are spiders. I hate them. One of my biggest things I enjoy most about cars are convertibles. So what happens when those two things get combined into one? My tester this week is the 2017 Fiat 124 Spider. I affectionately called it the Fiata and the reason is, this is an automotive collaboration between FCA (Fiat-Chrysler) and Mazda. The 124 Spider is very much like the outstanding Miata in exterior and interior looks. The Spider has slightly more power and is a little more performance oriented than the Miata. Both are two-seat drop tops that are loads of fun. I borrowed this car for the week to drive in my daughter’s high school’s Homecoming parade. I drove around a few members of the Homecoming court in this drop top. The two members were a little cramped riding in this two-seater, but we made it work for our short 2-mile ride along the parade route. The car was a hit with many of the parade viewers. It stood out amongst all the other typical convertibles. There was only one car like it. But it also made me sad to have to keep the car at only 5 mph as this car is a cruiser.

Like the Miata, the Fiat Spider is fun to drive, each time you’re behind the wheel. It was one of my top 10 favorite vehicles of the 2017 model year. It’d be a car that I could purchase and enjoy. Driving is supposed to be fun, and Fiat makes it fun with this little roadster. My tester was the extra-fun Spider Abarth, which means even more horses and a beautifully-tuned engine that makes a nice growl. The 1.4-liter turbocharged engine makes 164 horsepower. That’s faster than a Miata and drives even faster with spry handling and agile performance. Turning and cornering is an absolute blast. There aren’t enough superlatives to discuss how fun the Spider is to drive. A six-speed manual transmission will be extra fun for enthusiasts. My tester had a six-speed automatic which had very minimal turbo lag.

Inside, the Fiat closely resembles the Miata, only with a slightly more quality touch points. The low-mounted seats are well cushioned, but do make for difficulty getting in and out of the car, especially for taller passengers. In fact, anyone over 6 feet tall may be really cramped with the roof up. But it’s a roadster and that top is supposed to be down anyway. Unfortunately, the Spider gets the Mazda infotainment and not Chrysler’s. As such, it’s cumbersome and not intuitive. With the top up, road noise permeates the cabin, but that’s to be expected from a such a lightweight vehicle and thin roof. Putting the top down is extremely easy, but totally manual. It’s a two-step process that requires very little effort.

The 124 Spider has an EPA rating of 25 mpg/city and 36 mpg/highway. I averaged just over 29 mpg in a week’s worth of heavy-footed driving. Fuel economy was the farthest from my mind whipping corners and feeling the open road in this roadster. Fun trumps fuel economy every time.

The Fiat 124 Spider has a starting price around $24,000 for the basic, non-Abarth trim. My tester had a a base price of $28,195. The extra money the Abarth costs is totally worth for the sweet sound of the exhaust and the extra horsepower. My tester had leather and the customer preferred package for a total MSRP of $30,450.

Driving in a parade is fun. But driving on the highway, top down, wind in your hair, feeling the road below you is what driving is all about. The Fiat 124 Spider makes driving fun. Maybe I’ll even like spiders now, the creepy, crawly kind. Then again, probably not. But I definitely like the 4-wheel kind of Spider!