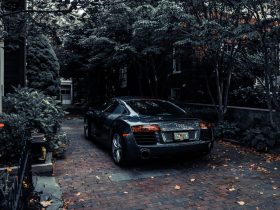 What Is Car Leasing? The Full Guide!

When Elon Musk unveiled the new Tesla Cybertruck towards the end of last year, our collective jaws dropped. The design was utterly outrageous – like something out of a 1980s cyberpunk movie – and yet the product was real.

For Tesla, it was a bit of a marketing ploy they hoped would bring in more business for their run-of-the-mill cars (if that moniker can apply to any of its products). But it eventually created a demand for the truck itself. People all over the world, it seems, want to drive something totally crazy – unlike anything, any other carmaker in the world would dare to make.

But the electric car firm isn’t the only game in town when it comes to making spectacular trucks. In fact, it may have been upstaged.

The Story Of Thor24

Recently, a truck called Thor24 sold for $12 million. And what’s more, it looks even more bonkers than Elon Musk’s creation.

The big rig is the brainchild and passion project of Mike Harrah, a truck enthusiast and vehicle designer. Thor24 started as a Peterbilt 359 crew cab semi. But over the last seven years, Harrah and his team have been progressively modifying it, adding all sorts of insane vehicular accouterments, to the point where it looks like they lifted it directly out of a Batman movie.

The designers had to extend the bonnet of the truck by 44 feet, for instance, to accommodate the ridiculous dual 13.9-liter Detroit diesel V-12 engines.

The truck, which weighs 32,000 lbs, can reach a dizzying top speed of 130 mph, making the prospect of this thing on the German autobahn genuinely terrifying. It puts out a combined 3974 horsepower and has more than 12 superchargers.

It’s not just the raw figures, though, that makes this thing insane – it is also the way it looks. The chassis and engine compartment are reminiscent of something you’d see on a decked out Harley Davidson ridden by an anarchist but bigger. Exhausts flank the engine like crenellations on a castle. And they belch out jets of fire whenever you depress the throttle as superheated fuel makes contact with the air. Trucking accident lawyer business is going to go through the roof when this thing hits the road.

On top of the giant engine are what look like row after row of spotlights. But that’s not what they are at all. Instead, they’re NO canisters, ready to deposit fuel into the twin engines, just in case 4,000 BHP isn’t sufficient. There is also a swooping grille at the front, all finished in polished aluminum and chrome, giving this thing a beefy appearance.

The $12 million price tag might seem excessive, but the one-of-a-kind truck cost more than $7 million and took a team of some of the smartest engineers in the world to build.

The truck sold last year at auction in Saudi Arabia- no doubt, to one of the princes. But even so, it will probably stay in Arizona for some time yet.