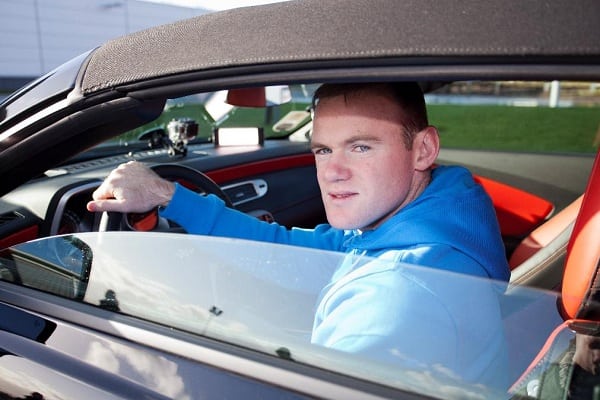 The Buick Y-Job is widely considered to be the first true concept car, built not as a planned production vehicle, but as a showcase of possible future options in order to gauge consumer reaction to them.  Produced in 1938, the Y-Job was made by General Motors’ Buick divison under the direction of Harley J. Earl and spearheaded by stylist George Snyder in the Buick Engineering Department.

Although we began our Coffee and a Concept series with the 1951 LeSabre, discussing that GM concept would naturally turn us back to this original concept upon which nearly all others since have found their basis. The Y got its name as a sort of automotive inside joke, since most pre-production test vehicles were called “X-jobs” by the industry, Earl thought it would be fitting to take that one step further and call concepts “Y-Jobs” in the same way the aircraft industry at the time designated advanced prototypes with a “Y”.  The idea didn’t stick, but the name did.

The Buick Y-Job started as a standard Buick chassis stretched slightly and modified by then-chief engineer Charlie Chayne.  Because of his work, the entire Y-Job sits just 58 inches high at its peak (the top-center of the windscreen).  At the time, this made it one of the lowest road-worthy cars in the world.

The Y-Job features several innovations for the time, including 13-inch tires, a bladder-type braking system, and the first use of the “bombsight” hood ornament that would later mark all Buicks.  Hidden headlamps, power windows, a powered cloth top, and electric doors that opened and closed on their own were other innovations introduced in this classic concept.

The Buick Y-Job was mainly about design, not under-the-hood innovation, so outside of a few items like the brakes, most of the innards for the drivetrain were stock Buick at the time.  The engine was a Buick 5.2-liter (320 cubic inch) straight 8 and stock 4-speed transmission. The 1938 Buick Y-Job was built almost exclusively to showcase forward-looking Buick styling cues.  Many of those elements are still present in the company’s designs today.

The flowing design was, of course, all aviation-inspired thanks to Harley Earl’s background and obsession with aircraft.  The wraparound bumpers and fenders were straight off the latest retractable landing gear of the day’s planes and the rounded nose was definitely reminiscent of a propeller shaft cover.

This streamlining continues with the power-operated, closing headlamps, flush door handles, Frenched-in tail lights and hindquarters, and the pop-up trunk handle.  Removing the usual running boards would become an industry standard and the grinning vertical “waterfall” grille showcased on the Y-Job is still a Buick trademark today.  For a long time, the “gunsight” hood ornament from this concept was also a big feature on Buicks.

In fact, many of the design cues seen on the Buick Y-Job became GM standards through the 1940s and 1950s. The Buick Y-Job was a first on many fronts, not the least of which was its being the first design concept never meant for production, but to be used solely as a marketing piece.  It was so successful in this role that GM gave Earl the go-ahead to do this fairly regularly, starting with the LeSabre in 1951.

Most GM autos from the early 1940’s through the ’50s can trace design roots to the Y-Job, including the LeSabre that came after it.  The 1950 Buick convertible was probably the closest the company ever came to actually producing the Y, being a sort of updated and productionized copy of the concept.

In 2001, Buick revitalized many of the Y-Job’s elements with the Buick Blackhawk retro concept.  That car combines the Y-Job with the 1948 Roadmaster, another Buick classic. The Y-Job was Harley Earl’s personal car (owned by GM) until he built the 1951 LeSabre, which replaced it.  At that point, it was shelved and somehow ended up in the Henry Ford Museum for restoration.  In 1993, the Museum returned it to the GM Design Center where it remains to this day.

Occasionally, GM rolls the car out for public display at events.  The video below shows the car being loaded back into a truck after being showcased at the 2007 Buick Club of America National Meet in Washington.