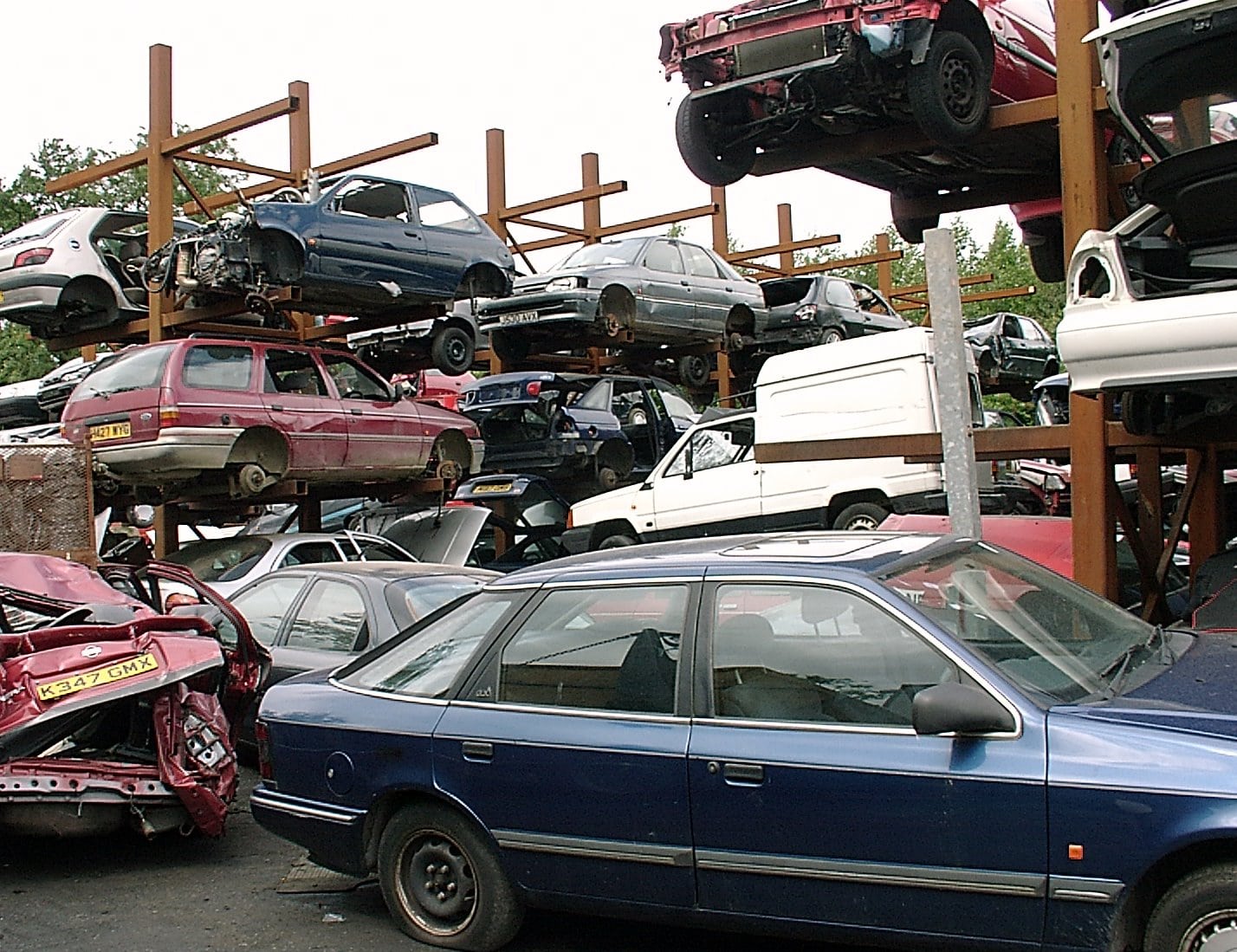 Top 5 Reasons Why Cars Get Scrapped

The Ford Fusion Energi is Ford’s first plug-in hybrid.  In many ways, it is the best of both worlds, hybrid and electric.

Technically Speaking.
The Ford Fusion Energi Ford lend us is the SE.  The Titanium version is technically similar, with only a better option package.  Both Energi use the same 2.0L Atkinson in-line 4 DOHC with i-VCT variable valve timing engine developing 188 HP.  The estimated average range is 658 miles with a 14 gallon gasoline tank.

EPA And CarNewsCafe.
The EPA rates the vehicle at 47 MPG all around, but we achieved more in relaxed driving, about 56 MPG and roughly 39 MPG on sustained highway driving.  Most of the highways was done using the adaptive cruise control, which can be set to leave more or less space between you and the car you are following.  Our car came with the Driver Assist Package, which costs $1,140 but gives you a 110V power supply; Blind Spot Information System (BLIS) overtaking sensor; Cross-Traffic Alert; Lane Departure Warning activates steering; Collision warning system features: Headlight control; Intermittent rain sensor.  It came with the premium floor mats, $175, Reverse Sensing System, $295, Adaptive Cruise Control, $995, Navigation with Voice Recognition, $795, and the Rear View Camera, $295.

The Ford MyFord app system, was easy to install and use.  You can see the results of our driving from the pictures below.  We had access to the car’s status while away from it, charging or not.  It also allowed us to set it when to charge, and take advantage of off-peak time.  You can also heat or cool the car while still plugged in.  This is particularly useful, since you use your charger’s energy and not the battery.

The app uses the car’s GPS and you can see how it was driven that day.  This last feature should please parents, we’re sure.  It also works with your phone’s GPS system to calculate real-time energy use and speed.  We liked finding out how many miles were driven on electricity alone, how much energy was recouped while braking, as well as averages in general.  Another very useful feature is the real-time charging station location information, very handy in California.  The MyFord app is available on iTunes and Android.

Competition.
It seems the Volt is the most direct competition.  At between $38,700 to $40,100, this places the Fusion Energi in the Chevy Volt territory.  While the electric range doesn’t match the Volt’s, the Energi makes up in comfort, and its updated infotainment edges the Volt.  We are waiting for a 2013 Volt test drive to see how the new generation of Volt matches it.  Both cars excel where the other stops and will win you with the details.  Besides the Volt, the Fisker is too expensive and there are not many plug-in hybrids yet on the market.  We feel it would be a disservice pitting it against regular hybrids, since the Fusion Energi does travel on electricity alone, as a PHEV should.

Is the Fusion Energi over-engineered with some of its options and packages?  Seasoned car veterans will feel so.  Lane departure warning, blind spot warning, parking assist and adaptive cruise control can take away from paying attention to driving a car.  While this can be a great relief to those challenged by driving on highways or parking in tight spots, out makes one wonder if these systems deter from simply paying attention.  It’s debatable either way you look at it.

Overall, we feel the Fusion Energi is Ford’s best foot forward.  It surprised us with its luxurious interior feel.  Almost all the passengers we took for rides expressed amazement.  The car looks great, and much has already been said about it.  This is Ford’s best looking car, with great fuel economy,  a luxurious feel and a spacious inside.  Would we own one?  Most likely.  Does it justify the price?  That is debatable, but we feel it is only a matter of time before plug-in hybrids come down in price.  For that price, you get a car that allows you to choose how how you drive it, from pure electricity, when to switch to hybrid mode and it even learns when to so on its own.

Rating:
We give the Ford Fusion Energi car an overall 4.5 plugs

Final Thoughts.
The free update of the infotainment system is a welcome upgrade.  You will no longer need to hunt and peck the four corners of the screen to get to the information you need.  You will now access the screen four quadrants directly by tapping on them.  This means you don’t need to take your eyes off the road too long when changing settings.  While the voice commands work well, there were times it didn’t understand what we asked of it, making tapping on the system simpler.

Overall, the Ford Fusion Energi is Ford’s modern face, a great car that gives you much freedom.  It is resolutely modern, with a great design, and plenty of technology.