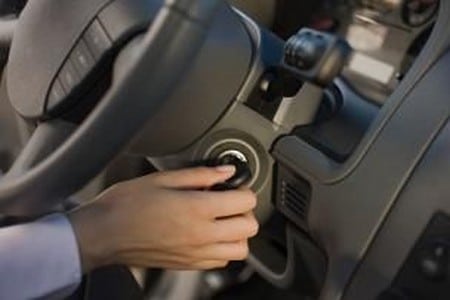 This is a relatively common phenomenon and it can happen to any car, no matter its age or mileage. To diagnose the problem, you’ll first need to visualize the starting circuit. This will show you where the disconnect could be to explain why you are not getting “crank” (starter turning the engine). If you’re studying this in college and look for assistance, we advise you to check out domyhomework123.com, a reputable assignment writing company.

How A Starting Circuit Works

The starting circuit begins at the vehicle’s battery. In most cars, this is a standard 12 volt lead-acid battery, usually located in the engine compartment at one corner – most commonly against the firewall on the right (passenger’s) side. The battery will have red and black (positive and negative) terminals. The black (negative or ground) will usually lead to a ground on the vehicle’s metal frame. The red (positive) will have a thick lead that goes directly to the starter solenoid, sometimes via an electronic control box. This starter lead will be the thickest cable running from the battery’s positive terminal. It is made to carry the largest amperage load the battery can produce (often defined as its “cranking amps”).

The starter’s solenoid (which is usually attached to the starter as the “hump” on its back or side) takes the power supplied by the battery and ramps it up to make it stronger so the starter can turn quickly. Think of this process as a water pipe with a series of loops that get smaller and smaller in diameter, increasing the water pressure without increasing the amount of water flowing through. This makes the water jet out the other side faster and further than it would have at its original pressure. Like a https://youngchoppers.com list of hitches. The higher rate of electricity gives the starter motor more “oomph” to turn the engine over.

The process of starting the car begins at the ignition switch in the driver’s cockpit. The key turn completes a small circuit that tells the battery to release power to the starter solenoid. The solenoid ramps up the power given to it and that power causes the starter motor to turn very quickly. This turning is translated to the engine, which turns as if it were running (aka “cranking the engine”). Turning the engine causes the pistons to rise and fall in the engine block, activates fuel and spark, and (hopefully) ignition of the engine so that it begins running on its own without the starter motor turning it.

There are a few other things in the circuit, of course, depending on the car, its age, and what accessories or features it may have, but the circuit always has the above components working in that sequence.

Why Nothing Happens On a Key Turn

In the case of no sound, light dimming, or other problems, the problem is going to be either the ignition switch not sending the signal or the battery being unable to send the power to the solenoid. Otherwise, there would be some kind of action happening, even if it doesn’t start the car, that would denote other issues.

For example, when the starter solenoid is bad, it usually gives off a “clicking” sound as the power enters it from the battery and gets sent straight to ground instead of turning the starter. As another example, a bad starter would probably either make a grinding noise, a “spinning” noise, or the solenoid clicking noise. Likewise, a bad battery would probably not be able to power the dash and headlights and if they were working, they would still dim during a start attempt.

A low or bad battery can be easily tested with a standard ohm meter or at any auto repair shop or parts store (they usually do this free of charge). A loose battery cable connection is often the simplest of causes for a non-start.

It’s all a matter of knowing what to look for.