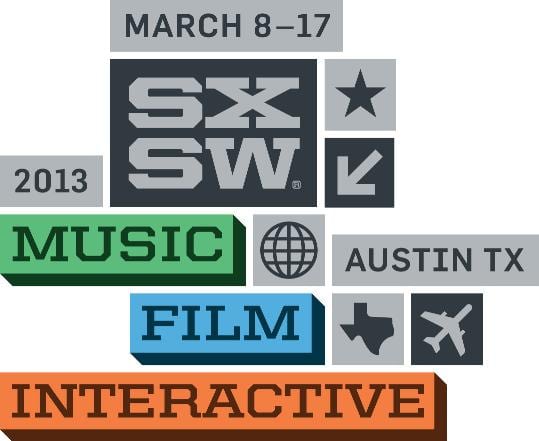 The Corvette is the most iconic of American sports cars and the 2015 Corvette Stingray is a beautiful new rendition of this car that brings it forward to modern times with grace, class, and finesse. Not to mention power. And plenty of it. Everything about the new-generation Corvette is beautiful. In the Stingray Convertible package, the 2015 Corvette becomes a car that once again captures the instantly-classic look of the ‘Vette and combines it with a more modern, European road presence to match its distinctive and beautiful new style. The body rolls with motion, even at a stand-still, and the engine rumbles with the promise of American muscle. Everything about the new Corvette is graceful power.

There are three basic trim levels for the Corvette in 2015: the Stingray, the Stingray Z51, and the Corvette Z06. The coupe ‘Vette has a removable roof (one-piece panel) while the convertible, as we drove it, has a heavy cloth roof that retracts automatically. The Z06 is the track-focused monster of the bunch with massive horsepower. We drove the 2015 Corvette Stingray Convertible with the optional 2LT and ZF1 packages. As I said, everything about the Corvette flows. Traditionally, the ‘Vette has had a saloon style with a long hood, muscular fenders, a midships windscreen, and a strong, muscular rear end that clips off quickly. The new Corvette keeps this basic look alive with a sloping, strong front end that is wide with tall fenders over the large front wheels. The “gille” slits of yore are replaced with a wide cut behind the front fender and a silver Stingray logo. The hood itself houses more slits, opening to allow air to exhaust from the intake to the radiator. This creates downforce and a style for the hood to go above the elongated twin flags of the Corvette logo beneath.

The belt line swerves from the muscular fenders down to the side mirrors and then curves back upwards to the huge rear haunches of the Corvette. This creates a side profile that looks much like a woman lying on her side, with distinct shoulders, waist, and hips in a sexy hourglass.

The rear of the car is wide, taller than the hood, and decidedly muscular. The rear wheels (on our packaging) are larger than the front and the fenders flare slightly to accommodate. The clipped hind end houses sinister lighting and another Corvette logo that promises power and movement.

Every cut and dimple on the 2015 Corvette Stingray is lovely when taken with the whole.

The Power Under That Stingray Hood Opening the hood, which hinges forward as Corvettes always have, we find that the large saloon fore of the car is not just for show. The engine sits behind the front axle – far enough back that the aluminum steering rack is plainly visible ahead of the accessory belt line. The radiator sits forward of everything, on a hard cant away from the cabin. This makes the back of the radiator face upward and allows the intake to split with the top quarter fed by the grille and exhausting out the hood while the bottom three quarters has a fan pulling air through from beneath the car and over the engine. This creates both powerful cooling and frontal downforce on the car to aid steering at speed.

The engine itself is an elegant 6.2-liter direct-injected V8. Known as the LT1, this engine produces 455 horsepower and 460 lb-ft of torque. Our tester included the highly-recommended, optional Exhaust Multi-mode Performance package which adds stainless steel quad pipes to the mix, boosting HP and torque by 5 points each. This also adds a lovely resonance to the already beautiful engine soundtrack the Corvette possesses.

The transmission at base is a 7-speed manual, but ours had the much-appreciated 8-speed automatic which both boosts fuel economy and adds comfort and convenience. That doesn’t mean it slacks on performance, though. We found the 8-speed to be far better at shifting than we could ever be and its performance tuning is unrivaled in our experience.

Finally, the 8-speed also changes the rear axle. The standard gearing ratio there is 3.42 and that’s changed to a 2.41 ratio with the 8-speed auto. The interior of the new 2015 Corvette Stingray is as premium as it gets without getting into supercar territory (and price tags). Everything is both elegant and comfortable while keeping with the sports car performance scheme. Our test model featured the beautiful Kalahari leather in its lovely light brown. The added heat and ventilation to those seats from the 2LT package was welcomed, as was the higher adjustability for those seats and the excellent badging stamped into the headrests. That package also adds a great heads-up display (HUD) that is very configurable and highly visible as well as several other comfort features most will find worth the $4,000 package price tag.

Big or small, the Corvette is a comfortable ride and relatively easy to get in and out of. I say “relatively” as it’s still a low-slung sports car in which you’re climbing around the frame to sink down into the cabin. As a final note, the trunk space is far larger than expected and will hold a bag of dog food and several sacks of groceries, even with the top down. So the Corvette isn’t entirely impractical. (You can use that line on your spouse.)

On the Road in the 2015 Corvette Stingray

Out on the pavement, the 2015 Corvette is both a beautiful highway cruiser and a powerful and responsive sports car. The Corvette in all of its generations has always been a good highway car with a love of the road that few can rival. In this 2015 Stingray, this is still the case but handling and performance metrics are such that this is one of the first ‘Vettes to be truly track worthy on top of that.

It’s a beautiful combination that few can master, but Chevrolet has managed it perfectly with this car. With 4-second 0-60 times (sub-5 when starting flat-footed), superior sport handling on the corners, and a comfortable, long-distance appeal when hitting the open road for a drive, the new Corvette does it all. Performance Driving in the 2015 Corvette Stingray

Speaking of performance, the power to be had in the Stingray is phenomenal given the car’s light weight. At about 3,300 pounds, that 460 horses gives a great power to weight ratio. This meant, for me, that starting from zeroes (idle RPM, 0 mph), a zero to sixty time of just 4.9 seconds and quarter miles in the 13-second arena was possible on public roads.

On the track or the runway, those times can be shortened considerably. Without laying rubber on the pavement, no less. The launch and traction control in the 2015 Stingray is phenomenal and for those wondering about “goosing it” to start, well, the engine holds RPM at about 4,200 when you’re holding the brake, which is the sweet spot for torque and thus the best launch position with the automatic transmission. Some smart fellers were involved in that design.

Cornering is beautiful in the new ‘Vette. A 90-degree corner at 65+ mph is not only possible, but nowhere near the break point for traction in this car.

There are no honest apples-to-oranges competitors for the 2015 Corvette Stingray anymore. The Mercedes-BEnz C63 AMG coupe has a huge engine but far less visual appeal, the 2015 Dodge Viper and 2015 Nissan GT-R are priced far ahead of the Corvette, even in its Z06 package. This leaves only the Porsche 911 as a possible contender, but it has less performance and a bigger sticker. Same with the BMW M4. The Corvette stands alone as an American sports car, as it often has.

One of the best-looking cars on the road, bar none. Explaining why it wins awards in Europe.

None. Outside of the inherent impracticality of a two-seat sports car, the Corvette has no drawbacks.

This is by far one of the best sports cars being offered today within a near-everyman’s price point. The 2015 Corvette Stingray is beautiful, fast, and handles far better than any other American car and most European ones as well. Truly a joy at all levels.

Test Period Length and Limitations
Our time in the 2015 Corvette was about a week long with a total of 328 miles driven. This was courtesy of General Motors as a press loan, which included an 8GB data card for use in the Performance Data Recorder.