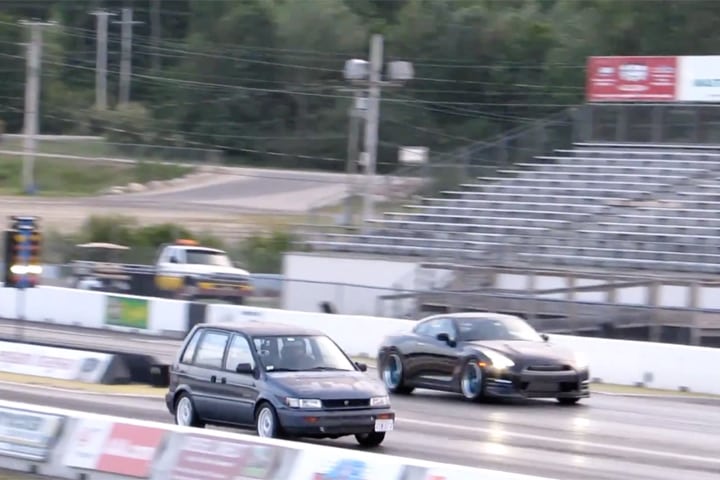 If we made a list of most forgettable cars to have ever been made, the Eagle Summit would very likely be in the top ten. It was a minivan built in the 1990s on the platform other Eagle vehicles shared. It’s only claim to fame was its all-wheel drive system, shared with some of the more iconic AMC/Eagle cars of the period. Someone took one of those forgettable minivans and converted the boxy horror into a drag strip kingpin.

Using an engine out of a Mitsubishi Evo (the 4G63, Leon Reitman took the 1993 Summit and made it a 450-horsepower, all-wheel drive drag behemoth. In this video, we watch it spank a Nissan GT-R and a Dodge Viper. Epic.

Yes, that’s a 1990s minivan doing 12-and-change on a quarter mile. To be fair, however, the GT-R should be capable of beating that time. The video makes it appear that the GT-R driver did something wrong at the beginning.