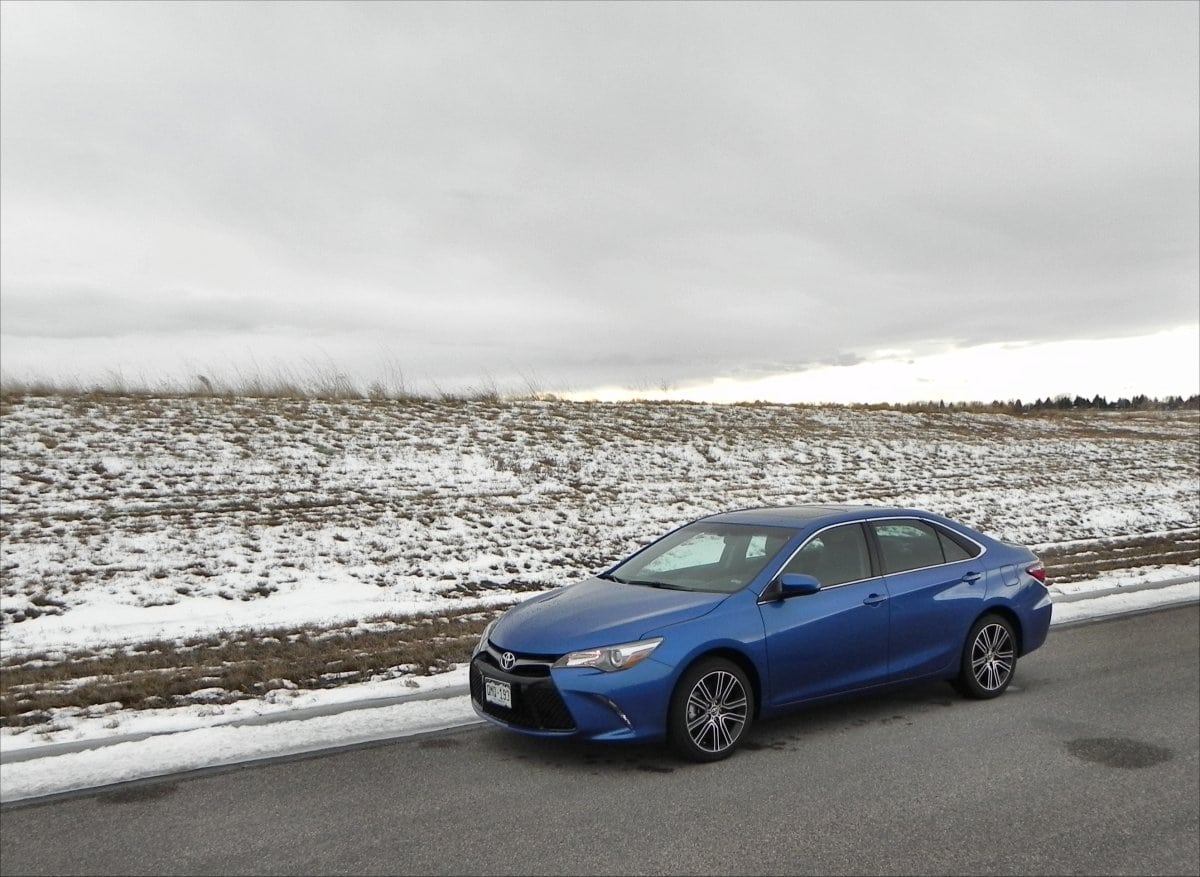 I always wanted to drive a monster truck. This week’s tester almost made me feel like I had fulfilled that bucket list wish.

The 2016 Nissan Titan XD is a big truck. Not quite Bigfoot or Grave Digger, but the Titan has a big name and is also now affiliated with a big name in the heavy-duty truck world. Cummins, once exclusive with Dodge/Ram is now a free agent and partnered with Nissan for the Titan heavy-duty truck. And really, there’s no better way to give yourself immediate credibility in the truck world, than having that big Cummins C badge on your truck.

The Titan needed that affiliation. Nissan seemed committed to getting relevant again in the truck world and what a splash they’ve made with the Titan XD.

When it comes to trucks, especially heavy duty ones, it’s all about power and payload. The Titan XD has a maximum towing capacity of 12,314 and maximum payload of 2,594 pounds. This is all thanks to the Cummins turbo diesel engine which gives the Titan 310 horsepower and 555 lb./ft. of torque.

The 5.0-liter diesel V8 is quite capable. Rear-wheel drive is standard (which for a truck, I never understand buying a RWD version).  My tester was the Pro-4X which comes with standard four-wheel drive. A six-speed transmission is the only offering for the Titan. The transmission is uninspiring and seems to lag during certain gears.

Note, I didn’t tow or haul anything during my week with the Titan, so I can’t discuss how it performs under those conditions. The Titan drives big, as I mentioned – like monster truck big. The Titan XD seems to drive bigger than other heavy duty trucks on the road.

Getting into the Titan XD is a challenge without running boards. My tester didn’t have running boards equipped and required all passengers to leap into, or climb up into. This was a major turn off to me, and would be for any consumer under six feet tall. Running boards are available through a Nissan dealership for $370 and are included in the SL and Platinum Reserve trims.

The exterior of the Titan is so drastically improved it’s a shell of what it used to be, and that’s a good thing. Amongst a crowded field of competitors, the Titan can hold its own in looks. It’s rugged and handsome without too much styling. Fog lights are integrated on the front bumper and flow seamlessly on the front end. There’s not a huge grille for the Titan, which in the machismo world of heavy-duty trucks, I find that to be refreshing. The heated side mirrors are extendable (great for towing) but can also be easily folded in.

Inside, the Titan has a big challenge. Interiors of heavy-duty trucks have become quite lavish. And in the past, the Titan’s interior has been lacking. There is marked improvement throughout the interior of the revamped Titan. As mentioned, the Titan is a big truck and feels big when you drive it, but it also feels big for all passengers. The cabin is spacious with a back seat that can easily fit any size adult comfortably.

While the Titan’s interior is the nicest it’s ever been, it seems to still lag behind the top competitors. Equally priced F-150s, Silverados and Sierras feel more luxurious although none can boast any more interior comfort or space than the Titan.

The gear shift has been moved to the steering column which frees up space for a neat, clean and well-organized center stack. This also contributes to the spacious feel of the Titan’s front seat.

My tester came with the “Titan Box” which is a handy storage box in the truck bed that can store tools or function as a cooler too. This was part of the Utility Package ($1100) that also includes other useful features like tie-down cleats, illuminated tailgate and 110v outlet in the bed. Standard features like gooseneck hitch, front tow hooks and spray-on bedliner are standard features.

The tailgate easily opens and drops down slowly. For $345 there is an electronic tailgate lock.

As is the case for all diesels, the EPA does not require fuel economy ratings. The Titan has a smallish fuel tank (when compared to other full-size trucks) of only 26 gallons. In a week’s worth of mostly suburban driving, I averaged 16 mpg.

The Titan is available in crew cab or 6.5-foot bed size. My tester was the bigger crew cab. There are five trim levels offered including S, SV, Pro-4X, SL and Platinum Reserve. My tester was the Pro-4X which has a hill-descent feature for any off road needs and also comes with a capable towing package and all-wheel drive. MSRP of the Pro-4X is $50,970. My tester had several additional packages which took the final price to $58,165. This may seem like sticker shock, but is the going price for a heavy-duty truck these days.

Gone are the days of beater trucks, as we usher in the era of luxury trucks that can do it all, but also wow us with interior comfort.

The 2016 Nissan Titan has big competition. Thankfully it seems up for the challenge. Now partnered with Cummins, the Titan is capable of regaining lost ground in the heavy-duty truck segment.

Nissan Debuts New Logo – A Total Change for the Company