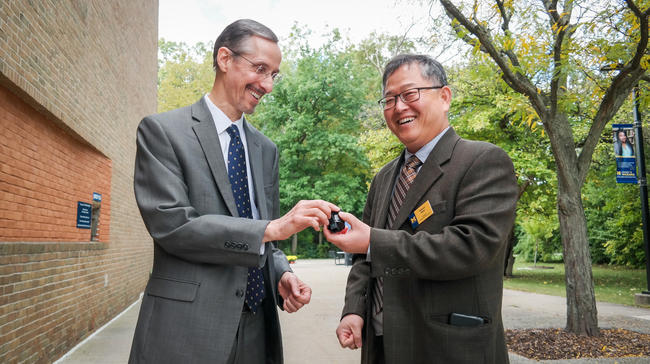 There seems to be a regular debate in the motoring industry, with consumers unsure of whether to buy or lease a car, but according to recent figures, it appears that car leasing has slightly got the edge.

Figures show that motorists spent a new monthly record of £3.6 billion on car finance deals in March 2017, which is a 13% increase compared to March 2016.

Personal Contract Purchases (PCP) appear to be the most popular method of leasing cars, as buyers can lease both new and used cars. Car leasing offers drivers more flexibility as there is no added pressure of having to sell the car on, and the buyer also doesn’t suffer the consequences from depreciation costs of the vehicle.

According to the head of motor finance at the Finance and Leasing Association, (FLA) Adrian Dally, motorists are actually behaving responsibly by leasing cars as opposed to purchasing them.

March came as a record-breaking month for car sales as a whole, as it came just before the changes of Vehicle Excise Duty in April of this year. After the changes occurred in April, sales fell back as people were discouraged from both purchasing and leasing.

Some consumer groups appear to be somewhat worried about PCP deals and argue that people should think carefully before committing to PCP deals. The chief executive of the Money Advice Trust, Joanna Elson, has stated “…it is important that the affordability of offers is fully assessed and that consumers are clear on the terms so that they know from the outset what they are committing to…”

However, many other economists disagree with these worries and agree that car leasing is potentially the better option as the lender has the option to return the car if they can no longer afford to pay for it. This seems like a more financially viable option than purchasing a car that they may not be able to afford after a while. They wouldn’t have the burden of having to worry about selling the car for much less than they paid for it due to depreciation costs.

At the end of the day, it is the car manufacturers who ultimately carry the risk with regards to car leasing deals as they promise second-hand values.

With so many things to consider when choosing whether to lease a car, it can be a tough decision to make. If you do choose to lease a car, then the business leasing deals at Flexed contain options to suit most budgets.