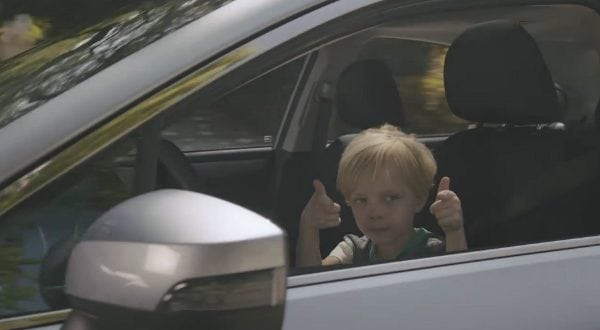 The Best Advice for Beginner Drivers

For any car owner, the idea of going through a crash isn’t one you want to think about – but it’s a reality you may find yourself having to cope with. When you love cars, the last thing you want is to find yourself forced off the road through circumstances beyond your control. Picking up the aftermath is never easy…

Dealing With A Crash

If you’ve lived it, you know how difficult it can be. If you haven’t, then the idea of coping is bad enough. Not only do you have to deal with possibility of physical injuries like whiplash, but you have to deal with the mental impact as well. Where you were once a confident driver, you suddenly find yourself suddenly terrified.

Then there is the practical side of dealing with of a crash. It could see you being without your car for a period of days or even weeks during repair; or perhaps it will be a full write-off from the start. You have to wait for the insurance to process the claim and handle the legal side with the law offices of Casey D. Shomo and similar if you the accident wasn’t your fault. The total time and energy spent on trying to repair the damage – practically, physically, and mentally – is overwhelming, and it’s enough to make us want to do anything to prevent it happening again.

To The Rescue: Crash Prevention Systems

Crash prevention systems are not a particularly new innovation; they have been appearing on cars for a few years now. Often, they are accessible in terms of price – this is one technological development that isn’t just restricted to those with a huge amount of money to spend.

On paper, these systems sound like the solution that every car owner has been dreaming of. With crash prevention, you have a second pair of “eyes” that can follow your every move. They can see and prevent problems you never would have. They don’t get tired; they don’t need to rest; they don’t get temporarily distracted by a phone call. They’re always on, monitoring the road, and keeping you safer on it. Even the NTSB agree that they’re a good idea.

So given that we’re taught to see these systems as the way forward in car design, it might rub against the grain to suggest they’re not the magic fix that we all want. It might be that this “good on paper” solution isn’t working so well when it’s being put into practice.

The good news is that studies have shown that these systems can make a difference to car safety – but the figures aren’t as good as some of us might have hoped.

Automatic braking systems are the most effective, with studies showing they improved safety by around 14%. That’s not bad, but it’s not great either, and the news doesn’t get much better. The 14% figure was from systems that trigger the braking of the car without any input from the driver. Some systems just alert the driver to the potential for a crash, and urge them to take action. These systems reported around a 7% increase in safety. “Blind spot assistance” – where the system has sensors which tells you when it’s safe to change lane – do not seem to have any difference in terms of safety.

It’s worth noting that these numbers are starting points for what is still a relatively new technology. Innovations continue, including work on systems that can anticipate a crash based off the driver’s body movement.

However, despite the fact that these systems have been in popular use for several years now, their reliability is not being reflected in the car crash statistics. In fact, 2016 was the deadliest year on American roads for a decade; this is a problem that’s getting worse, not better. A Warning From Another Industry

Technology has allowed humanity to do more, see more, and experience more than ever thought possible – but not without its costs. For example, there has been much speculation that autopilot is making aircraft less safe, rather than more so. This is a similar kind of technology to what is now being used in cars, with the same motive behind it: using tech to increase safety. Yet the opposite is being found to be true.

The problem is over-reliance. When a driver (or a pilot) is used to relying on a system to do work for them, they mentally switch off from it. With pilots, there’s also the issue that they might not know as much about the “rudder and stick” of a plane if they have always flown by a computer. This could potentially translate into cars, with drivers not knowing how to take evasive action in the run-up to a crash because they’re used to a system doing it for them.

So Are Crash Prevention Systems Worthless?

No – but it seems they are not the magic solution that drivers have been hoping for. Worse still, they could be a real problem if they encourage over-reliance.

If you drive with a crash prevention system, then you need to be aware this might happen to you. What happens if the system fails? The system should always be a back-up, a last resort, rather than tech that allows you to switch off from basic driving fundamentals.

It’s better to see these advances as being part of the solution to making the road safer. We still need to better advise people about the dangers of being distracted, especially the risks of using your phone while driving. This is often referred to as “texting and drive”, but the problem is deeper than that: drivers shouldn’t have their phone in their hands for any reason. This alone has been suggested to be one of the reasons the road death statistics are still so high.

We’ve come a long way and crash prevention has its place as part of the battle, but it looks like the war is still long from being won.